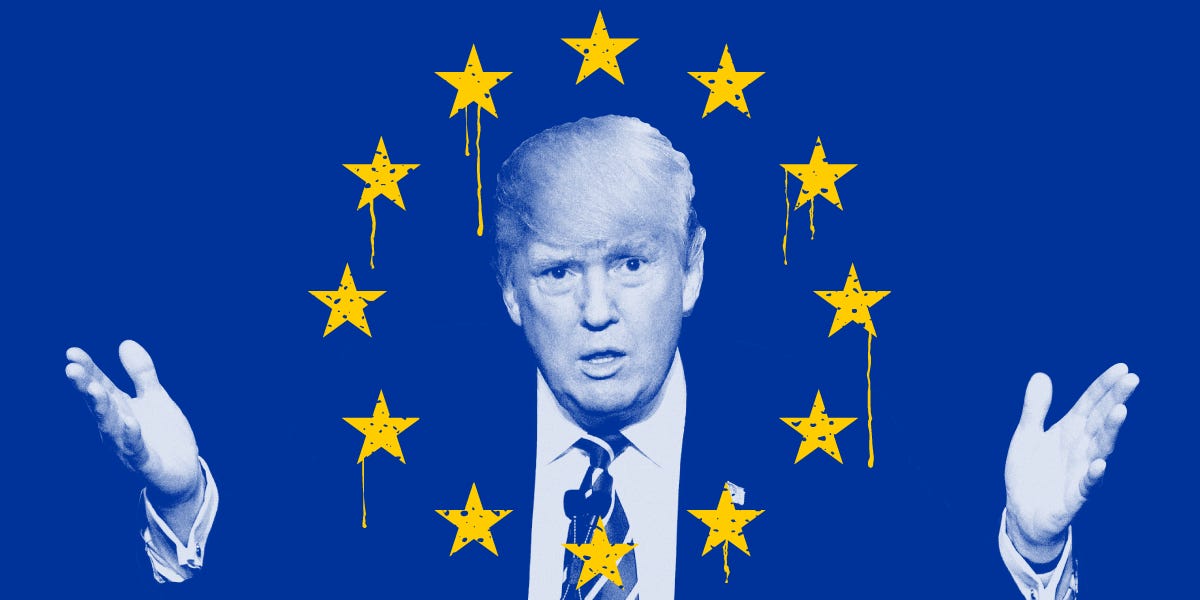 The newly announced U.S. tariffs against Europe are not likely to help ease tensions on the world market.

The whistleblower affair has put intense domestic political pressure on Donald Trump. Even impeachment is on the table. The American president reacts to domestic political pressure just as he has in the past: He turns to trade policy. Two weeks ago, a rumor circulated that Trump was considering excluding Chinese businesses from U.S. stock exchanges. As a result, the stocks of the affected companies plunged.

Last week, the World Trade Organization penalized the EU in the commercial dispute over Airbus and Boeing. Airbus received subsidies from European states that violated WTO regulations, and as a result, the U.S. was granted the opportunity to levy punitive tariffs of up to 100% on EU imports worth $7.5 billion. Robert Lighthizer, the U.S. trade representative, announced that new tariffs on EU imports would be introduced on Oct. 18. A list of the affected goods is already available. Aircraft will be subject to a 10% tariff, while agricultural products will face a 25% tariff. The full list far exceeds $7.5 billion and is equal to $25 billion worth of EU imports. So, the U.S. needs to go back to the drawing board, or it will exceed the extent of permissible tariffs by a long shot.

If Trump adheres to the WTO ruling and imposes punitive tariffs on goods valued at $7.5 billion, it will affect less than 2% of all EU exports to the U.S. In contrast, the EU exported around $7.7 billion worth of steel and iron products in 2018, even though these goods have been subjected to a 25% tariff since March 2018. The negative consequences of this measure alone should thus be manageable for the European economy as a whole. However, certain sectors and countries, like wine products in France, for example, could be more seriously affected. The U.S. punitive tariffs specifically target Germany, France, Spain and the United Kingdom, as these countries were involved in the unlawful Airbus subsidies.

No Easing of Tension

The WTO’s decision comes at a bad time for the world economy. Brexit and, especially, the preexisting trade conflict with China and the EU has put strain on the international markets and thus on global economic growth. In the major EU national economies, growth has slowed significantly. Germany, for example, could soon find itself technically facing a recession. The newly announced U.S. tariffs against Europe are not likely to help ease tensions on the world market.

The punitive tariffs imposed on Airbus are the result of a multilateral commercial dispute arbitration within the WTO. The decision is also not particularly surprising or out of the ordinary. The dispute over Airbus and Boeing has been going on for 15 years. As a temporary solution, both companies received state subsidies and neither put a stop to them in a timely manner, thereby also violating WTO rules. As a result, the WTO will likewise grant the EU an opportunity to introduce punitive tariffs.

But by then, Trump will have already decided whether (and in what way) the U.S. will introduce tariffs on automobile imports from the EU. There is only an increased likelihood of that happening. With the WTO’s decision, Trump can now take his rhetoric and present it as fact. Accordingly, had the Europeans (and China) consistently treated the U.S. unfairly in trade policy, they would have been able to utilize this behavior to establish a trade surplus with the U.S. The Airbus decision only serves to confirm this, and it’s time to put an end to these unfair practices.

Therefore, tariffs on European automobiles are also justified. Trump could follow a similar line of reasoning. The fact that the U.S. lost a comparable case about Boeing before the WTO will not make the American president change his argument.