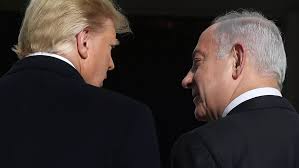 Foreign action by Europe could play a leading role in resolving the Israeli-Palestinian conflict.

On the one hand, the rejection by 50 European dignitaries of what Donald Trump calls a Middle East peace plan reflects the insubstantial nature of the proposal launched by the U.S. president in a campaign spirit and the Israeli prime minister; on the other, it bears witness to the breakdown in international consensus regarding the potential of a just solution to the Israeli-Palestinian conflict.

It is significant that the 50 signatories of the document rejecting the plan – among them former foreign ministers, prime ministers and leaders of the European Commission, the U.N. and NATO – form part of a broad democratic ideological spectrum, ranging from conservatives to socialists, from liberals to environmentalists. The diverse condemnation of Trump’s project dismantles any hint of political motivation to their arguments, which Benjamin Netanyahu is once again seeking to denounce. The Israeli prime minister continues to unlawfully attack the most severe Israeli critics of this policy.

Above all, the Trump and Netanyahu initiative would enshrine the indefinite occupation of the Palestinian territories. It does not guarantee the creation of an independent state as required by international law, and in exchange for an insufferable fragmentation of Palestinian territory, it offers only vague promises of funding for its population. The 50 European dignitaries who have signed the denouncement have done the same thing that Trump always does: They have called things by their proper name. Thus, they have used the term apartheid to warn of the real consequences that implementation of this unilateral plan would have: a situation that would be incompatible with the democratic nature of Israel, denounced by the many voices in the country alarmed by the Palestinian issue and aspects of its internal policy.

One of the most damaging things that the current U.S. president has done to the peace process in the Middle East has been to destroy, through unilateral decisions, the privileged role that Washington has historically played as a mediator between the two sides. That role has disappeared – due to the exclusive responsibility that Trump himself assumes – which explains why foreign action by Europe has taken on a more active role in the area. The EU must play an effective role, which, as difficult it may seem today, does not give up on promoting a fair agreement between Israelis and Palestinians capable of ending a conflict that has been going on since the last century. In America we cannot trust.

About Stephen Routledge 87 Articles
Stephen is the Head of a Portfolio Management Office (PMO) in the public sector. He has a BA Honours Degree in History & English and a Masters in Human Resource Management (HRM). He studied a BSc Language Studies Degree (French & Spanish) and is about to start his Masters in Translation (Spanish to English). He has been translating for more than five years for various organisations and individuals, with a particular interest in world politics and current affairs.