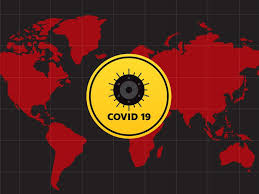 The COVID-19 epidemic demonstrates the importance of multilateralism at a time when nationalism and U.S. isolationism is calling it into question. What if the pandemic helped us build new relationships?

The world is closing in on itself as the coronavirus epidemic expands. Confinement measures are becoming widespread and travel is decreasing both at home and abroad. Borders are closing one after another in a largely uncoordinated manner, as exemplified by the U.S. president’s unilateral decision to suspend flights from Europe. Self-interested and confrontational behavior is reported on a daily basis. The European Union announced restrictions on exports of personal medical protective equipment (masks, gloves, etc.). China and the United States are exchanging insults related to the origin of the virus: The Trump administration refers to it as “Wuhan pneumonia” and the “Chinese virus,” to which the Chinese government has responded by spreading the conspiracy theory that the virus was engineered by U.S. laboratories. But the top prize no doubt goes to the Trump administration’s attempt to buy CureVac, a German company working on the front lines to develop a COVID-19 vaccine.

We’re living in an era marked by an “every nation for itself” mentality. Though a meeting of the G-7 via videoconference took place on Monday, its feeble conclusions (Who heard about them anyway? Not even the financial markets.) fell short of reassuring us that international cooperation can be successfully revived.

It’s true that international cooperation was in a very sorry state even before the pandemic was declared. The fact that Emmanuel Macron took the initiative to ask Donald Trump for a G-7 meeting when it’s currently the United States’ turn to preside over the organization perfectly illustrates this. The crisis of multilateralism was diagnosed several years ago, on the one hand with the American liberal order in a rut and being challenged by countries like China and Russia, and on the other hand with the rise of nationalism and populism, whose partisans view multilateral cooperation as a threat to sovereignty.

Countries Could Learn from One Another

Yet, the current COVID-19 epidemic demonstrates the important coordinating role the World Health Organization plays. Certain processes have worked better than in the past. China cooperated much more quickly with WHO than it did in 2003 during the SARS crisis, with the country sharing the novel coronavirus’ genetic sequencing as early as Jan. 12. Even Iran agreed to receive a WHO mission on its soil. In addition, following the 2014 Ebola epidemic in West Africa, WHO strengthened its epidemic response capacity by creating the Health Emergencies Program.

Despite the progress that was made, the organization’s director general still laments that certain governments won’t share their epidemiological data and that more than one-third of the countries adopting border closure measures didn’t report them to WHO, even though it’s mandatory for member states to do so. Out of the $675 million the organization needs to implement its strategic response plan, they have only received $100 million to date.

The wide range of national responses to the health crisis also shows that countries could stand to benefit from learning from one another. The recommendations issued by WHO over the course of the crisis are important in this regard, but information sharing could have occurred at an earlier stage. Although the current pandemic gives the impression that the world is improvising its effort at unity, some countries appear to be better prepared than others. For example, South Korea learned a great deal from its experience with the Middle East respiratory syndrome coronavirus in 2015, which helped it to be at the top of its game when it comes to testing people infected by COVID-19, identifying them at an earlier stage and maintaining a lower death rate.

A Call for a 3-Pronged Solidarity Approach

Technical coordination, although admittedly imperfect, should serve as the foundation of a strong, shared political commitment made by all countries. Global response to the disease is negatively impacted without this commitment. WHO is not a supranational authority with the power to force countries to cooperate. Countries can also learn about the importance of a coordinated response from the 2008 economic and financial crisis. The EU seems to be going down this road: Although its health response looked disorganized at the continental level, major economic support measures have recently been adopted.

International cooperation seems indispensable and we need to be committed to rebuilding multilateralism in a short span of time. It will be easier if governments don’t tear each other to pieces during the health crisis. What’s more, cooperation is an effective way to combat fear. If a treatment or vaccine is developed for COVID-19, it would be reassuring to think that it will be available to the entire world. Just one month ago, WHO Director General Tedros Adhanom called on the world’s nations to adopt a three-pronged solidarity approach incorporating scientific, financial and political cooperation. The coming days will be critical from this point of view as cases start to increase in Africa and Latin America. Let’s hope that his voice will finally be heard.