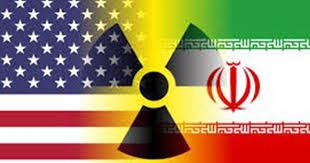 While only six months remain until weapons sanctions against Iran under U.N. Security Council Resolution 2231 expire, the United States is once again trying to deny Iran its legal and previously negotiated right.*

Even with the use of unprecedented political and economic pressure, the U.S. government has been unable to advance its policies in the Middle East more than previously, and now believes ending weapons sanctions will complicate the situation for the United States. Canceling the arms embargo would allow Iran to buy and sell weapons, which, in the view of the U.S., could upset the military power balance of the region, and give Iran, which already has the capability to export weapons, access to a new source of income. This explains the United States’ insistence on either extending weapons sanctions or introducing a new proposal with the same limitations. But accomplishing such a task will neither be easy nor without consequence for the U.S.

The signatories of the Joint Comprehensive Plan of Action and the permanent members of the U.N. Security Council know that such a proposal could bring a permanent end to the nuclear deal and lead to far-reaching consequences. For example, Iran might interpret such a move as a hostile action and in response fully withdraw from not only the JCPOA but the Nuclear Non-Proliferation Treaty. Either of these outcomes could further complicate the situation for all of the countries involved.

Given that Iran has so far not experienced any of the promised economic benefits of the JCPOA, extending the arms embargo either through an interpretation of Resolution 2231 or with a new resolution would count as a violation of previous commitments in Iran’s view, giving it no reason for further restraint. The permanent members of the Security Council and the remaining parties to the JCPOA also have another reason to oppose the United States’ ambitious policy: Agreeing to such a proposal would be rubber stamping the U.S. policy of unilateralism, telling the U.S. that it can accomplish whatever it likes without needing to consult other countries or heed its international commitments. If Washington’s policy of coercion is successful against Iran, why wouldn’t it employ the same strategy against China, Europe or Russia? Donald Trump’s foreign policy is based on the philosophy that as the world’s most powerful country, the United States, can pursue what it considers optimal for itself without input from other countries, and these nations will have no choice but to comply with American demands. Each of the United States’ actions up until this point has been an opportunity to put this belief to the test. How the world deals with the expiration of weapons sanctions against Iran will mark a climax in the conflict between this hollow philosophy and the reality of our multipolar world.

Ultimately, imports and exports of weapons and military equipment are not vital for the economy or the security of Iran. Even under the weapons embargo, Iran has played a key role in defeating the Islamic State, revived a policy of deterrence against the U.S through the missile attacks on Ayn al-Asad airbase, and maintained military balance in the region. With or without weapons sanctions, Iran can continue playing this central role and even increase its capabilities. Over the last seven years, the Rouhani government has been committed to a policy of multilateralism and respect for international norms, but if these sanctions are extended, the real risk is that Iran might abandon these standards. If the Security Council and the signatory countries of the JCPOA choose not to treat Iran as a member of the international community, Iran will forge its own path against those who trample on international regulations and agreements.

*Editor’s note: U.N. Security Council Resolution 2231 was a July 20, 2015 resolution endorsing the Joint Comprehensive Plan of Action on the nuclear program of Iran, setting out an inspection process and schedule while also preparing for the removal of U.N. sanctions against Iran.

The author is the director of the World Studies Program at the Center for Strategic Studies.