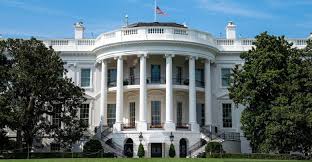 The first West Wing infections have rattled life in the White House, but the president’s confinement is very unorthodox, looking ahead to the Nov. election.

No one who has followed American news for the past several months will be surprised by the fact that there are few people as averse to germs and infectious diseases as Donald Trump. The same president who spent weeks downplaying the risk of COVID-19, who will not wear a mask under any circumstance, and who is eager to reopen the country as soon as possible has been a self-confessed germaphobe all of his life. He hates shaking hands and washes his own hands obsessively. It drives him crazy when someone sneezes in the same room, and he has always avoided pressing ground-floor elevator buttons. When his youngest son Barron was just one year old and became ill, Trump requested that he be kept at a distance.

Trump himself has talked about his issues throughout his public and notorious life. “I’m not a big fan of the handshake. I think it’s barbaric. I mean, they have medical reports all the time. Shaking hands, you catch colds, you catch the flu, you catch this. You catch all sorts of things. Who knows what you don’t catch?” he warned in 1999, on the NBC show Later Today. “The other day a man comes up, he’s walking at me, he sneezes. He grabs his nose. He sneezes. And he sees, he grabs … Now, I’m supposed to shake his hand and be happy with it?” he said a month later, in another interview when he first considered entering the race for the White House. In July, while ABC was recording an interview in the Oval Office, Trump interrupted the conversation: “I don’t like that, you know. I don’t like that,” he said suddenly. His acting chief of staff at the time, Mick Mulvaney, had coughed. “If you’re going to cough, please, leave the room. You just can’t, you just can’t cough. Boy, oh boy,” Trump said, with irritation.

And Anthony Scaramucci, who briefly worked as the White House communications director, said that once when he was about to sit down in Air Force One — the presidential plane — Trump noticed that Scaramucci had a cold. The president called for the physician who invariably accompanies him — back then, it was Ronny Jackson — who gave Scaramucci a penicillin and cortisone injection in his backside. Only then was he allowed to share the same space with Trump. On a different day, while they were working, Scaramucci licked his fingertip to turn over some pages and Trump snapped at him: “What are you, disgusting?”

History has decided that the worst pandemic in a century should chance upon a U.S. president who is a reality television star with an aversion to germs and disease. Someone who has also ignored the most basic recommendations promoted by his own government: During the event in mid-March where he solemnly announced the declaration of a national emergency, Trump also proceeded to shake hands with every other speaker; he has refused both implicitly and explicitly to wear a mask; and, sure enough, he has resumed his travel schedule with his reelection campaign in mind. It is a trademark inconsistency, halfway between his well-known contradictory spirit and a very specific political calculation.

However, last week, when both his personal valet — a member of the military who takes care of him — and an aide to the vice president tested positive, the alarms went off at 1600 Pennsylvania Avenue. The Republican was infuriated to learn that the valet had not been wearing a mask — government sources told The New York Times — and now Trump hates when people get too close to him.

And that may be unavoidable. The West Wing of the White House is a place that is crawling with people, particularly during the greatest crisis since World War II. “It’s scary to go to work,” admitted Kevin Hassett, the White House’s economic adviser, on CBS last Sunday. “It’s a small, crowded place. It’s a little bit risky. But you have to do it because you have to serve your country,” he added.

The turning point occurred a mere three days earlier. On Thursday, May 7, CNN shared news of the infection of Trump’s personal valet, someone who had been in the same room as the president on the previous Tuesday. Both Trump and Pence were found to be negative on immediate testing. On Friday, Vice President Mike Pence’s spokesperson Katie Miller tested positive as well. The news arrived as Pence and several cabinet members were already on board the official plane, about to leave for Iowa. And even though Miller was not part of the entourage, six aides who had been in contact with her disembarked in order to be tested. The tests came back negative but nonetheless, the aides went home as a precaution.

As much of White House staff as possible is currently teleworking — a practice that, until this time, had not been eagerly recommended — and the president, vice president, and their surrounding teams now undergo quick tests on a daily basis, instead of once a week. Stephen Miller —Trump’s chief advisor on immigration and the husband of Pence’s spokesperson —will not set foot in the White House any time soon. Three members of the president’s coronavirus task force are under modified quarantine, including epidemiologist Anthony Fauci — who, for the American people, is the public face of scientific outreach concerning the virus.

And sources in the administration told local press that those masks which upset Trump so much because he saw them as a sign of weakness — and, above all, as conveying an image of severity at a time when he must fight for reelection — have now become mandatory for everyone. Except for Trump, who never appears with one. And the use of hand sanitizer has become more widespread, something which the New York tycoon already used with zest when he arrived in the White House three years ago.

Confined as they are to the West Wing of the White House, very little is known about Melania Trump and the couple’s son Barron, not that they are further away from the spotlight than usual. The social and economic crisis that the country is undergoing a few months prior to an election is starting to take its toll on Trump. On Sunday, which was Mother’s Day, he tweeted 126 times (the third-highest number of his presidency), lashing out left and right. And a few weeks ago, Trump even expressed anger with conservative news outlet Fox — his preferred network — for spreading what he called “Democratic talking points.” The pandemic has rattled 1600 Pennsylvania Avenue.