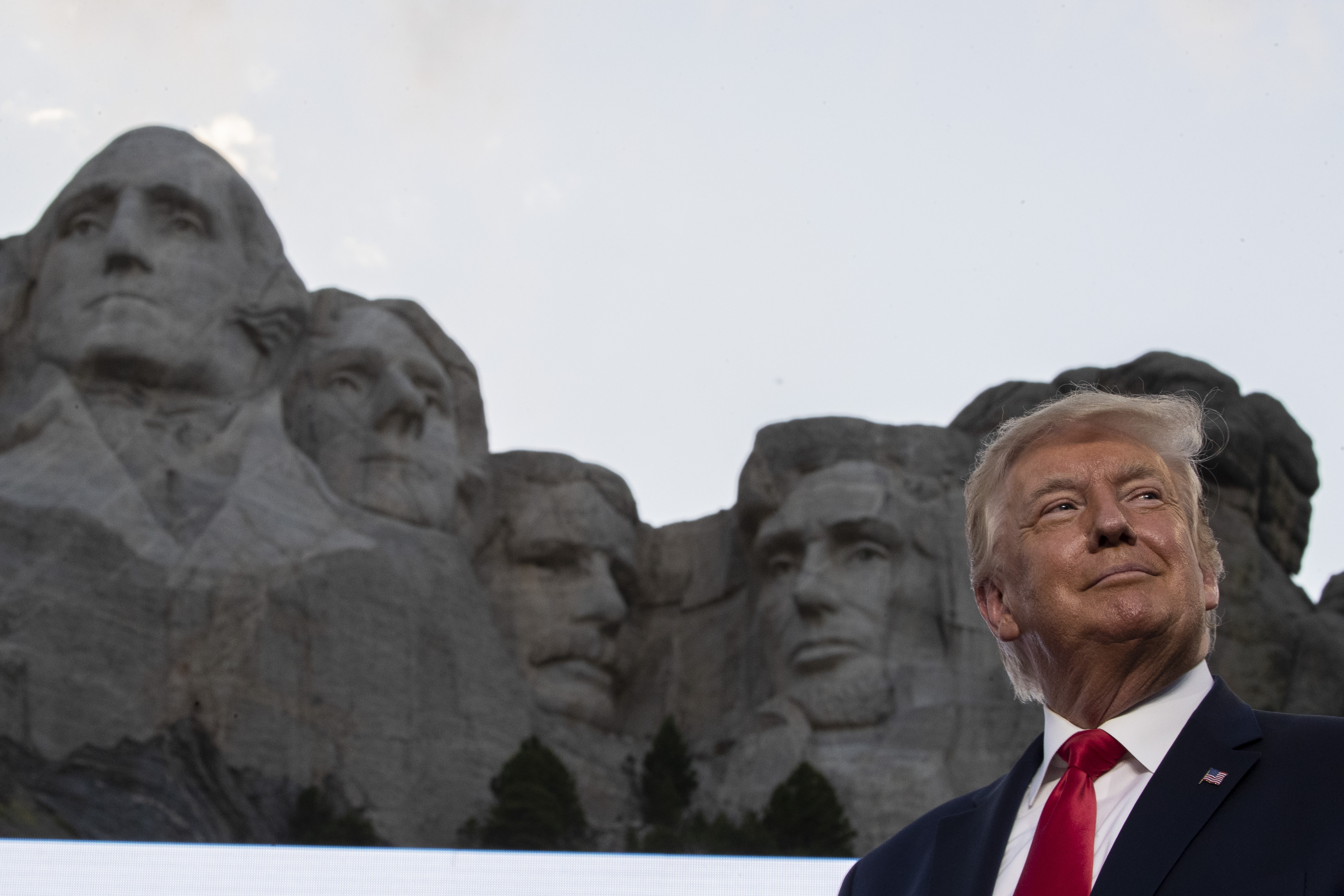 Mount Rushmore is, it could be argued, the most impressive monument dedicated to honoring the founders of the United States of America. Located in Keystone, South Dakota, it is a gigantic sculpture created by Gutzon Borglum and his son Lincoln, with copies of busts of four Presidents: George Washington, Thomas Jefferson, Abraham Lincoln and Theodore Roosevelt. Each one measures about 18 meters and is sculpted from granite.

It is a sign of our times that for the first time in the history of Mount Rushmore, it has become the subject of national controversy, in light of the current pressure to grant African Americans true equality. Why? Groups defending racial equality floated the possibility of eliminating Washington and Jefferson from the monument, since they were slave owners.

An analysis of the merits of the proposal must wait for a different column. For now, it is sufficient to point out that this is happening during a profound cultural upheaval, in which any vestige of recognition for the cause that the secessionist states defended in the Civil War is being eliminated. The major Southern cities in Alabama, Georgia, Louisiana and other states have taken down statues that glorified the Southern generals. The famous secessionist flag, which can still be found on some state flags, was also dismissed. Those who still defend keeping these symbols of the Confederacy are deeply conservative.

After all, unlike Mount Rushmore, the Southern generals of the Civil War were not just slave owners. They rose up against the Union and put together a powerful rebel army that came close to defeating Lincoln in the Civil War, which cost thousands of lives on both sides.

These are the circumstances in which President Donald Trump decided to stage a macro-event to commemorate July Fourth, the United States’ Independence Day.

Trump’s speech was, predictably, full of hate and divisiveness. He ranted against his opponents, against what he called “the destruction of this resplendent heritage,” in defense of the toppled statues and promised to build what he called a “park that will feature the statues of the greatest Americans to ever live,” where the past of the nation would be commemorated — although he gave no details about how this park would represent the dark era of American slavery and the systemic racism from which minorities in the country still suffer.

But, in addition to the cultural controversy, which frankly has electoral goals, Trump once more violated the accepted protocols for impeding the spread of COVID-19, and his staff did the same. The fact that the United States has registered 50,000 cases of infection in a single day for the third consecutive time did not appear to be important. And it is beyond belief that, given his irresponsible conduct, he hasn’t been infected himself. The Secret Service, charged with the security of the president and his family, and of the vice president and his, forced Vice President Mike Pence to cancel an event because there weren’t enough agents to protect him, since the number of them who are isolated after testing positive for coronavirus is so high.

Next Wednesday, Trump will meet with the President of Mexico, Andrés Manuel López Obrador, in the White House. Only Jair Bolsonaro of Brazil is missing from a meeting of the three leaders who have shown the greatest irresponsibility in handling the pandemic. At present, it is reasonable to anticipate that neither Trump nor Lopez Obrador will use a mask and that they will shake hands, providing the worst example to the citizens of both countries, in which thousands of citizens die and are infected every day. It may be populism, or ignorance, or vanity, or personal political considerations, but while a good portion of the world is reaching the edge of the pandemic, Mexico and the United States cannot even foresee that happening.