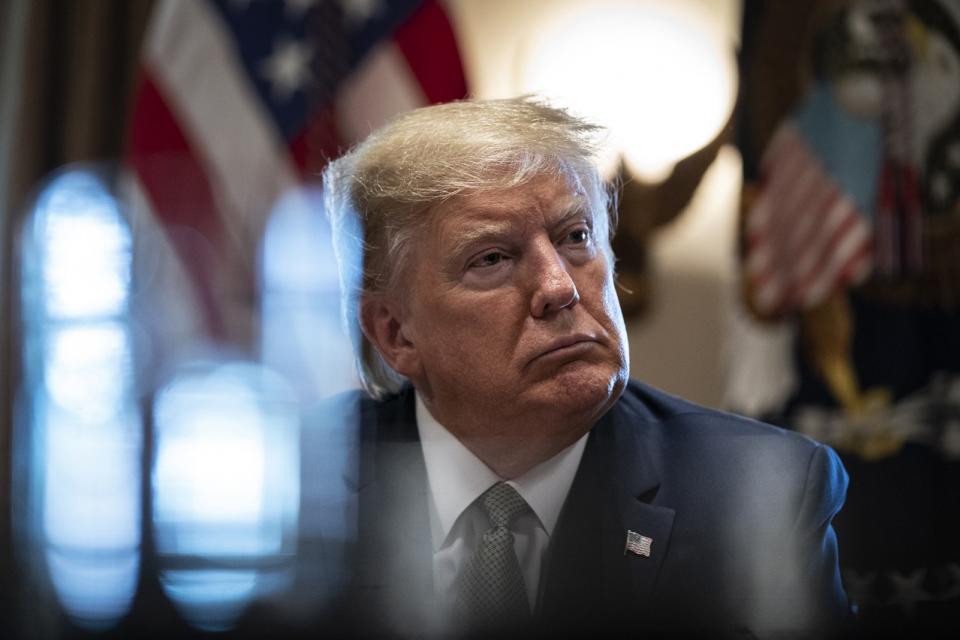 The severity of the institutional problem that has been America’s refusal to recognize the International Criminal Court has only increased since late June. In the world-system conceived by Immanuel Wallerstein, America is still trapped in its historical exceptionalism, which consists of a double standard: to judge itself and the rest of the world differently. Apart from isolating itself (America left the World Health Organization in late May), America continues to announce unilateral sanctions against organizations and countries.* The long arm of Washington reached the Hague-based court when it had the nerve to investigate crimes committed by American troops during their invasion of Afghanistan.

It goes like this: on June 11, in response to the decision of the ICC, Donald Trump issued Executive Order 13928 to blockade the assets of some of the ICC’s member states.** The response, a document created by the U.N.’s biggest group of independent experts on human rights, came shortly thereafter. It was issued on June 25, and it regarded Trump’s sanction as a “direct attack” to the judicial independence of the organization and the 123 nations that signed the Rome Statute of 1998.

America does not recognize the ICC as a resource to try war crimes and crimes against humanity committed by natural persons. The specialists, rapporteurs from the U.N. Human Rights Council, claim “These threats constitute improper interference with the independence of the ICC and could also have potential adverse impacts on human rights defenders, civil society organisations and victims’ representatives … ”

Since the creation of the League of Nations in 1919, which America was not a member of, and which was dissolved in 1946 in order to create the U.N., America has frequently attempted to hobble multilateral organizations. For instance, just recently, Trump abandoned the U.N. Human Rights Council in June 2018. The following year, in December 2019, the American government didn’t even claim to be acting in self-defense by helping its unconditional ally, Israel, warning of “consequences” if the ICC launched any type of “illegitimate” investigation of alleged crimes in the occupied Palestinian territories.

Diego García-Sayán, the U.N. special rapporteur on the independence of judges and lawyers, responded: “The implementation of such policies by the US has the sole aim of exerting pressure on an institution whose role is to seek justice against crimes of genocide, war crimes, crimes against humanity, and the crime of aggression.”

The tension between America and the ICC escalated when Chief Prosecutor Fatou Bom Bensouda received the support of one of the Appeals Chambers of the ICC. On March 5 of this year, the Chamber decided unanimously to authorize Bensouda to investigate possible crimes committed in the Islamic Republic of Afghanistan, which is still occupied by 13,000 American troops. John Bolton, one of the hawks in the White House that advised Trump until he was dismissed last September, was the most inflexible of all of the officials when he referred to the ICC: “We will not cooperate with the ICC. We will provide no assistance to the ICC. We will not join the ICC. We will let the ICC die on its own.”

But the ICC is far from being dead and there are those who defend it from Washington’s threats. “The use of unilateral sanctions against international judges and international civil servants constitutes a clear violation not only of their privileges and immunities, but also of a broad spectrum of rights of the targeted individuals,” several U.N. rapporteurs, who receive no salary for their work, are independent of any government and act individually, said in a statement. Among them is Argentine Fabián Salvioli, who serves as the U.N. Special Rapporteur on the promotion of truth, justice, reparation and guarantees of non-recurrence.

Bensouda is, for now, the main individual target of the Trump administration. According to ICC reports, the crimes she investigates in Afghanistan affected 699 victims, 61 of which were tortured by the occupying forces. America even revoked the visa of Bensouda, who also investigated Taliban crimes. America’s Attorney General William Barr claimed last month that this was aimed at “holding the ICC accountable for exceeding its mandate and violating the sovereignty of the United States.”

This notion is closely related to the doctrine of Manifest Destiny claimed by America since the times of its Founding Fathers and is analyzed by French journalist Thierry Meyssan. Last year on April 2, as president and founder of the Voltaire Network, Meyssan published an article on American exceptionalism in which he wrote: “they consider that they follow the ‘Will of God’ while their enemies refuse to do so, and therefore condemn them with greater severity for the same behaviour they allow themselves (the double standard).”

The position of the American government has been evident ever since the Rome Statute, which governs the ICC, was signed. America considers itself to be an “exceptional nation” that should not and cannot be conditioned by the universal principles that apply to other nations.

According to some academics, this conflict constitutes an ethical dilemma. In 2011, Thomas Bender, a respected American historian and author of “A Nation Among Nations: America’s Place in World History,” told our publication that “we accept our imperialistic activities as fair because we think of ourselves as being ‘apart’. We believe that we are helping the people we are invading. This exceptionalism is inherently contradictory: we do not share the history of the world, but any foreign national history seems, to us, like an emulation of our own, as if everyone should go in the same direction as we go.”*** Evidently, nothing has changed and Trump’s attack on the ICC is the same old story.

*Editor’s note: Trump announced in late May that the U.S. would withdraw all funding from WHO and eventually its own membership, but made the formal decision to leave the organization on July 6 of this year. However, since withdrawing requires a year’s notice, the U.S. won’t officially leave until July 6, 2021.

**Editor’s note: Executive Order 13928 specifically targets ICC personnel who “have directly engaged in any effort by the ICC to investigate, arrest, detain, or prosecute any United States personnel without the consent of the United States.”

***Editor’s note: Although accurately translated, the quoted remark could not be independently sourced.