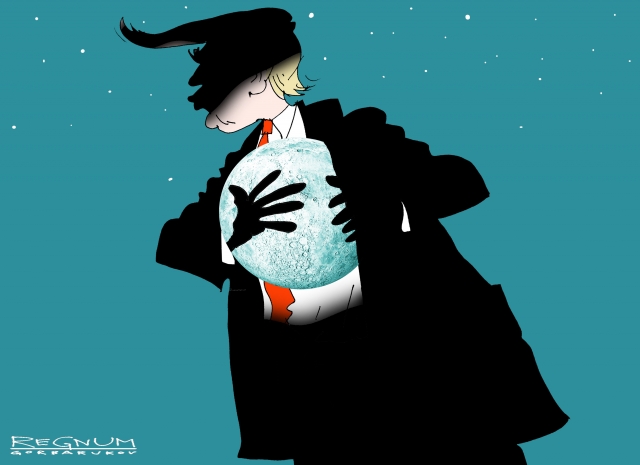 In its Fiscal Year 2021 Budget for NASA the Trump administration proposed giving the organization $4.7 billion. The money was to go toward research and development and the Human Landing System. These figures were calculated to ensure that NASA would be able to send astronauts to the moon by 2024.

However, the U.S. House of Representatives was happy to disagree. The subcommittee that funds NASA amended the offer to $1.56 billion for research and development. This means that just over $600 million will be going toward the development of the Human Landing System in the next fiscal year, which is not enough to achieve the goal of landing on the moon in 2024.

NASA Administrator and Republican Rep. Jim Bridenstine* reacted to this news in his usual calm manner:

“I want to thank the House Commerce-Justice-Science subcommittee for the bipartisan support they have shown for NASA’s Artemis program. The $628.2 million in funding for the Human Landing System is an important first step in this year’s appropriations process. We still have more to do, and I look forward to working with the Senate to ensure America has the resources to land the first woman and next man on the moon in 2024,” he said in a released statement.

Someone less levelheaded than Bridenstine might have responded differently, saying, you hacks in the House have no idea what it’s going to take to send Americans back to the moon. I hope the Senate will understand.

An analysis carried out by Eric Berger at Ars Technica suggests that the Senate is likely to be more generous when it comes to the Human Landing System and research as a whole. The House of Representatives’ amendments are just the beginning of a long budgeting process, which, as Berger assumes, will be tied to the COVID-19 pandemic and the 2020 presidential election.

Bridenstine is probably happy that the Democrats at home have given him at least something for a moon landing, regardless of whether that’s for the 2024 target or another date. Nevertheless, the NASA funding bill demonstrates that the House of Representatives is prepared to play the party game – if not with the moon landing program then, at the very least, with the date of the landing. This situation has got to be a source of frustration for the NASA administrator, who has been relentlessly nonpartisan in his efforts to achieve the goal of landing on the moon in 2024.

The reason why NASA wants to land the “first woman and the next man” on the moon in just four years lies in the desire to avoid a case of the same attention deficit disorder that led to the cancellation of the last two attempts to put Americans on the moon. Scheduling the landing for a relatively close date would create strong enough political momentum to build a lunar base and subsequent missions to Mars.

The Democrats in the House of Representatives don’t view the 2024 date in such a broad sense. They see it as a conspiracy set up by President Donald Trump, which he has invented as a means of burnishing his future reputation, i.e., by having Americans land on the moon by the end of his hypothetical second term. And nothing drives the Democrats crazier than anything that might work in President Trump’s favor. With this in mind, rather than giving NASA a generous budget, which could accommodate a 2024 moon landing, the leader of the House of Representatives has offered enough funding to possibly facilitate a lunar-surface landing in 2028; if it ever happens at all.

Berger is absolutely correct in saying that the final budget will not be ready until December at the earliest. It’s no accident that this date comes after the presidential election: This then suggests that the look of the 2021 NASA funding bill will depend more on the election results than on the squabbles between the Democrat-ruled House of Representatives and the Republican-controlled Senate.

If Trump wins the election, then he can claim a mandate on a broad spectrum of issues, and space is just one of them. The final spending bill will, with a high degree of certainty, keep the level of funding to his taste and support a moon landing in 2024.

If former Vice President Joe Biden wins, then all bets are off. Biden’s team has yet to present an official proposal for a space policy. The chances of the Artemis program being curtailed or completely canceled will definitely increase under a Biden administration.

However, if Biden does cancel Artemis, all hope will not be lost. It’s totally possible that someone like Elon Musk from SpaceX will try and take on the moon landing mission – either by using a rocket that is still under development, or, possibly, by following a plan recently proposed by Robert Zubrin and Homer Hickam and using commercial spacecraft and a future lunar landing module.

And there’s one last scenario – a China moon landing, which would sound the death knell for the U.S. as a great power.

*Editor’s note: Jim Bridenstine was a member of the House of Representatives from 2013- 2018.