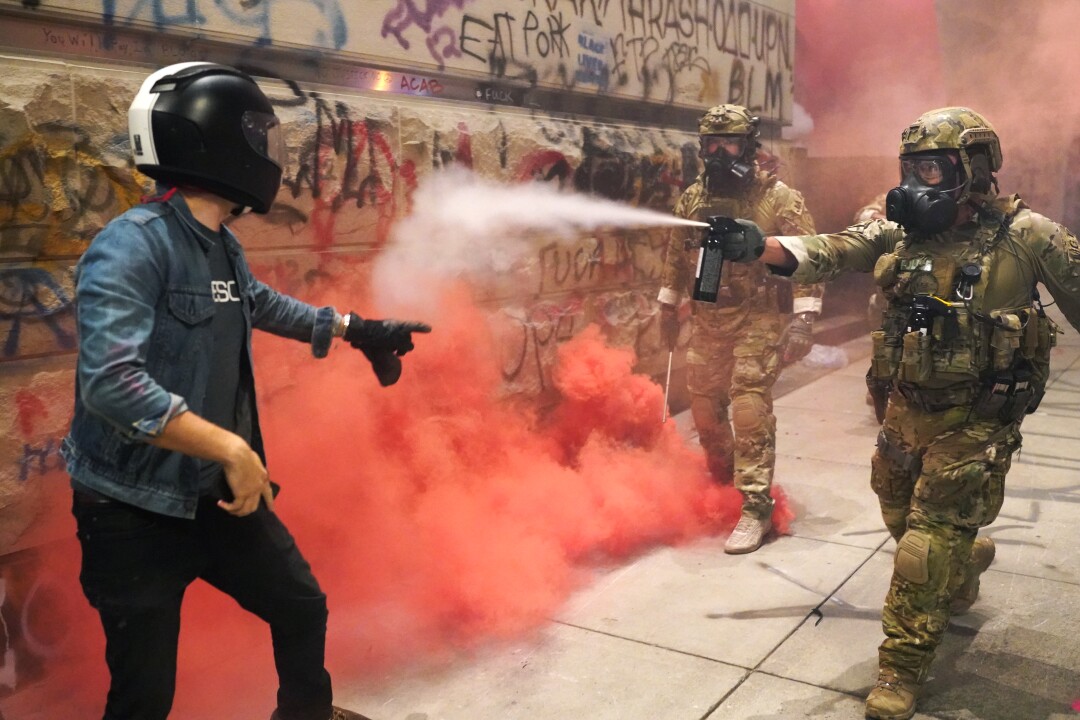 With this move, Donald Trump aims to divert attention away from his own failure to successfully manage the COVID-19 crisis.

Federal agents with no clear identification, demonstrators arrested for no reason, some suffering serious injuries as a result, even an attack on protesting mothers: Pictures of the current protests in the city of Portland, Oregon in the U.S. are more evocative of a military dictatorship than of a democracy.

For the past two months, people have been taking to the streets, both in Portland and elsewhere, to protest against racism and police violence. In some cases protests did lead to riots, which President Donald Trump used as an excuse to issue an executive order “to protect public monuments” toward the end of June, deploying 2,000 federal agents, including special units of the U.S. Customs and Border Protection and the U.S. Immigration and Customs Enforcement. However, these are watching over much more than just public monuments. They have arrested people exercising their right to freedom of assembly and even people simply in the vicinity of a protest, without identifying themselves.

Trump has given two reasons for deploying federal agents: an increase in crime and the Black Lives Matter protests. However, he has lumped them together, describing both criminals and protesters as “violent mobs.” His aim is to divert attention away from his failure to handle the COVID-19 crisis. The result is a president who has alarmingly overstepped the boundaries, his actions ever more authoritarian. Federal agents are set to be deployed in three further cities as well, despite protests from local governments.

Acting Homeland Security Secretary Chad Wolf, a Trump loyalist whose position has not yet been confirmed by Congress, justified the deployment of federal agents in Portland with the attack on the federal courthouse, which is “a symbol of justice,” according to him. However, he is twisting reality. Firstly, because it is precisely a lack of justice that people are protesting against and secondly, because his actions are an attack on the very values that make equality possible in the first place: constitutional order, civil rights — and ultimately, democracy.