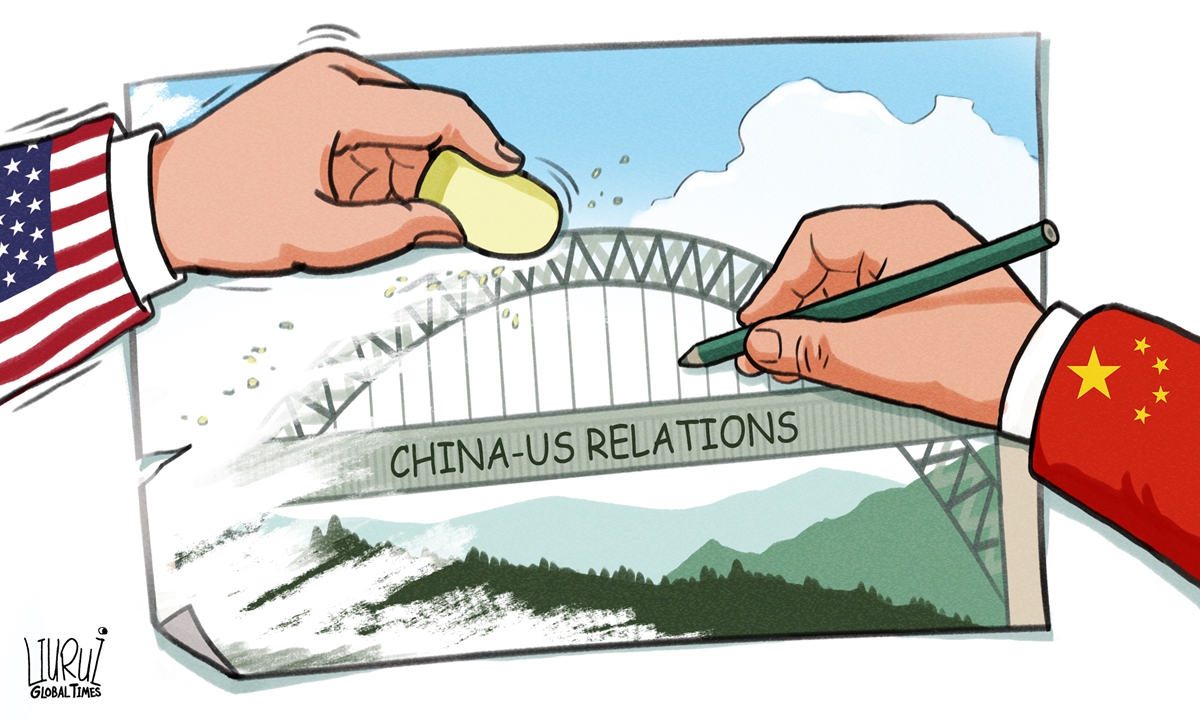 America’s recent attitude toward China has sent irresponsible and very dangerous signals. The current U.S. administration is cooling toward the possibility of negotiations with China, repeatedly claiming that “negotiations are useless.” U.S. Secretary of State Mike Pompeo even went so far as to claim that America’s foreign policy toward China already failed and that the U.S. ought to treat China in the future with “suspicion” and take a “cautious” approach.”

In the realm of international relations, cooperation is preferable to conflict, and negotiation is preferable to confrontation − these are universally applicable principles. As the two most important countries in the world, China and the U.S. especially need to engage in dialogue. There is no excuse for them to shut the door of negotiation, not only to fulfill the needs of the status quo but also to reap the conclusions drawn by history. Dialogue is required if humanity is to walk toward a bright future.

First, divergence between the U.S. and China is nearly unavoidable; this is precisely why dialogue is necessary.

China and America differ in their national history, societal makeup, cultural ideology and level of economic development. These two countries will undoubtedly have their own interests and concerns − this should come as no surprise. The icebreakers who first normalized U.S.-China relations understood this on a deep level. The “Shanghai Communique,” published in 1972, recognized that “there are essential differences between China and the United States in their social systems and foreign policies,” but the two sides decided without hesitation to normalize their relations anyway.

Now, standing at the cusp of a new era in history, the difference in national strength between the two nations only continues to equalize; this is why it is natural for conflicts of interest and tensions to rise between China and the U.S. As per the historical trend in international relations, the “established power” and the “emerging power” will cause problems for each other. China and the U.S. are no exception. This is why the two countries need to communicate more, to actually understand the other side’s strategic intentions. Otherwise, we all may fall into the lose-lose “Thucydides Trap.”

Second, history has repeatedly proven that China and the U.S. can negotiate to work out their differences for their mutual benefit.

Richard Nixon once said during his visit to China that “it is not our common beliefs that have brought us together here, but our common interests and our common hopes … the hope that each of us has to build a new world order in which nations and peoples with different systems and different values can live together in peace.” During the Cold War, China and America kept up their lines of consultation and communication, not only deepening the relations between them but also contributing greatly to global stability.

Over the past half century, U.S.-China relations weathered continuous storms, but dialogue has never entirely ceased. It is for this reason that the ship of U.S.-China relations has continued down the right course. Even the current U.S. administration should appropriately recognize that although the two countries have fundamental differences, we can always find solutions together if we establish a spirit of mutual respect. For instance, after two years of fighting the trade war, both the U.S. and China finally managed to sign the first phase of a trade agreement — a very good sign.

Third, inciting tension is no path out of our current predicament. Cooperation is the only way forward.

In the past two years, negotiations between China and the U.S. have shown signs of stagnation. Immediately after Donald Trump’s election, China and the U.S. announced the establishment of key negotiations in four areas: diplomacy and security, trade and economics, law enforcement and cyber security, and society and humanitarian issues. So far, apart from the two rounds of diplomatic and security talks, the other three areas have only had one round of formal dialogue.

Now, some American politicians have fallen back into a cold war mentality, stirring up claims that American foreign policy toward China has failed and attempting to close the gate of negotiation. This throws U.S.-China relations into their most precarious phase since the normalization of relations and threatens global stability. Anyone with common sense would understand that such conflicts benefit no one. It is better for the two nations to negotiate, negotiate, and display mutual respect. This way, both parties benefit.

Given the circumstances, the U.S. politicians preaching the “uselessness of negotiations” are not only disregarding reality but misreading history; they are being irresponsible about the future. As for the Republican Party, it should carefully revisit Henry Kissinger’s advice on managing the U.S.-China relationship: “A broad perspective and an understanding of history and philosophy are necessary to manage the relationship between the United States and China. Dialogue and communication constitute the foundation of this relationship.”*