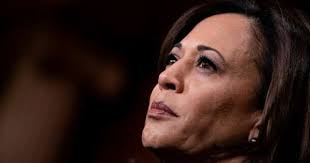 This is the first time a Black woman has been a vice presidential candidate for a major party in America’s roughly 230-year history. As divisions deepen over COVID-19 and the racism problem, this seems aimed at projecting a message of harmony and reform.

Originally a prosecutor, Harris has sharply criticized President Donald Trump and distinguished herself during her single term as senator. She will make a strong impression in her confrontation with the Trump administration.

Once a contender for the presidential candidacy,the 77-year-old Biden praised the resolute attitude of the 55-year-old as that of a “fearless fighter.”

Biden had pledged to choose a woman. It is said that many candidates were considered, including white people, Blacks and Asians. It is likely that Harris was chosen due to an emphasis on diversity. She has a Jamaican father and an Indian mother. The choice could also be calculated to expand support among Latinos and Asians.

Her selection has a particularly important meaning in American history. As a result of the Civil War, slavery was abolished and Black people earned the right to vote; yet it was 50 years later when women were granted the right to vote.*

Because of deep-rooted conservative trends and discriminatory thinking that opposed women’s political participation and the expansion of rights, a constitutional amendment was repeatedly rejected. Even now, male supremacy in America’s political world has not changed. Women make up just over 20% of Congress. There have been only two Black female senators, including Harris.

Trump promotes exclusion and racism, damaging the diversity that propels America. Whether this can be repaired is up for debate.

Problems abound: from COVID-19, health care, economic policy and the immigration issue to China policy and alliances. There is not a moment to lose.

If Biden wins but steps down after one term due to his advanced age, Harris would be in the best position to run for president. Yet, even if she has the qualifications for it, voters may judge her harshly.