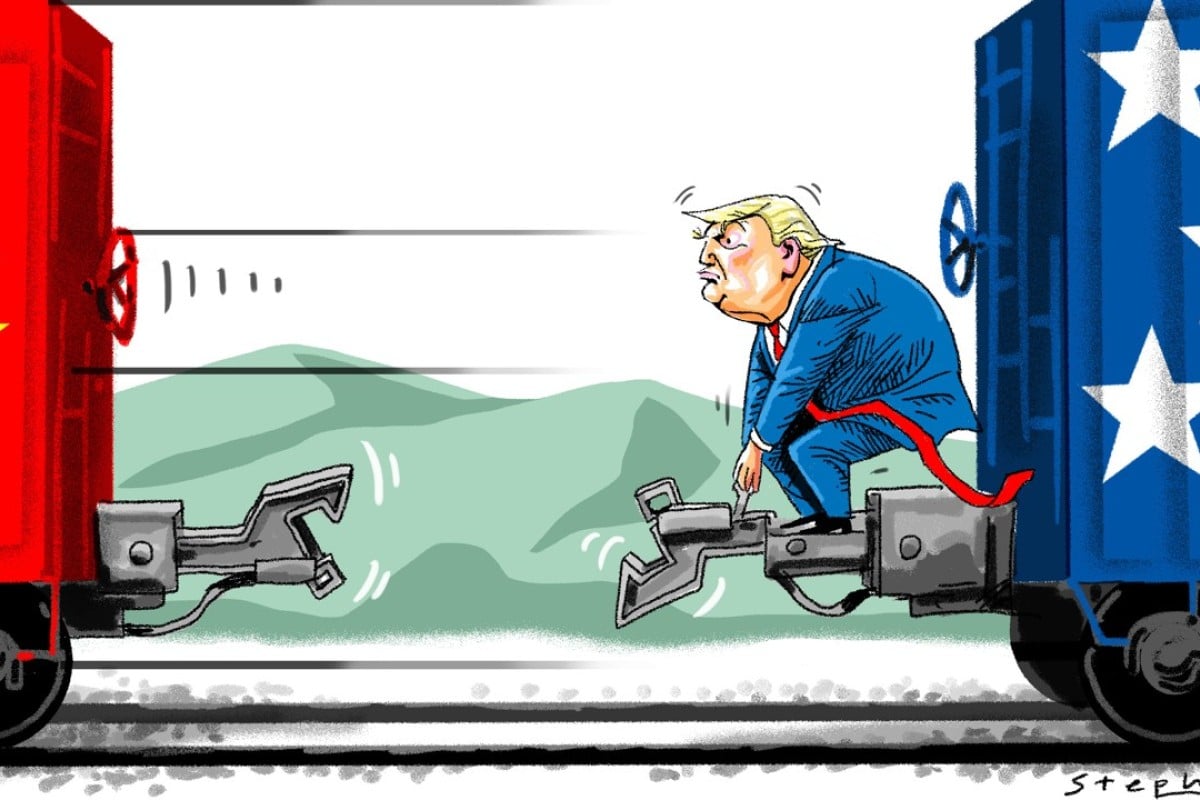 The normalization of Chinese-American relations began in the 1970s. Today, China and the United States are deeply connected in many areas, including matters of economy, society and culture. These connections have brought huge mutual benefits to both countries: Trade between the U.S. and China has increased more than 200-fold since the establishment of diplomatic relations and bilateral investment has grown from almost nothing to nearly $240 billion. China’s high-quality but inexpensive goods have brought great benefits to U.S. consumers, and China’s vast market and favorable business environment have provided ample profits for American companies.

However, some U.S. politicians, for the sake of political self-interest and against the tide of history, frequently promote and encourage such fallacies as the “decoupling” of China and the United States in a vain attempt to cut off the flow of capital, technology, goods, industry and personnel. Their actions will harm the interests of people around the world, including the American people. As Joerg Wuttke, president of the European Union Chamber of Commerce in China, said: “If China and the United States continue to decouple, in the end, everyone will lose.”*

We must see that today’s China has enough confidence to deal with all kinds of “decoupling” petty tricks and suppression measures from some American politicians and that no power whatsoever can stop the rise and development of China. China is the world’s largest market and has the most comprehensive range of industries in the world. The country’s economy has withstood the severe test of a global pandemic and has shown ample resilience, motivation and potential.

It also allows the world to clearly see China’s global importance and that cooperation with China is bound to achieve mutual benefits and a win-win situation, and that “decoupling” is a very unwise choice. The BBC has reported that even with the global spread of the pandemic and difficulties in Chinese-American relations it is still hard to move completely away from reliance on Chinese supply chains. According to a recent survey, 87% of companies surveyed said that China is still one of their top three procurement locations. According to The Economist, the U.S. government’s executive orders against TikTok and WeChat as well as the so-called Clean Network program and other measures will hurt U.S. technology giants.

At the same time, many multinational companies, including U.S. ones, have expressed their views with each and every investment project in China.

The progress of globalization has created a trend, whereby, ties between countries have become increasingly close to the point that the rise of one is the rise of the other and losses felt by one are felt by all. As a beneficiary of and a contributor to globalization, China clearly sees that globalization is in its interests and in the common interests of the international community.

In 1972, then-President Richard Nixon undertook an ice-breaking trip to China, achieving a “handshake across the Pacific” and said in his speech at a welcome banquet at the Great Hall of the People, “I am here for the benefit of the American people.”

The historical developments of the past 50 years have not failed to meet the expectations and efforts of Chinese and American politicians and have repeatedly proved this fact: When China and the United States work together both benefit; when they fight, both are injured. Strengthening cooperation between China and the United States and insisting upon such cooperation and avoiding confrontation not only benefits the two countries, it also benefits the world.