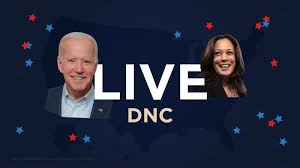 Last Thursday in the United States, the Democratic Party convention came to an end. It was an event completely adapted to social distancing and the prevention of COVID-19. At times, the discomfort with not having human contact was palpable; but in the end, the goals were achieved, and we have to applaud the tremendous amount of technical and logistical effort that made it all possible.

How can we sum up a political mega-event of this type? Let us try. The convention identified three key messages: a) diversity and inclusivity; b) character; and c) the importance of individual agency in voting.

Diversity and inclusivity were expressed both in the content and in the presentation itself. The TV screen was populated by all races, creeds, orientations, abilities, genders, life experiences, social classes and regions. The speakers, for their part, personified the narrative line that each of these groups gives its own meaning to the famous phrase from the Declaration of Independence: [That] “all men are created equal, that they are endowed by their Creator with certain unalienable Rights.” The emphasis is on the fact that every step of the country’s history has been marked by the tension between a restrictive vision of who those “men” are, and a more open vision that sees humanity in all its diversity.

From the perspective of philosopher Michel Foucault, we would say that this foundational phrase has been “resignified” by each generation, from the emancipation of the slaves to same-sex marriage, passing through the civil rights and political movements of the 1950s and 1960s. However, this call for diversity and inclusion leads not only to historical reflection, but also to a look to the future. The work is not finished, but rather continues, and the hope for a better future has to set the pace. As the genius with nerves of steel, Martin Luther King, said, “the arc of the moral universe is long, but it bends toward justice.”

This is not a narrative that is easy to sustain; capable and credible leadership is required. This is where the factor of “character” enters in, and the essential quality that is required to unite diversity in hope is empathy. The convention anointed as its presidential candidate a person who is especially known for empathy, for understanding and listening to others, for concerning himself with the difficulties that people are going through, whoever they might be. It is the story of a man who has suffered important blows and losses, the deaths of loved ones, a son, a daughter, a wife. Tragedies that knock us down or make us stronger, but above all teach us humility. This is in total contrast to his opponent, who is lost in his narcissism, incapable of yielding to another. A man whose reflexes are firmly anchored in aggression and confrontation; whose catchphrase is “You’re fired!”

Achieving change will not be easy on this occasion. A presidential election in the United States favors the sitting president, and defeats are uncommon. The issue is that to this structural advantage of sitting presidents is added the determined strategic attempt to cast doubt on the election and disrupt the electoral system in an era of pandemic, in which voting by mail is required. Because of this, the third and final main message from the convention was to “plan your vote.” The party is organizing to guarantee political rights. They are putting a heavy emphasis on questioning the machinations of the new postmaster general who, in the face of pressure, has suspended postal system reform measures. However, he has not promised to walk back the measures already taken. It is clear that abstentions by Democratic voters, as in 2016, would be a death blow. This time, the unification of all the leaders is well under way and party unity is remarkable, but as the message says, it is the individual agency of each one that makes the difference in the end. Let us hope it turns out that way.

About Tom Walker 183 Articles
Before I started working as a translator, I had had a long career as a geologist and hydrologist, during the course of which I had the opportunity to work on projects in Mexico, Chile, and Peru. To facilitate my career transition, I completed the Certificate in Spanish-English Translation from the University of California at San Diego. Most of my translation work is in the areas of civil engineering & geology, and medicine & medical insurance. However, I also try to be aware of what’s going on in the world around me, so my translations of current affairs pieces for WA fit right in. I also play piano in a 17-piece jazz big band.