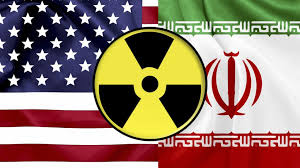 The drafting and implementation of an international agreement requires the unilateral cooperation of world powers, and the ability to organize the meetings needed to reach such an agreement is a source of great diplomatic pride. This accomplishment shows that a country is able to bring the world’s attention to its cause, raise its demands and press its national interests. Convincing the world’s superpowers to cooperate with one another is another diplomatic accomplishment in maintaining the fragile balance of influence over Iran. This was particularly true when Iran’s reputation was blemished in the eyes of the world by U.N. Security Council’s resolutions. The signing of the Joint Comprehensive Plan of Action was finally able to distance Iran’s good name from the unrealistic accusations the world community believed about us, so that on all levels, including economic, we could once again enjoy the rights we had been denied. It is worth reflecting on the end result of this agreement and what the consequences of it were. Despite the disingenuousness of the U.S. and its withdrawal from the JCPOA, we must not forget that one of Iran’s greatest accomplishments in this deal was the end of sanctions under the U.N. Security Council resolution and the creation of a space for dialogue with other countries. Because of this, Iran can now properly negotiate with other countries about its interests, even without the United States’ presence, and Iran’s word holds a certain credibility around the world. The JCPOA proved to the world that, contrary to its beliefs, the unfaithful and untrustworthy party is not Iran, but the U.S., which calls itself the cradle of democracy, yet violated international norms. The JCPOA provided Iran with the opportunity to create economic channels between itself and the countries of Europe and East Asia through which Iran could reassert its rightful demands, resisting America’s cowardly sanctions which it insists on maintaining without any justification. It is true that Donald Trump’s supporters and opponents of the JCPOA in the U.S. rejected the deal, but political logic shows that the only peaceful way to solve issues is sensible negotiation between countries. Even Trump’s bullying got him nowhere. On the contrary, the U.S. was not only unable to solve the Iran issue, it got itself into an even greater mess that will be harder to resolve than any previous crisis in the West.

Iran has never approached the negotiation table as an imperialist superpower, but the U.S. gloats about being just that when dealing with other countries. Still, the West is certainly losing its upper hand when negotiating with Middle Eastern countries. The JCPOA was a test of the rationality of countries and political groups across the globe, to see which side they would align with. Since a military confrontation with Iran would be a disaster for the U.S., the West knows that there is no path other than working toward an economic and political agreement with Iran. The JCPOA was also very important on the domestic front, and its main draw for people was its economic framework. Our country’s economy is vulnerable to foreign issues and largely influenced by such political agreements, so this deal filled people with hope for possible openings. The creation of secure channels with the rest of the world, other than with the Zionist regime, could prove to be a major breakthrough in preventing economic catastrophe in Iran. Any currency exchanges would definitely be a step toward interaction with foreign powers, and the recent agreement with China is also a part of our country’s healthy diplomatic strategy. Objectively, it is clear our country had no choice left except dialogue with the rest of the world, and to prove our sincerity, we had to join the negotiations. Although many analyses of the U.S. presidential election predict that Joe Biden will return the U.S. to the JCPOA or pursue further agreements, for our country the issue is no longer whether the U.S. will rejoin the JCPOA or not. We have already achieved most of the political benefits of this agreement, and it is the U.S. that wants to prove it has turned a new leaf by returning to the JCPOA. In just the next five years, Iran can manage the economic crisis by relying on its diplomatic potential and economic infrastructure to bring about cooperation with Europe and East Asia. This will create a power balance between the negotiating countries in preparation for the time when the climate is suitable for an international agreement. Then, when the time comes, we will not have to negotiate with the West from a position of weakness.