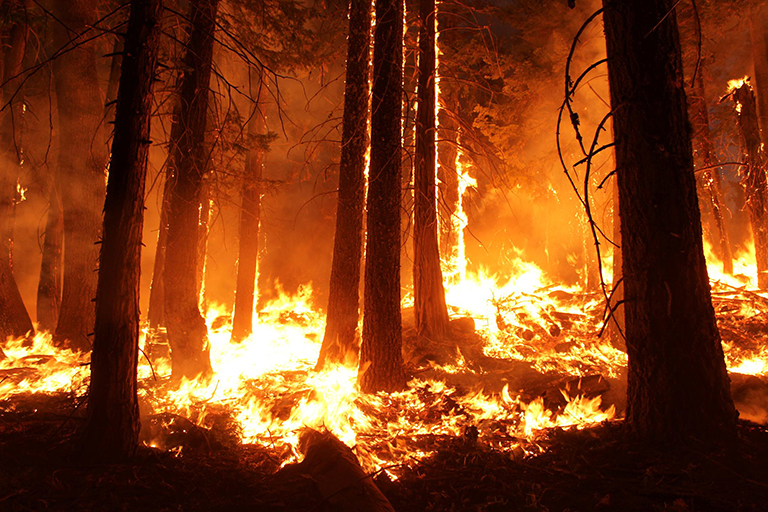 The images are Dantesque: skies dyed red, one town after another consumed by fire, thousands of people along the road leaving what little they have while the mountains and forests burn behind them. It is the hell that California, Oregon, Washington, and, in general, the west coast of the United States suffers today.

It is a story that repeats itself every year. This time, it’s worse because the fire season has barely started and has already surpassed all the negative statistics from previous years and is progressing at dizzying speed. If the area of devastation as of this Tuesday broke the previous record of 800,000 hectares (approximately 1.9 million acres), three days later the number was up to 1.2 million hectares (approximately 2.9 million acres).

Moreover, if California typically bore the brunt of the fire season, this situation now includes Oregon, where its largest city, Portland, is at risk. Five towns there have been destroyed by fire and half a million people, 10% of its population, have been forced to evacuate. The flames have even traveled farther north to Washington, where Seattle is under a dense cloud of smoke, as bad as in Los Angeles or San Francisco, California. Yet, the worst could come in October, the month that has historically seen the largest number of wildfires in the United States.

The common denominator in the face of this devastating fire is helplessness, something that is not easy to understand in the most highly developed nation in the world, which has the most advanced technology and the best early warning systems. However, nothing is predictable on a planet which is suffering the consequences of unstoppable climate change, something which has made natural disasters and the events that provoke them more frequent and devastating.

The disaster in the U.S. stems from long periods of drought that have increasingly dried out the soil, and from autumn winds that blow at unpredictable speed and have grown stronger in recent years. Add this to indifference and skepticism in the face of global warming, plus the stupidity that seems to predominate when it comes to being unable to care for the natural environment surrounding the human species, and the conditions are ripe for sparking disasters such as the one that affects millions of people living in California, Oregon and Washington today.

As of yesterday, there were 15 confirmed deaths from the fires and another 16 people are missing. The number could increase when authorities are able to reach more remote areas devastated by fires. These are regions where the capacity and strength of the best equipped and best prepared firefighting and disaster care teams in the world have not been enough.

Today, the West Coast is proof that humanity can no longer ignore reality that a planet, in addition to its own evolution, suffers from the adverse effects of the people who live there.

About Jane Vogel 81 Articles
In my first career as a pediatric physical therapist, I learned enough Spanish to speak with my clients and do some translation in the medical rehabilitation field. I am retired from PT, but still do translations for therapy agencies. In pursuit of my interest in languages and other cultures, I have just completed the Certificate in Translation from the University of California at San Diego. WA offers perspectives from other countries to English language readers and I am happy to to be working with them.