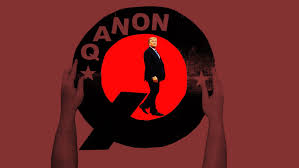 It’s elementary, dear friend. It surprises me that you did not know. Hillary Clinton commands an organization that practices pedophilia, conducts child trafficking and carries out demonic rituals. The group’s headquarters is in a basement in a pizzeria in Washington, and it makes sense that it’s in a dining establishment, as within its walls, the group revels in feasts in which the main course is the flesh of their victims. Clinton’s husband and Barack Obama are involved and of course, and guess who else? George Soros, you said? Yeah, that one’s easy. The group includes Oprah Winfrey and Tom Hanks, but there’s more. No, you`ll never guess. The Dalai Lama is in on it. Want to know who else? Pope Francis!

It’s elementary, smart reader. This is one of the gems of the “conspiracy theory” genre, which has been boosted to new heights through Facebook, Twitter and other social media networks. “Pizzagate” as it’s known, is old. It dates back to the 2016 American election and might even have been considered fun, had a man not unloaded his rifle in the restaurant that hosted those pedophiles last December. More recently, QAnon has come to light, with “Q” being the group’s mysterious informant and “Anon” being an abbreviation of “anonymous.” QAnon inherited from Pizzagate the theory that the Democratic Party, alongside Hollywood actors and world leaders, are involved in pedophilia, cannibalism and a child trafficking network. To bring down this gang, generals in high places have mobilized to put Donald Trump in the White House. It will be worth the wait. One day, under Trump’s command, a massive operation will arrest the guilty and expose the evidence of their crimes.

Conspiracy theories are especially well accepted by far-right hosts. Hitler called upon the fake “Protocols of Zion” to denounce a Jewish conspiracy to rule the world. The combination of the pandemic, racial protests and the election in the United States was a remarkable gift to QAnon. Under the organization’s umbrella, without suffering any consequences from the pedophile theory, various subtheories emerged, involving one about vaccines, chloroquine, Black Lives Matter and countless other topics. According to Kevin Rose, a technology columnist for The New York Times, QAnon followers are spread throughout Facebook and Twitter and other similar platforms, numbering in the hundreds of thousands. The movement’s last feat was bringing ideas from the internet’s underworld to real-life politics. One of its enthusiasts, Marjorie Greene, won the Republican primary in a district in Georgia and will run for a seat in the House of Representatives. “Congratulations to future Republican Star Marjorie Taylor Greene,” Trump celebrated.

”Q” is described as a high-ranking person in Washington. Q’s internet messages are encrypted, and Q’s groups of supporters work tirelessly to decipher that content. The groups are also very attuned to Trump’s signals. On the day he said, “calm before the storm,” these people concluded that attacks against the pedophiles were imminent. From one point of view, QAnon is an internet game, involving a multitude of players. From another angle, QAnon is the “birth of a new religion,“ as reported by The Atlantic. By no means is QAnon innocent; the FBI sees it as a potential domestic terrorist threat. Through cynicism and cleverness, Trump tries to further his own goals. When asked about the movement, he replied: “I’ve heard these are people that love our country.” When asked if he endorsed the pedophile network theory, he remarked: “If I can help save the world from problems, I am willing to do it.” The president presents himself at the electoral duel, armed with a robust arsenal of lies, mystifications, tricks and poisons.

The fact that lunatics are in power and that they are supported by other lunatics is nothing new in Brazil or the U.S. They may be entertaining but they are dangerous, and more will remain, both in Brazil and the U.S. if Trump wins the election. In the American polls, this November, the destiny of Brazil, more than ever, will also be at risk.