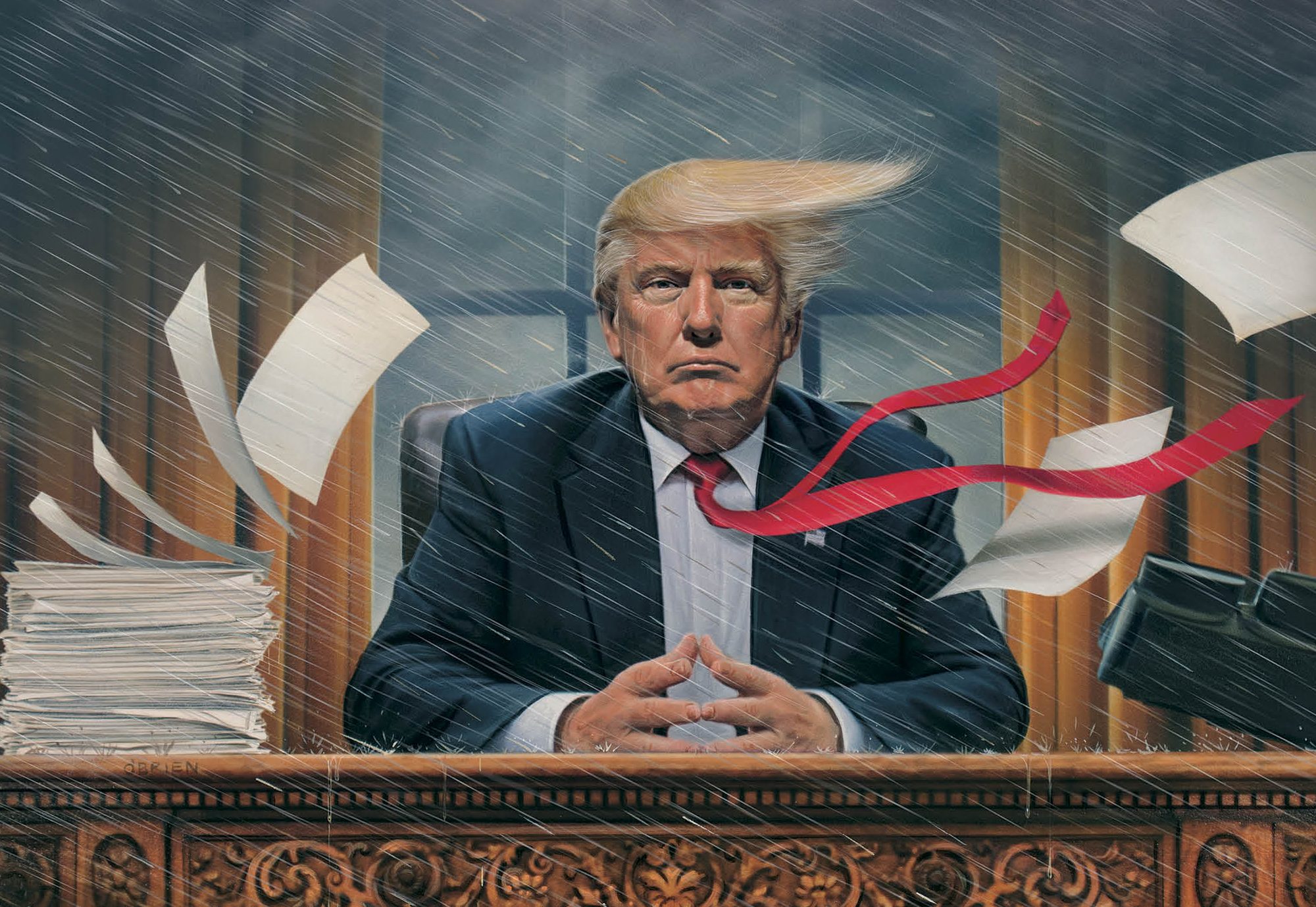 Not All Lies Are Created Equal.

Saint Augustin, who sorted lies into eight categories, wrote that the “absolute lie” is that which “has no other purpose than to deceive.” Since the beginning of his presidency, Donald Trump may have attained an unrivaled degree of absoluteness in this area.

Let’s think about it: since February, he has misinformed the public on the severe danger posed by COVID-19, and even confessed this to journalist Bob Woodward. “It’s also more deadly than even your strenuous flus,” Trump declared. Nevertheless, since the beginning of the pandemic, the president of the United States has clearly spent his time minimizing the threat.

Some 190,000 deaths later, it is understood why the very first revelations of “Rage” by Bob Woodward were such a bombshell. They are all the more incriminating because the journalist concludes that the White House’s management of the crisis has been an absolute fiasco and the president is ultimately to blame. “Trump never did seem willing to fully mobilize the federal government and continually seemed to push problems off on the states,” Woodward writes.

But let us return for a moment to the original lie. There is still one crucial question to shed light on: why did the president publicly give the impression that the virus was harmless?

His response: he didn’t want to create panic.

If lying was an Olympic sport, Trump would be the most decorated athlete in history!

Let’s be serious. Trump loves making his citizens panic. Fear is the first tool in his toolbox, just beneath his gas canisters.

Trump started his campaign in 2015 by affirming that a great number of Mexican immigrants in the U.S. were criminals and “rapists.” During his inaugural address in 2017, he used the word “carnage” to describe the state of his country.

And with the goal of being reelected, he is advertising exuberant remarks about the dangers that await his country if Joe Biden becomes president.

The lies and behavior of Trump on the subject of the virus are incompatible with public health efforts to control the pandemic.

Polls showed that, in general, the Republicans see the virus as less serious than the Democrats do. It is easy to see that Trump’s impact is far from theoretical, as evidenced by how rarely you see a member of his party wearing a mask. In addition, The Kaiser Family Foundation revealed last Thursday that six out of 10 Americans (62 percent) say they are “worried” that a vaccine will be hastily approved on account of “political pressure from the Trump administration,” without being “safe and effective.” This skepticism with regard to a potential vaccine is very bad news for future developments. The same study shows that a significant number of Americans believe that wearing a mask is detrimental to their health, and that hydroxychloroquine is an effective remedy against COVID-19.

Last week, a member of the populist right in Norway submitted Trump’s candidacy for a Nobel Peace Prize. What nonsense. If we had to award a Nobel Prize to the American president, it would be for chaos.

His application file would be easy to gather — we would include what we already know from the conclusions of Bob Woodward’s most recent study. We would add accounts from several other journalists, members of his inner circle, as well as his niece Mary.

And to top it all off, we would add a summary of the chaotic state in which he is leaving his country after four years in the White House.