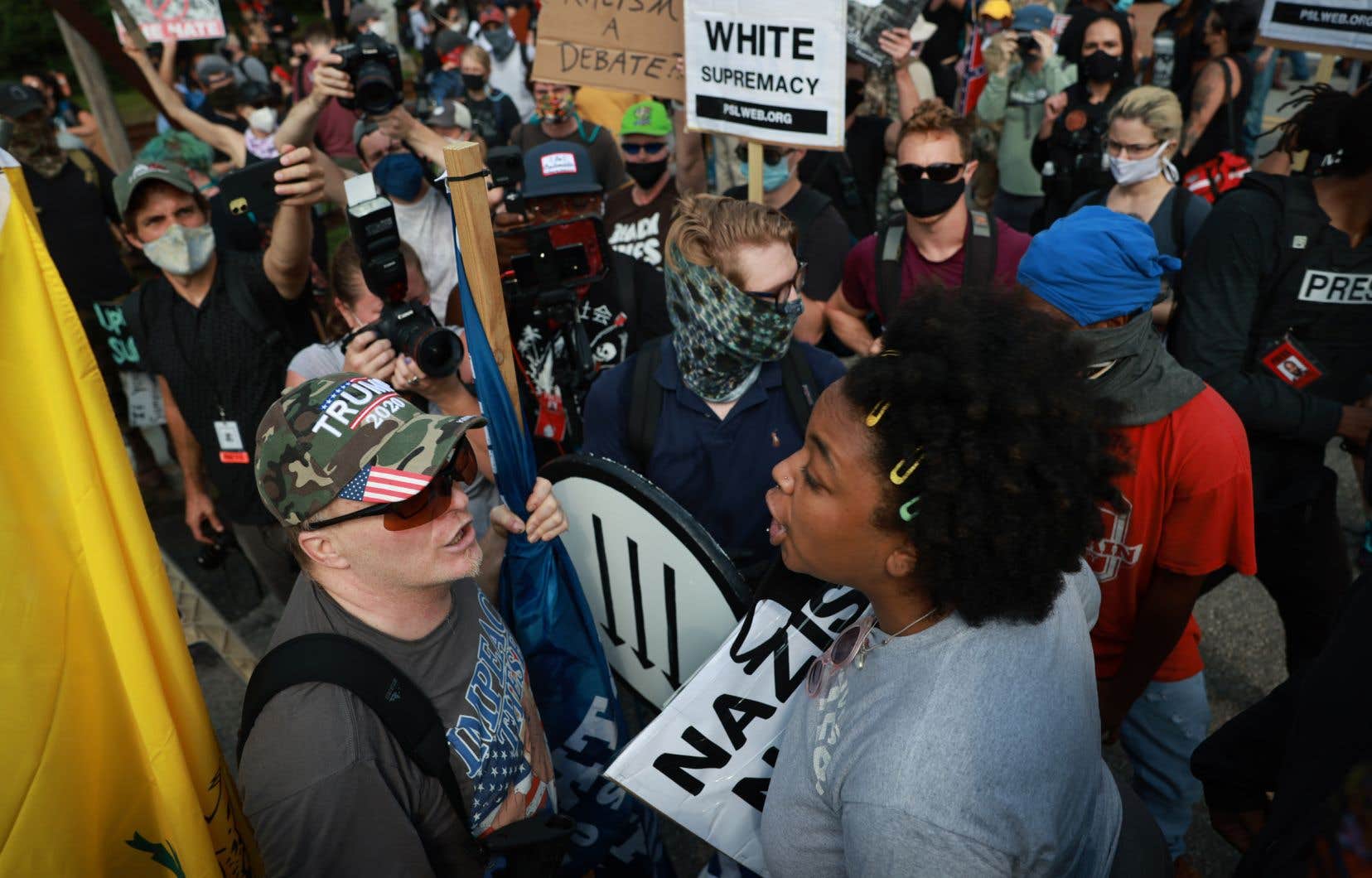 Scenes of violence are multiplying in the United States, not only between Black Lives Matter protesters and the police, but between the anti-Trump and pro-Trump camps. It is no longer a question of demanding justice for the victims of police brutality or of an underlying racist mentality. These issues have become secondary. The question of race is no longer just an emblem. Similarly, Donald Trump’s supporters, who have no specific demands, claim they only want to restore order. The real dividing line of these divided camps is religious in nature, two opposite world visions.

On the one hand, there is the liberal democratic vision that advocates dialogue and spirituality, with an element of naiveté that is an inseparable part of projects guided by progressive ideals. The tutelary figure in this vision is Barack Obama, its defenders are minorities, and its frame of reference is humanity. On the other hand, we have the belief in identity that advocates the use of force, a return to segregation, materialism, and the underlying cynicism that always accompanies human hierarchies. Believers here idolize Trump, its defenders are white working-class victims of deindustrialization, and its frame of reference is a dominant Western world. Some focus on the universal by seeing its diversity, others focus on the identity fiction of American exceptionalism. Thus, you could compare protesters to Protestants who seek to shed papal tutelage, and the pro-Trump camp to Catholics seeking to make their particular identity universal.

The fact that the question of race was the trigger for this divide confirms that something sacred is at stake. Sacred with concern to humanity on the one hand, sacred with respect to “America First” on the other. It is no longer a question of improving human existence, but of defining who human beings are. This is why contempt has replaced discussion. When we see armed Trumpists patrolling in their 4x4s, spraying demonstrators with bear repellent, we may wonder whether this is proof of, or a response to how Hillary Clinton described Trump supporters as a “basket of deplorables,” a statement that may have cost her the election.

The differences are thus radically transformed into division, and division transformed into secession. The “other” is a heretic who needs to be condemned, not a fellow human we just have to deal with. The democratic moral civilization is in danger. Dialogue implies that differences are part of the ordinary world where we transform violent conflict into substantive argument. However, this requires that people reach a consensus on real issues: the sharing of wealth, health care, industry, etc. Yet the current confrontation between camps is no longer focused on community, but on winning at any cost, with “cancel culture” on the one hand, and “post-truth” on the other. It is no longer a question of upping the stakes, but of declaring good and evil. It is a flashback to the Middle Ages. Or perhaps only to the 20th century, when totalitarianism sought to reestablish indisputable human truth.

When part of the population supports a presidential candidate who claims that he could kill someone on Fifth Avenue “without losing a single voter,” it’s because we have changed our frame of reference. It is no longer a question of political choices, but of a belief that transcends reality, truth and morality; life as a community has been crushed between the heaven of certainties and the hell of civil war.