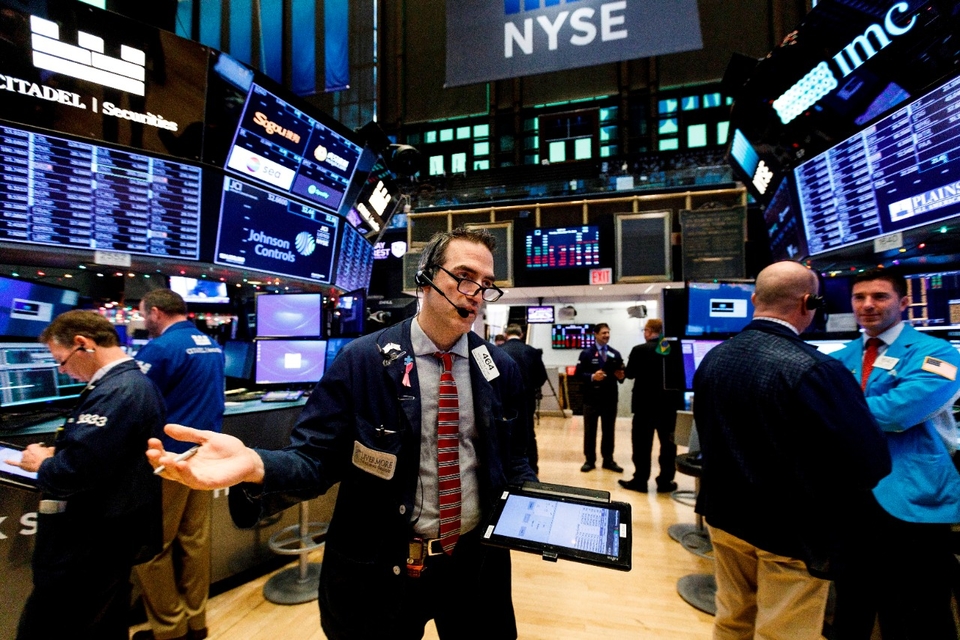 Water reserves now have a price on Wall Street

The first benchmark index appeared in California, and now there is a new one in New York. There is a possibility that water will become a commodity in the United States.

The United States always has a financial instrument at hand when dealing with the essential resources of the 194 countries of the world. It had one in 2008 with the futures food market on the Chicago Board of Trade. Now it is water’s turn and the main place of business has moved from California to New York. For whom does the bell of Wall Street toll, one would ask Ernest Hemingway if he were alive. The answer is that the bell tolls for something that was declared a fundamental human right by the U.N. in 2010. In these uneasy times due to the fact that something as fundamental as water seems to have a price, Spaniard Pedro Arrojo-Agudo, United Nations special rapporteur on the human right to safe drinking water and sanitation, is very pessimistic about the game big speculators are playing. The prominent physicist said that it was “very dangerous, and very bad news.” And with reason: water, an essential resource, could become a commodity, a product traded on the market like gold or oil. One can already envision the word “waterowner,” proactive people who will seek opportunities to trade with a scarce resource that 700 million people in 43 countries do not have access to.

This scarce resource has been on the front page of international news for the past two weeks, thanks to the Nasdaq Veles California Water Index, which already gave the wolves of Wall Street a price for water to speculate with. Its unit of measure is the acre-feet, around 1.23 cubic meters of liquid. The idea that water should be a product in the stock market was born in California, a place devastated by wildfire and drought, which doubled the price of water in one year.

There’s a division, a crack in the dry soil (something like the San Andreas Fault), depending on who you ask and what interests they defend. In the world of finance, they say that they are putting a price on the right to use water, not to water itself. In other places, the discussion is about the 1.8 billion people who will be deprived of water in five years as the impact on the futures market intensify.

Arrojo-Agudo, renowned scholar and environmentalist, claims that “just like we look at a forest and we know that it is much more than a stockpile of wood, we must look at the rivers and understand that they are much more than sources of H20.” He goes on to explain that “besides water that can be used for production, they are an ecosystem, a landscape, territorial identity, social and communal identities, cultural and ludic values, life values … and these rivers articulate continental and ocean life.” Although he resides in Zaragoza, his thinking applies everywhere.

In his last declaration as U.N. rapporteur, Arrojo-Agudo highlighted that “we cannot put a price on water as we do with other products. Water belongs to everyone and is a public good. It is closely linked to our lives, it is our sustenance, and an essential element of public health care.” This has been proved by the number of deaths caused by a lack of access to water which could have been otherwise avoided. For example, in Argentina there is the case of Ramona Medina, spokeswoman for the organization called Garganta Poderosa (powerful voice, in Spanish) in Villa 31 (a slum in Buenos Aires), who protested against the lack of running water in her neighborhood during the first days of COVID-19, a situation that had been ongoing for 10 days. Several days afterward, Medina died from COVID-19. According to a U.N. declaration, in June 2019, there were 3 billion people like Medina in the world, people without access to basic plumbing in order to wash their hands.

The situation of water in the futures market has a precedent in the situation with food futures in 2008. That year, speculation was made based on $320 billion, without a significant improvement in food policies. A bubble occurred, and the same could happen with water, now turned into a commodity. The Nasdaq Veles California Water Index is not new. It started in October 2018, but it only recently arrived on Wall Street.

Arrojo-Agudo reminded us of the consequences of what happened 12 years ago with food. “in just a few months, the speculative manipulation of these markets caused the price of wheat, which is a basic element in the diet of millions of people, to increase fivefold. In just three years, the average price of food increased by 80% worldwide and around 250 million people joined the ranks of the hungry.”

California is not the only place in the world with water issues, nor the only place to have licensed its use. In Chile and Australia, there are precedents where grants have been issued for free and perpetual rights over water reserves. For example, Gonzalo Delacámara, a specialist on the topic, explains that, in the Copiapó Valley, in the region of Atacama, Chile, there were more grants of rights over water reserves than available water in the basin. Augusto Pinochet’s constitution of 1980 has legalized the privatization of water for 40 years. This is a unique case in the world. As denounced by Archbishop Luis Infanti from the region of Aysén, in southern Chile, 82% of this scarce resource is owned by two foreign corporations: the American corporation AES Gener, and the Italian corporation Enel.

In 2012, Infanti denounced the fact that “in Chile, one can own the land, but one cannot own the water that runs through that land. The laws that are currently in force favor the appropriation and commercialization of water. As a result, some become very rich at the expense of the common good. The poor, with their limited purchasing power, are not only excluded from political and social decision-making, they are also denied access to a resource that is essential for their life and sustenance.” Wall Street’s decision to put a price on water is just a new iteration of an old problem.

Arrojo-Agudo publicly denounced the consequences of commercializing water. In view of the second outbreak of COVID-19, it almost makes no sense that things like this need explanation: “Today, as United Nations Special Rapporteur on the human right to safe drinking water and sanitation, I find myself needing to warn the world. This situation entails unacceptable risks for human rights,” Arrojo-Agudo said. Thanks to Wall Street, speculative funds and the big players in world finance have an invaluable financial instrument they can use to profit from the basic human right that is water. And they could not care less about the opinion of the U.N., environmentalists, jurists or scholars.