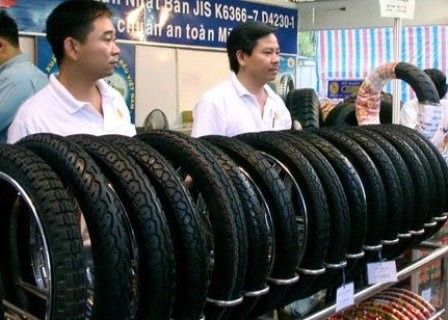 After a year that was overshadowed by the dark clouds of the pandemic, just as countries around the world were about to wave goodbye to the last business day of last year, the U.S. secretary of commerce released a message saying that anti-dumping duties would be imposed on light truck and passenger car tires produced in Taiwan, Korea, Thailand and Vietnam.

Previously, due to allegations of exchange rate subsidies in early November of last year, Vietnam was found to be subsidizing [the tires] by about 10%. From now on, tires imported from Vietnam will require a deposit charge for countervailing duties when they are cleared at the border. Last February, the Department of Commerce announced it would take retaliatory measures against countries with undervalued exchange rates that are suspected of subsidizing their industries. This investigation is the first of its kind in history.

Outgoing Commerce Secretary Wilbur Ross held a press conference where he reiterated his “America First” position of ensuring a level playing field for U.S. manufacturers and workers. As the final blow before the end of the Donald Trump regime, the potential cost to Taiwanese manufacturers from the Commerce Department’s anti-dumping tax decision on tires is also the highest. The preliminary anti-dumping rates are as follows: Cheng Shin Rubber Industry Co., 52.4%; Nankang Rubber Tire Corp. Ltd., 98.4%; other Taiwanese tire manufacturers, 88.8%.

With the transition of power underway, the Commerce Department is investigating hundreds of cases it has accumulated. The underlying political plot of of such a year-end press conference is self-evident. The Commerce Department is expected to announce the final decisions on this dumping case on May 14. Once this is established, the International Trade Commission will also begin its investigation into actual injury to U.S. domestic industries, and will announce its final determination on June 28. Unless either party’s investigation finds a contrary result or that there is no detriment to U.S. manufacturers and workers, the Commerce Department will issue a formal administrative enforcement order for anti-dumping duties in accordance with the findings and its statutory authority.

According to Commerce Department records, there are approximately 540 anti-dumping and anti-subsidy cases in progress, and the number of new investigations initiated during the Trump administration is three times higher than that during former President Barack Obama’s term. The same is true for the countervailing duty process; if both of the aforementioned authorities make an affirmative determination, the Commerce Department will issue a countervailing duty levy order against Vietnam.

Since Taiwanese companies have factories on both sides of the Taiwan Strait and in Southeast Asia, we urge the Bureau of Foreign Trade of the Ministry of Economic Affairs (of Taiwan) invite the relevant associations to discuss and assist industry members in a collective integration effort in order to respond to the U.S. investigation. In addition, it should also assist industry members in understanding the process of anti-dumping investigations in other East Asian regions or countries. We could even take the initiative and cooperate with other countries in opposing U.S. administrative procedures by examining the sources of information and identifying actual price differentials in order to obtain favorable results that can still be guaranteed by our manufacturers when deploying production overseas.

Admittedly, the development strategy of Taiwan’s commercial sector, the vision of moving toward private branding and entering the supply chain of major automobile manufacturers, is more than necessary. Especially in this time of U.S. dollar depreciation, in order to completely free ourselves from the dilemma of being collectively targeted by anti-dumping taxes, it is essential for us to break away from our image of cheap prices, and unravel our entanglement in the automotive aftermarket as soon as possible.

About Pinyu Hwang 41 Articles
I'm an undergraduate student at Yale University interested in linguistics and computer science. With a childhood split between Taiwan and the US, I'm fond of pinball machines in the night markets, macarons, tea, stories, and language.