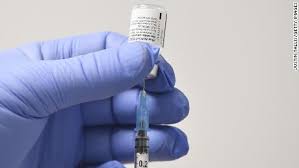 Historically speaking, immigrants without legal documentation have been one of the most excluded sectors in the United States in terms of access to health care. With the new COVID-19 vaccine, the situation is likely to remain the same, if not worse. After nearly a year of quarantine, an economic crisis that has exacerbated class inequality, and the death of almost 2 million people worldwide, the arrival of a vaccine that could arrest the worst health crisis in modern history is extremely promising.

The hope is that most people will get the vaccine, which would ideally lead to herd immunity. That sounds simple, but it is actually a very complicated process filled with twists and turns. Following the authorization and commencement of the Pfizer vaccine distribution in the United States, one of the most important questions to emerge is the fate of communities of immigrants in this country without documentation. Immigrants have played a vital role during the pandemic providing essential services such as health care and food, without which the neighboring country would have been unable to sustain itself. In this situation, including these immigrants in the political community is also a public health issue.

During the pandemic, there has been evident violence against specific sectors of the U.S. population who have been excluded from receiving primary health care, including immigrants in the U.S. illegally. It is estimated that nearly 50% are of Mexican descent, and here, the absence of health care is just the tip of the iceberg. The threat of deportation and separation of families plays a significant role. There is real concern that the vaccine could make it easier for immigration officials to arrest people in the U.S without documentation, and immigrants would thus be unwilling to be vaccinated.

Although implementation guidelines have not yet been established, and despite the fact that vaccine distribution is being carried out on a state by state basis, some Trump administration officials have suggested that information such as birth dates and driver’s license numbers could expedite vaccine distribution.

There have several administrative proposals in response to this problem. One proposal addressed a number of governors including New York Gov. Andrew Cuomo, who said his state will not require personal data as a requirement for a vaccine. Another proposal came from New York State Assemblywoman Linda Rosenthal who suggested the state provide vaccines to all New Yorkers at no cost, including non-U.S. citizens.

This is a situation where a rights-based approach must be imposed in a genuinely nondiscriminatory fashion in order to implement an effective and efficient vaccination policy. Thus, including everyone regardless of gender, social class or immigration status is fundamental to prevent compromising the health of the entire country. And this is where the willingness of American residents without documentation is vital. The institutional strategy will not be sufficient if it does not work hand in hand with organizations and leaders of immigrant communities who can send a message of trust and spread the word about vaccines. Furthermore, the policy will have to accommodate immigrant communities who speak different languages. Above all, it must generate trust in medical professionals and stand apart from those who bully others into making decisions. In this aspect of public policy, as in others, even individual well being is vulnerable without social protection.