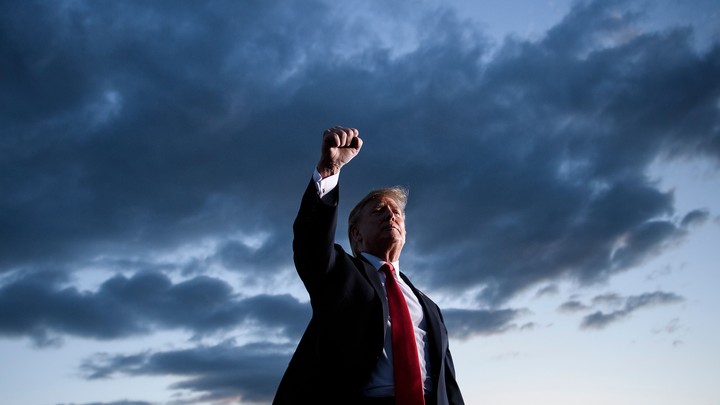 In the near future, Donald Trump may become the leader of the extremist far right in the United States, as the leader of the Republican Party or of a new party. He may also disappear from politics and become just a name. He may even go as far as going into a self-imposed exile, like the former king of Spain, Juan Carlos I.

But Trump is not part of the monarchy, that ancient institution that decorates certain democracies, but the present and the future of republican democracy. Whatever his fate, the far-right groups that supported him are still there. And, just like in many other countries, their numbers are increasing. If Trump is gone, a new leader will appear, perhaps a tougher and shrewder one. It is no longer a case of the ideological extremism of small groups that just type their ideas on social media when they have some time to spare. No, it has become an effort that is gaining strength and has taken shape as the armed mob that assaulted the Capitol.

Almost half of Americans voted for Trump, although not all of them share his extremist ideas. Just like their electoral base, most Republican leaders moved away from him. Some did so silently, while others were more open. Nevertheless, the Capitol attack was a troubling warning, even though we do not know for sure what percentage of Trump’s voters these extremists represent. During Joe Biden’s inauguration, security was reinforced not only in Washington, but throughout the whole country., a possible indication that intelligence agencies had enough information to fear further and worse incidents.

The crisis and its political consequences have a long history, as proven by Trump’s victory in 2016. At the time we wrote, “Yesterday, a chauvinistic, racist, corrupt and nationalist far-right populist billionaire has become the new president of the most financially, economically and militarily powerful country in the world. His victory comes as a surprise for most, but if we take a closer look, there is no reason for this. The few that have shifted the focus from the advance of far-right populism in developed countries to the causes of such processes (that is, the fundamental crisis of the capitalist system) are not surprised by Trump’s victory. […] It is impossible not to compare the current situation with the capitalist crisis of 1929 and its consequences: Mussolini, Hitler, Pétain, Franco, populism in all shapes and colors, a decline of democracies, protectionism, breaking of international pacts and treaties, arms races, proliferation of armed conflicts supported by desperate and disoriented masses. History could repeat itself, but this time there is a key difference: being the dominant ideology in the world, capitalism is trapped in itself. The crisis, which in the ’80s was only a distant danger lurking at the edges of capitalism, is, since 2008, firmly established in the very heart of the system.”

Those are the real challenges faced by the republican system, not only in the United States, but in the world. Biden’s election, his first declarations and decisions, and his choice of Cabinet members and officials are encouraging, since they reflect the reaction of the American people against extremism, a reaction that is starting to be seen in other democracies threatened by the rise of far-right movements.

But the economic crisis that conservatives, liberals and social democrats have so far failed to tackle is still there. The issue of migration, for example, can only be resolved if the economic and social reasons that force millions to leave their home countries cease to exist. The fact that social authoritarian systems like Russia and China do not face such problems and the fact that such systems allow these countries to dominate the markets and gain ground in the fields of science, technology and military advancement are the mirrors in which Western far-right movements look at themselves. Of course, they do not want to copy their model of wealth distribution, but they do this with the aim of consolidating and increasing already existing social differences.

Chaos and violence in perspective.