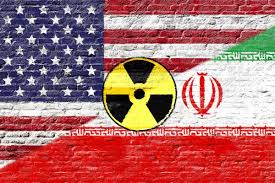 One of the challenges facing the administration of President Joe Biden is the Iran nuclear deal. Iran is asking the U.S. to return to the agreement, but if a hard-line conservative candidate wins the Iranian presidential election in June, the situation will become more difficult. We hope that the U.S. will quickly reach a decision.

Last fall, many people were relieved after the results of the U.S. presidential election. Moderate Iranian President Hasan Rouhani must have shared that sense of relief.

The Rouhani administration joined the Nuclear agreement in 2015 with six major nations, including the U.S. during former President Barack Obama’s administration. The substance of the deal was that in exchange for limits on Iran’s nuclear development, international sanctions imposed on Iran would be gradually lifted. Iran and the U.S. had the good sense to reach out and forge the agreement.

Meanwhile, in May 2018, former President Donald Trump’s administration unilaterally withdrew the United States from the agreement, and imposed new sanctions on Iran. In response, Iran has halted compliance with the agreement since May 2019, but has not gone so far as to cancel the deal.

However, the situation is precarious. In January 2020, the U.S. killed Qassem Soleimani, an Iranian major general in the Islamic Revolutionary Guard Corps. Then in November, Iranian nuclear scientist Mohsen Fakhrizadeh Mahabadi was assassinated; Israel is suspected of being involved in this incident.

The following month, Iran’s conservative-dominated parliament passed a law that raised permissible uranium enrichment levels to 20%, and the country began the enrichment work on Jan. 4.

Under the terms of the agreement, Iran is limited to no more than 3.67% enrichment levels; but if it surpasses 20%, it will be easy to reach the 90% level needed to produce nuclear weapons. On Jan. 13, Iran also began research and development to produce uranium metal, which is prohibited for the duration of the agreement.

Biden has pledged to return the U.S. to the nuclear deal, but Iran’s recent moves have aroused skepticism. Still, although Supreme Leader Ali Hosseini Khamenei has also criticized the U.S., negotiations with the U.S. have not been prohibited. It is a war of nerves, so to speak.

The main concern is that the opportunity for the U.S. to return to the agreement will not last for long. Iran’s presidential election in June is approaching. The Rouhani administration has garnered support by promising the Iranian people that the deal’s cancellation of sanctions will usher in an improved economy. But without the promised results under the deal due to the U.S. withdrawal, Iranians have not held back their disappointment with the moderate faction. With the current situation, there is a strong expectation that conservative hard-liners will win, and it is likely that the framework for the deal itself will fall apart.

The Iran nuclear deal is essential for reducing the proliferation of nuclear weapons. Some people in Biden’s circle also believe that limits on Iran’s ballistic missile development will bring additional conditions and hurdles to a U.S. return to the deal. Nevertheless, it is critical to be prudent and not to act rashly at the moment. We hope that in addition to China, Russia and Europe, which have already joined the agreement, that Japan and the U.S. will do everything in their power to return to the accord.