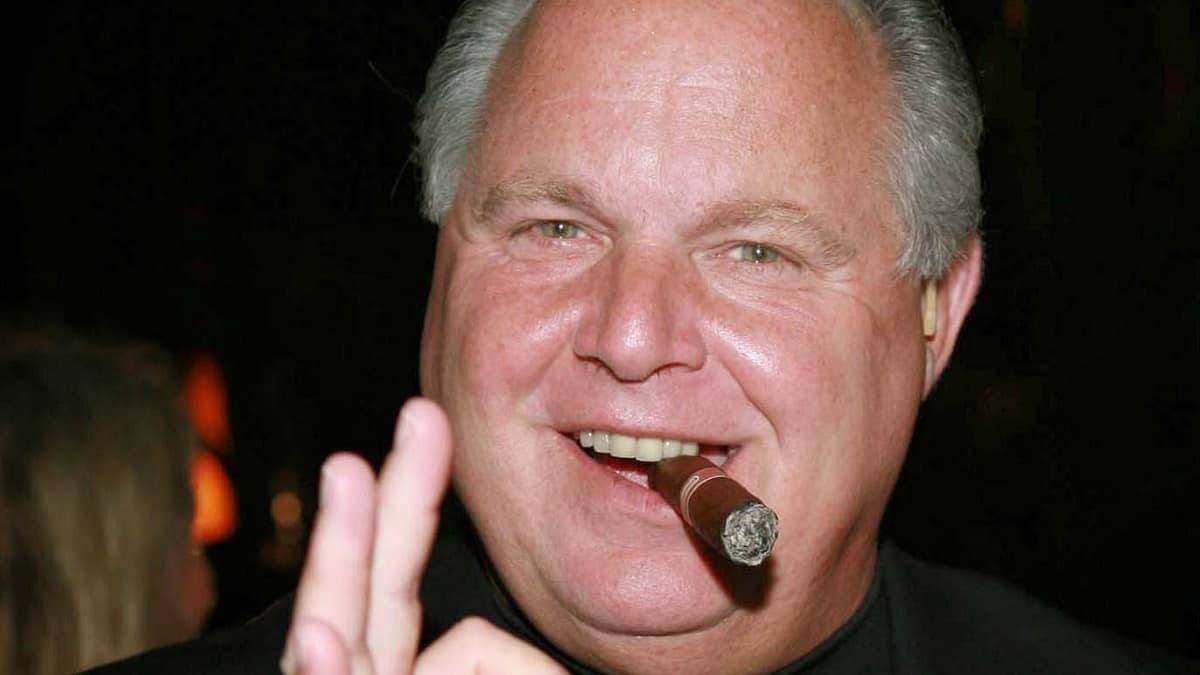 Yesterday, one week after Rush Limbaugh’s death, even Florida couldn’t agree on flying all flags at half-mast. A divisive figure in life, and still divisive in death, the intention to honor the conservative radio personality was not greeted with consensus in the state governed by Republican Ron DeSantis. In Palm Beach, where Limbaugh had lived for decades, a local city council member took the position that “although Limbaugh was a significant public figure, he was also an incredibly divisive one who hurt many people with his words and actions.”* This observation is not exactly an exaggeration. Master of polarization, grand shaman of tribalism and a vocal acolyte of Trumpism, the controversy over what to do at his death might well be the most appropriate tribute to his life.

The fact that most American newspapers opted to publish obituaries with markedly different points of view about the same man demonstrates just how divergent his legacy is.

In a word, Limbaugh was a bully — a bully with a microphone. The idea that politics is an all-or-nothing endeavor, immersed in an ideological dualism in which the middle ground was nonexistent, moderation an impossibility and consensus a sign of defeat — this was Limbaugh. A millionaire who came from a family of judges and jurists, he was the most popular radio personality of the last 30 years, with a weekly audience of 20 million listeners. He regularly played golf with equally controversial figures such as Rudy Giuliani, Roger Stone and Donald Trump himself, who awarded him the Presidential Medal of Freedom in 2020.

His combative style, which began to gain prominence in the post-Ronald Reagan early ’90s, was anchored by a lengthy monologue with no room for opposing views, turning radio into a weapon of political combat (often, some would say, of propaganda) with a direct impact on public opinion and the electorate on the right. Three uninterrupted hours, every weekday. What Fox News talk shows were doing on the small screen, Limbaugh was doing on AM and FM radio. His show was a precursor, if you will, to the podcasts from new social movements and future stars of the political parties.

The soundtrack that led the Republicans to the tea party movement, then to Trump, had in Limbaugh its composer and most distinctive soloist. His symphonic proposal was a simple one: We are in a race against time to save a conservative way of life from total obliteration by Democratic progressives, and the only way to do this is through a radical conflict, fought in the trenches and possibly violent, something the Republican establishment was no longer capable of doing.

Limbaugh was not only a conduit for this level of frustration, but one of its biggest champions. As Elizabeth Bruenig, a New York Times writer, astutely observed, the evangelical movement that embraced Trumpism chose to exchange Christ’s call to “turn the other cheek” for the Taliban’s law: an eye for an eye, a tooth for a tooth.

Like all grand moralists, during his seven decades,he regularly meandered between irony and hypocrisy, which he tried to cover up with humor and shamelessness. He was married four times, was caught with unprescribed Viagra on a trip to the Dominican Republic (he joked that he thought they were M&Ms from the Clinton Library) and died at 70, a victim of lung cancer, having been a compulsive smoker who denied that tobacco harmed people’s health. COVID-19? It was just a “common cold.” The impact of Limbaugh’s career on American conservatism? A long pandemic, with no cure in sight.

The bluster may have ended, but its echo isn’t going anywhere.