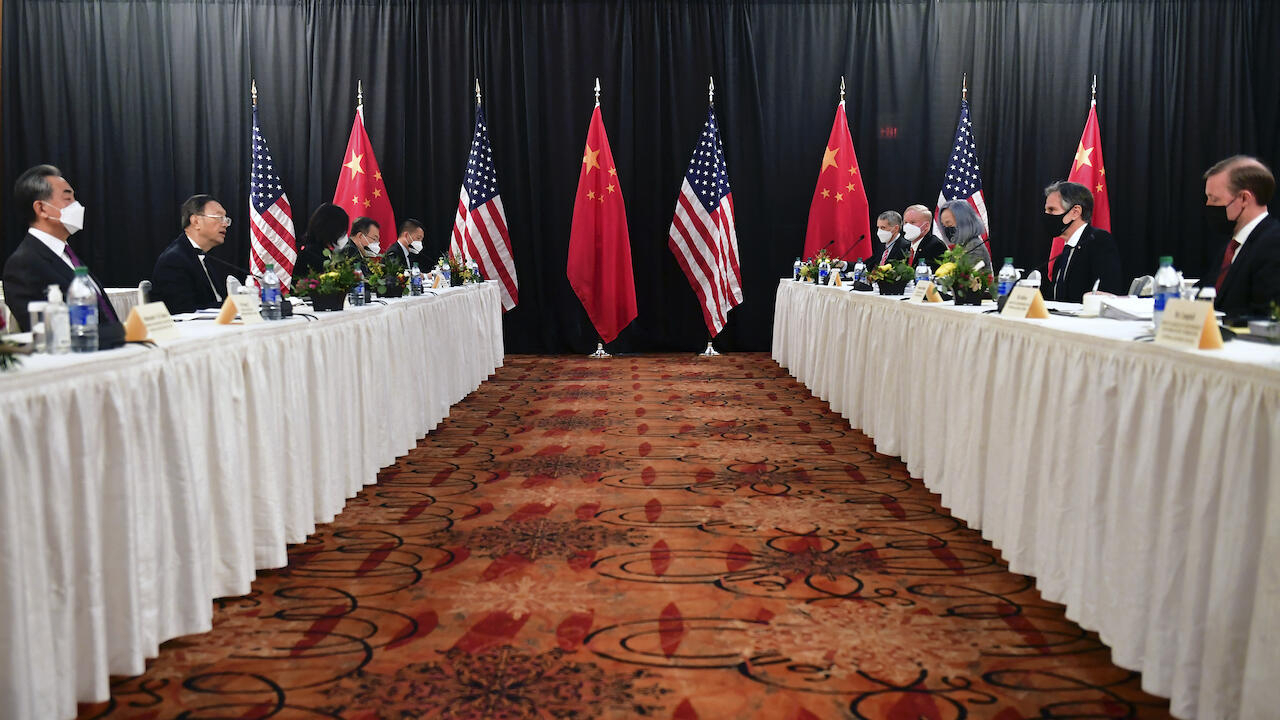 Top U.S. and Chinese officials met in Alaska, the two sides exchanging barbs and biting remarks. Both sides made clear their stances. The U.S. emphasized the importance of peace and stability in Hong Kong, Xinjiang and across the Taiwan Strait, while the Chinese Communist Party asserted its position that Taiwan belongs to China.

The race between the U.S. and China is not just pure economic competition or two major powers struggling over spheres of influence, but an attempt by the CCP to replace the Western “democratic model” with the “authoritarian model.” Taiwan’s geographic location happens to be at the forefront of the intersection of maritime and land power. For both the United States and China, Taiwan occupies a very important strategic location. As the situation and balance of power changes, the price that the U.S. and China are each willing to pay to ensure strategic interests in the region will also change, and Taiwan’s political attitude becomes key.

The growth of the CCP’s military and economic power in recent years has been a major factor affecting U.S. relations with allies and partners in the Asia-Pacific region. From the South China Sea to the Himalayan border between China and India, the CCP has been gradually increasing the force of its territorial claims and adopting a tough stance in response to challenges. In addition, the South China Sea and the Taiwan Strait are core interests of the CCP. The recent presence of Chinese submarines in the waters around Taiwan and the regular activities of military aircraft in the southwestern airspace are all attempts to demonstrate military power beyond the first island chain, including the frequent patrols of nuclear-powered ballistic missile submarines in the South China Sea and the Western Pacific, challenging U.S. dominance in the Indo-Pacific region.

At present, the Quadrilateral Security Dialogue among the United States, Japan, India and Australia has become the core of the Indo-Pacific strategic framework. The four-party dialogue, as well as the U.S.-Japan and U.S.-Korea “two-plus-two” dialogues that preceded the U.S.-China talks, indicate the United States’ expectation that Japan and its allies will play a greater role in resisting China, and Japan has demonstrated more concrete action and plans to hold joint U.S.-Japan exercises in the waters around the Diaoyutai Islands. The members of the Quadrilateral Security Dialogue have also joined hands in joint maritime exercises to counteract the expansion of China’s military power.

India’s attitude will influence the course of geopolitics in Europe and Asia. The U.S., Japan and Australia have established a long-standing and stable military alliance, while India shares a large border with China and is involved in a sovereignty dispute. As India is a member of the Quadrilateral Security Dialogue, it has clearly impacted the strategic posture of the U.S. and China as the two major powers. Although the CCP is keen to upend the status quo in the Asia-Pacific region and create a new world order in line with Chinese ideologies, the structural deficiencies of the political system are an insurmountable obstacle.

Although the gap between the economic and military strength of the United States and China is narrowing, the U.S. possesses diplomatic and geopolitical advantages, democratic institutions, an educational environment, cutting-edge technology and financial supremacy that the CCP cannot hope to match. In order to cross the Pacific Ocean, the Chinese Communist military power must break through the first island chain, but the first island chain almost completely consists of U.S. allies. Most of the world’s top talents study or work in the United States, the U.S. dominates the global financial system and the U.S. democratic system is more attractive than the Chinese model — all this indicates that the U.S. still has the upper hand in this battle between the two global powers.