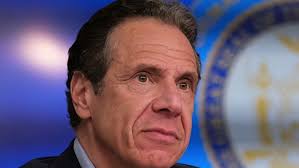 A hero in the fight against COVID-19 and Donald Trump becomes a pariah over sexual harassment allegations.

New York Gov. Andrew Cuomo, who just a year ago was one of the heroes in the fight against COVID-19, a prominent critic of President Donald Trump and one of the Democratic Party’s political heavyweights, is hurtling toward a political demise. And it’s not only due to accusations of sexual harassment, as it was revealed that the governor, for political reasons, hid the state’s true COVID-19 situation.

There were United States flags and New York state flags, a tie, a button-up shirt and blazer, a calm, deep voice with an excellent command of the numbers. Gov. Cuomo’s daily COVID-19 briefings were watched not only by state residents but by citizens all over the country. Cuomo, not just an outstanding politician but one of the most recognizable and popular figures in the country, watered down the latest statistics and local government plans with casual remarks, such as comparing COVID-19 to the Grinch or calling for “putting a harpoon in the beast.” The juxtaposition of the collected and businesslike governor with the chaotic Trump also helped.

Last March, when the governor’s famous briefings were just beginning, there was a resounding call among Democratic Party leaders, who clearly believed he could defeat Trump in November 2020, to nominate Cuomo for president given his experience as a a seasoned executive and veteran of New York politics.

A year has passed since then, and the Cuomo of today is unrecognizable. He stands accused of sexual harassment and inappropriate touching of women; he is under federal investigation for manipulating COVID-19 mortality rates in the state, and the Democratic Party is turning its back on him.

Cuomo, however, is not yielding to pressure. “Politicians who don’t know a single fact but yet form a conclusion and an opinion are, in my opinion, reckless and dangerous. Politicians take positions for all sorts of reasons, including political expediency and bowing to pressure,” he said in response to critics.

Indeed, people have made plenty of accusations regarding Cuomo. First, several women (including government employees) accused him of misconduct. In particular, an unnamed aide to Cuomo told the police that he called her to the second floor of his private residence to help with a technical issue. When the woman arrived (as she was obligated to do as part of her official duties), he reached under her blouse and began to grope her. Law enforcement officers clarified that Cuomo’s actions may have risen to the “level of a crime.”

In addition, back in February, Lindsey Boylan, a former employee of the governor’s office, accused her boss of hitting on her several times, and once kissing her on the lips without consent.

Finally, another subordinate of the governor, 25-year-old Charlotte Bennett, said that the governor asked her how often she has sex, if she has been with older men, and confidentially let her know that he was not against relationships with 20-year-olds. The accusers were joined by dozens of former administration officials who called the office atmosphere “chaotic” and “unprofessional.”

The allegations of sexual harassment are Cuomo’s main problem, but the nursing home scandal poses an additional threat. The origins of this scandal date back to last year, the year of COVID-19. In the spring of 2020, the governor was criticized for an order requiring nursing homes to take in recovering COVID-19 patients. Opponents of this measure argued that it would increase deaths from the virus, but they were ignored.

In July 2020, the New York State Department of Health issued a report confirming that the governor made the right decision. However, it also included something extremely untoward for Cuomo: doubt that the state correctly reported the number of deaths in nursing homes. And in January 2021, the New York Attorney General’s office reported that the Cuomo administration had hidden several thousand such deaths.

Cuomo admitted that his administration had been in no hurry to report the data to state lawmakers. The total number of deaths reported is correct, but the nursing home residents who died outside the homes in hospitals, for example, were not included. Cuomo explained that he feared Trump would take advantage of the high death rate and start an inquiry into his conduct. Back in August 2020, the Justice Department requested information from New York state authorities, whose order “may have resulted in deaths of elderly nursing home residents.” When it was revealed that the governor misrepresented the facts, the first calls for his resignation were heard. The “sex scandal” only topped off what had already begun.

So far, Cuomo does not intend to step down, but his groups of supporters are diminishing, and those people who previously called for an honest and objective investigation are increasingly saying that in this situation, Cuomo cannot effectively govern the state and must leave his post.