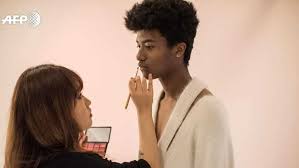 “I’m proud to be Asian … Many of us don’t get the chance to be able to say that….” While watching a speech by Korean actor Sandra Oh, who participated in a protest against hate crimes against Asian residents on March 20, I recalled an interview last year where she expressed her feelings about the movie “Parasite.” Oh said, “I didn’t even know myself, but I was always conscious of being of color and realized that I wasn’t free. I could feel it when director Bong Joon-Ho stood on the stage of the awards ceremony. His gaze is free, but I didn’t see it that way.”*

“And I just felt so free,” she continues. “I think that also as Korean Americans, seeing that, it was a celebration because I could feel like he doesn’t have these layers on him that I realized I still carry.” Racism is so persistent that even Oh, who was born in Canada, who grew up in the middle class and was successful enough to win the Golden Globe Award twice, cannot be free.

While Oh condemned hatred for Asians on the streets of the U.S., migrant workers stood in long lines at COVID-19 screening stations in most parts of [South] Korea. They did so because eight cities and provinces mandated the COVID-19 diagnostic test, but only for migrant workers. How does that differ from racial discrimination in the United States, in the eyes of 2.5 million immigrants in Korea who either have been in that situation or who have observed it?

The report “A Study on the Reality of Racial Discrimination in Korean Society and the Legislation to Eliminate Racial Discrimination,” released by the National Human Rights Commission of Korea in March last year, shows that covert racial discrimination in Korean society is widespread. According to a survey and interview survey of 300 immigrants, including married immigrants, compatriots, refugees, international students, professionals, migrant workers and North Korean defectors, 68.4% said “racism exists.”

However, the reason why immigrants experience racism is interesting. Differing from Western racism, the percentage of discrimination based on skin color or religion is relatively small (24% and 18%). On the other hand, the percentage of discrimination felt on the basis of Korean language proficiency (62%), speech (56%) and country of origin (56%) was high. Racism in Korea occurs for everyday reasons, such as economic level and the speech of the country of origin, rather than for easily observable biological reasons.

The report cited three characteristics of Korean racism. First of all, there is racism at the government level, which adheres to an “identification guarantee system” that makes it difficult for foreigners to exercise their own rights. Second, there is institutional racism, such as the “employment permit system,” which mainly places migrant workers in simple labor and workplaces with less than five employees. There is also racism in everyday life that racializes for social and cultural differences, even if there are no ethnic differences. What’s more serious is that many people believe that “Korea has nothing to do with racism,” and are ignorant of — or overlooking — the discrimination taking place around them.

Clear evidence of this widespread and secret racism is the discriminatory COVID-19 diagnostic test for migrant workers. Even if the number of confirmed cases has increased recently at workplaces where migrant workers are concentrated, the cause is more likely to be businesses or living conditions vulnerable to the spread of COVID-19, rather than being the fault of workers. In addition, the forced investigations of migrant workers, even though migrant workers and Koreans work together, is an action by local governments that stigmatizes “foreigners” as spreaders of infectious diseases — thus, spreading hate and discrimination, and passing on the responsibility for failure to quarantine to the socially disadvantaged. Furthermore, some local governments openly violate the National Human Rights Commission of Korea Act, which prohibits the infringement of equal rights for migrants, mandating hiring after a negative judgment is received. Otherwise, it is difficult to find active measures taken by the government and civil society.

The proportion of migrants in Korea is about to exceed 5%. Considering that the birth rate is the lowest in the world, it will increase rapidly. No matter how hard you try to ignore it, Korea is already a “multicultural society.” There will be more immigrants with global achievements in the future. The “second Sandra Oh,” who grew up in Korea, wonders how she will speak openly about the Korean society of her youth.

*Editor’s Note: Although accurately translated, this quoted passage could not be independently verified.