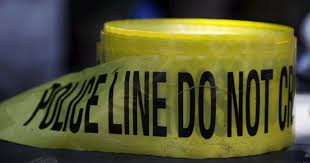 For eight minutes and 46 fatal seconds, U.S. citizen George Floyd, an African American, lay under the knee of a merciless Minnesota police officer, Derek Chauvin. Floyd died from asphyxiation, and his agony was recorded last May 25. The entire world saw what was one example of a larger pattern of police abuse, in this case possibly aggravated by racism. Now the former police officer has been found guilty and may spend decades in prison.

It has been nearly one year since the murder occurred, and the case has put the American justice system to the test. It has also highlighted decades of struggle for civil rights. Sadly, this was not the first case of excess force used against people of African American and Latino descent, nor will it be the last.

The fight for civil rights in the United States has been long and arduous. More than a few times, it has also been bloody. This is so especially because of the persistence of radical far-right movements, which claim a supposed supremacy, one which can more easily be linked to historical nonsense like Nazism than to any intelligent theory or ideology. Stereotypes and prejudices cloud followers’ judgment and lead to barbaric events that are abjectly horrific when committed by agents of the law, whose role is to ensure the security, safety and rights of citizens. The importance of the police officer’s role to protect is what moved the jury to find the defendant guilty on all three counts. Still, the verdict will be particularly controversial because there is a historical precedent of permissiveness granted to law enforcement officers throughout the United States, precedent which includes a number of previous verdicts that absolved police officers in similar situations.

“Systemic racism is a stain on our nation’s soul … No one should be above the law, and today’s verdict sends that message. But it’s not enough. We can’t stop here,” said President Joe Biden. Former President Barack Obama tweeted, “Today, a jury did the right thing. But true justice requires much more.” They are right: we need systemic processes to combat and change patterns of discrimination based on ethnicity, sex, religion and class. And these problems are not found only in the United States.

It is still necessary to monitor police, and to sanction conduct which damages a person’s dignity. While it is true that there are high-risk and aggressive criminals who dangerously resist authority, it is also true that police officers receive technical, legal and ethical training to deal with such personalities, and they practice in the field.

In this context, it is important to remember that here in Guatemala, we still have not seen any results from the investigation supposedly begun by the district attorney regarding the chaotic, uncoordinated and violent action taken by the police against citizens who were peacefully protesting in the Plaza de la Constitucion. Vandalism to the Legislative Palace gave rise to this embarrassing operation, acts that occurred when there was no police presence. The brutal assault followed. The minister has provided no explanation whatsoever, because the case has been blocked by pro-government political forces. It is high time the district attorney provide a report of his findings, or lack thereof. In the case of the latter, this would truly be telling.