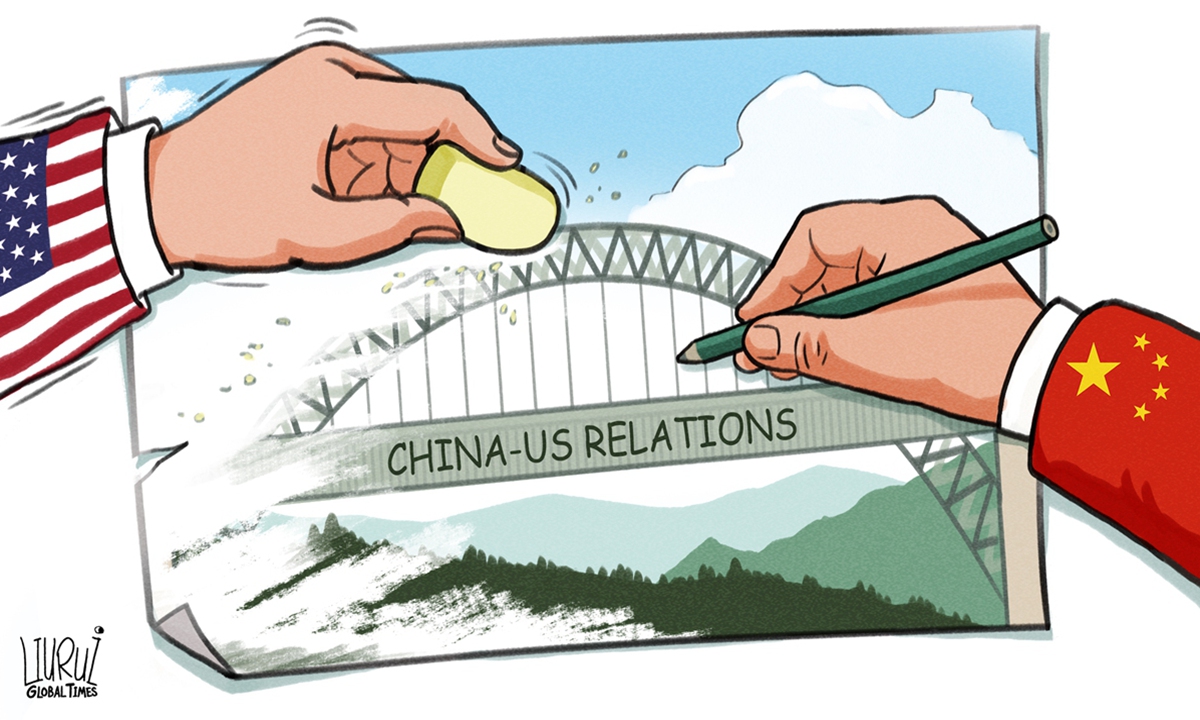 On April 21, the U.S. Senate Committee on Foreign Relations reviewed and approved the Strategic Competition Act of 2021. Regarding the 283-page bill, the spokesperson of the National People’s Congress Foreign Affairs Committee, You Wenze, stated on April 22 that it is full of Cold War mentality and ideological prejudice, reckless misinterpretation, slander and discrediting of China’s development strategy and domestic and foreign policies, grossly interferes in China’s internal affairs and seeks personal gain to the detriment of China.

The U.S. Senate Committee on Foreign Relations had previously issued a statement boasting that the bill represents “unprecedented” bipartisan cooperation and that the United States will mobilize all strategic, economic and diplomatic tools to counter China. Obviously, it is going to push China-U.S. relations toward increased competition and complete confrontation. Next, the bill will be submitted to the Senate and the House of Representatives for approval, and then it will be signed by the president. It is generally believed that given the United States’ current attitude regarding China, the bill will be given the green light. After the act takes effect, it will inevitably put pressure on or restrain the Joe Biden administration’s China policy. Of course, Biden will still have some room to maneuver.

There is no doubt that this is a draconian law that reflects the will and attitude of the stubborn anti-China forces in the U.S. Congress. In order to suppress China’s development in every way possible, Congress carefully drafted this strategic road map, attempting to erase all aspects of cooperation within the Biden administration on China-related issues, and take over the Biden administration policy’s opposition to China with respect to various points of competition. On the other hand, this bill and its passage is also a manifestation of the U.S. Congress seizing the power of the presidency with respect to its dominant role in foreign affairs.

Some people compare the Strategic Competition Act of 2021 with George Kennan’s “Long Telegram” that started the Cold War. Some foreign media commented that once the act takes effect, it is “tantamount to proclaiming the beginning of a new China-U.S. cold war.” I have to say that this is a great exaggeration of the bill and those who proposed it. There are more than a few American politicians and scholars who want to be the Kennan of the new era, but in the past 30 years, I have not seen anyone who has this potential.

This bill surpasses the Cold War telegram in terms of word count, but its weight is vastly different. The Cold War telegram has Kennan’s insight and calm judgment of the situation. The current bill is just a reckless release of prejudice against, and evil thoughts about, China. More importantly, the “new cold war” is unpopular in today’s world and will cause direct and sizable harm to the national interests of both China and the United States. Those who promote the “new cold war” are all history’s sinners.

The promulgation of the bill is largely the result of the United States’ distorted attitude toward China. The fact that Biden is unable, or does not intend, to put a stop to it also reminds us that U.S.-China relations still face great difficulties; even though the Biden administration often says to “cooperate when we should cooperate,” it is not easy to achieve. We must be prepared for a long-term struggle against the destructive forces in China-U.S. relations, of which this draconian law is a concentrated expression.

The content of the bill is very complex, and is divided into several major aspects, such as diplomatic strategy, human rights and values, the economy, trade and technology, military weapons, etc., as well as a plan on how to confront China. The relevant Taiwan-related provisions of the bill seriously violate the One China principle and the provisions of the three China-U.S. joint communiqués, sending the wrong signal to the “Taiwan independence” forces.

What needs to be emphasized is that the bill looks aggressive on the surface, but we don’t need to be scared by it and overestimate its power. The U.S. Congress is very good at engaging in such actions. However, the creators of the bill have been deceived by their malice against China, have lost their composure and have no ability to stifle the rise of China. The same saying still applies: “We will not play with the villains, but we also will never allow them to cause trouble.”

About Jaime Cantwell 39 Articles
I'm a rising senior at New York University Shanghai interested in international relations, music, and anything language-related. I'm originally from the Seattle area, but have spent the past few years in Shanghai, Taiwan, and New York!