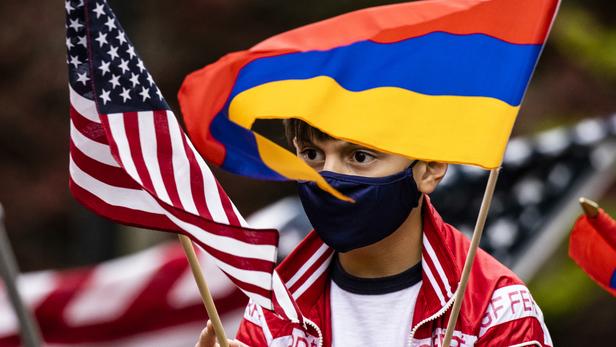 Joe Biden has just officially recognized the Armenian genocide. For Jules Boyadjian, president of the Committee for the Defense of the Armenian Cause, this recognition weakens Turkey’s position within NATO.

President Joe Biden has just formally recognized the Armenian genocide. Some 106 years after the massacres that left more than 1 1/2 million dead in the Ottoman Empire, and 20 years after a law was passed in France recognizing the Armenian genocide, the United States, through the voice of its president, has stepped in. The reason we have had to wait so many years for an American president to brand those acts as genocide is certainly not due to any lack of historical knowledge or scientific doubt — a relentless flow of studies published in the United States has demonstrated the reality of the Armenian genocide — it is because of the very strong political and diplomatic dimension that the White House ascribes to these gestures. For the United States, this recognition holds symbolic power, not as a gesture of remembrance so much as a geopolitical one. The message carries no ambiguity given the context in which it was delivered.

On the one hand, it is a message directed at America’s allies in Europe as well as in the Middle East, emphasizing that the nature of their relationship with Turkey should evolve and that Turkey no longer belongs to the inner circle of strategic and privileged allies.

On the other hand, it confirms to Europeans that the United States will once again attend to the cenacles of multilateralism, that it will not let NATO become the “brain-dead patient” that President Emmanuel Macron decried, and that it will start again to get involved in geopolitical issues affecting the European continent.

Last but not least, Biden’s declaration is a message to Turkey that its position within NATO is particularly weak. NATO is a military alliance that promotes the values of democracy and liberalism in the service of peace. It cannot be content with including among its members a genocidal and denialist state that spreads death over all its borders, openly threatens Cyprus and Greece in the Mediterranean, deploys Syrian auxiliary troops in Libya, attacks the Kurds, who are strategic allies of the U.S. in Syria, and — more important yet, considering the nature of the message — massacres Armenians in Nagorno-Karabakh, supplying weapons to Azerbaijan and deploying jihadis across Transcaucasia.

On that issue, the timing here is particularly significant. Along with Russia and France, the United States co-chairs the Organization for Security and Co-operation in Europe’s Minsk Group, which is charged with finding a solution to the conflict. It would be somewhat incongruous to recognize the Armenian genocide immediately after the war in Nagorno-Karabakh, and remain passively in the backseat, letting the survivors of the genocide be wiped from the map in Caucasia, something the Turkish and Azerbaijani presidents are still considering doing. It is also a potent lesson for the French Ministry of Foreign Affairs, which has ceaselessly warned President Macron against any strong intervention and ignored appeals from the entire political class, action punctuated by two resolutions passed by the National Assembly and the Senate in the name of a neutrality perceived by the Turkish-Azerbaijani alliance as a blank check to carry out their gruesome plan.

The recognition of the Armenian genocide is not only a gesture of remembrance, it is a gesture by President Biden to isolate Turkey and call upon its allies to change their policies. In that respect, it is historic.