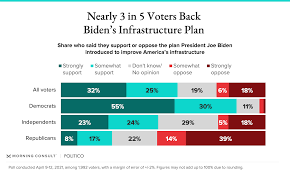 The president of the United States wants to become a transformative leader in the wake of his predecessors, also Democrats

Bland, senile Joe Biden, the one who promised his donors on the campaign trail that he would change nothing fundamental, the epitome of the white establishment, makes a 180-degree turn to lead a paradigm shift that rescues the philosophy of Big Government as a solution and buries Ronald Reagan’s doctrine. Forty years ago, the optimistic Republican president spearheaded, alongside Margaret Thatcher, the neoliberal revolution that dictated that government was the problem, never the solution — thinking that we still live by today.

Biden has understood that healing America’s soul requires going beyond a predictable presidency. Armed with a boldness he was not supposed to have, he has decreed the end of minimal government by presenting, in a speech to both houses of Congress, a program of structural changes backed by a massive injection of public money as an investment in the citizenry.

He is 78 years old now, and able to gamble everything in order to go from being a transitional president to a transformative president in the wake of his fellow Democratic predecessors: Franklin Delano Roosevelt, author of the New Deal in the difficult days of the 1930s, and Lyndon B. Johnson, who legislated the Great Society by putting an end to the indecent discriminatory laws against the Black population. The crisis unleashed by the COVID-19 pandemic and the latent existential threat of our time in the wake of climate change serve as an opportunity to make his presidency a historic one. Two out of every three Americans support him.

We are witnessing, almost without quite believing it yet, the beginning of a new social contract between the federal government and the American people, a reparation due to the lame duck middle class and the underprivileged. The president proposes, then Congress will have to dispose a Herculean task: to spend $6 trillion — 30% of the country’s gross domestic product — to turn the economy around, create value as a nation, tackle child poverty, provide free childcare to allow parents to work, undertake a total overhaul of the aging infrastructure and reverse climate change by creating hundreds of thousands of new jobs in the transition to a green economy. It is almost the construction of a European social democracy, recapturing the extraordinary invention of a British Labour government in 1945: the idea that the state protects you from the cradle to the grave.

His statement alone is great news for the U.S. and the world. For the moment we have only Biden’s word: America is once again on the move in a competition to be the winner of the 21st century. The U.S. cannot stand still as China and other powers move forward. The Democratic president assures us that it can be done without increasing deficits or causing inflation. Revenues will come from raising taxes on those earning more than $400,000 a year, on big business and by raising the tax rate on capital income to match that on labor income. Biden has taken the first step toward achieving this. His conversion is extraordinary.

About Stephen Routledge 119 Articles
Stephen is the Head of a Portfolio Management Office (PMO) in a public sector organisation. He has over twenty years experience in project, programme and portfolio management, leading various major organisational change initiatives. He has been invited to share his knowledge, skills and experience at various national events. Stephen has a BA Honours Degree in History & English and a Masters in Human Resource Management (HRM). He has studied a BSc Language Studies Degree (French & Spanish) and is currently completing a Masters in Translation (Spanish to English). He has been translating for more than ten years for various organisations and individuals, with a particular interest in science and technology, poetry and literature, and current affairs.