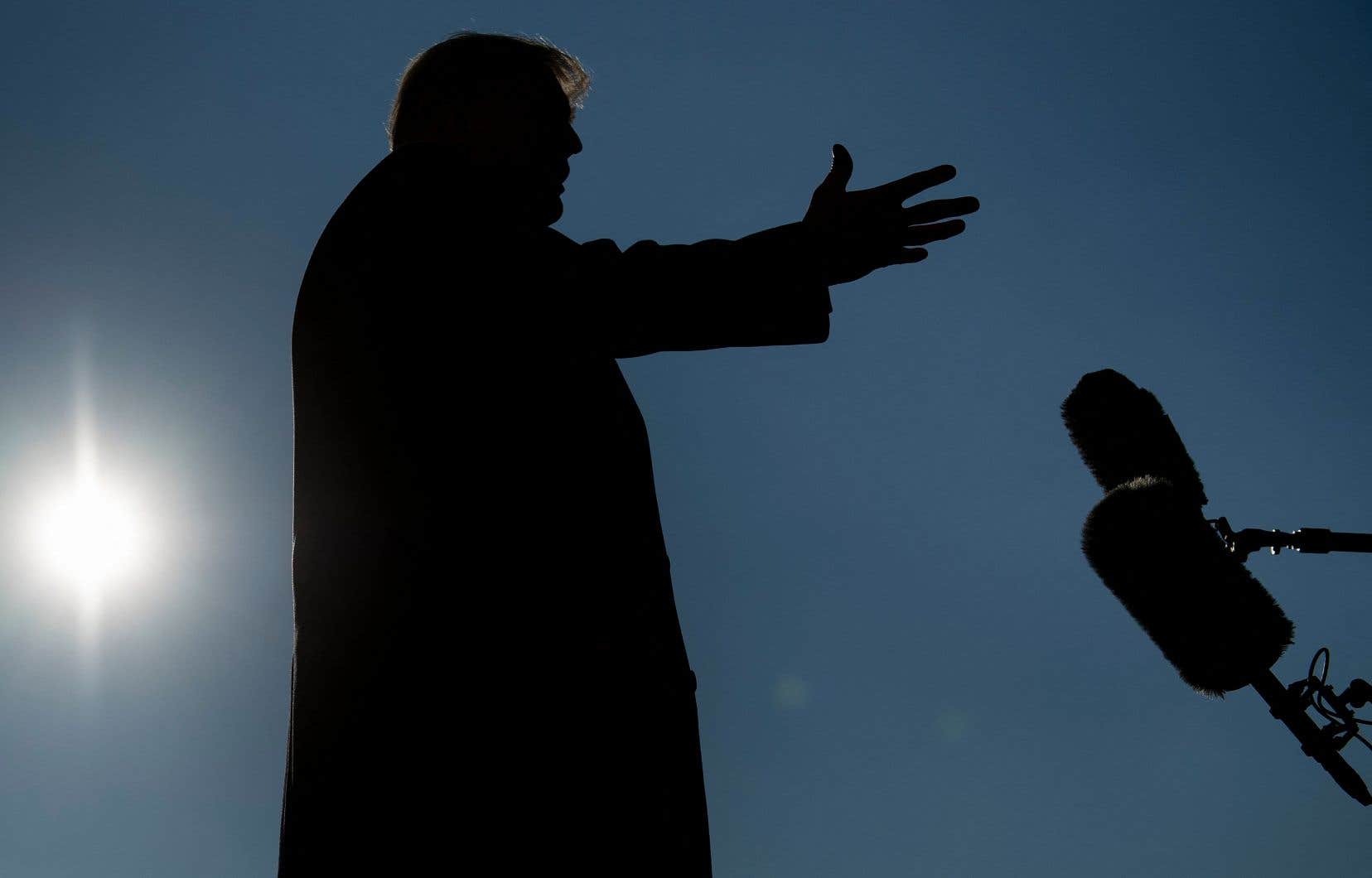 It’s the price one pays for defending the truth. Liz Cheney, the Republican Party’s No. 3 in Congress and chair of the party’s Congressional conference, faces losing her job in a vote on Wednesday. The reason? Her opposition to Donald Trump and to the populist’s unfounded accusations of election fraud to explain his defeat last November.*

The punishment has been orchestrated by several of her colleagues within the Republican Party, who almost unanimously decided to reinvigorate the “big lie” that Joe Biden “stole” the presidential election. Adhering to this “alternative” reality has now come to represent an essential pledge of support for the former president, despite the fact that promoting the lie now also represents a threat to American democracy and to citizen confidence in the country’s public institutions.

“In these circumstances, the survival of American democracy is actually becoming more and more problematic,” concluded Mack Shelley, chairman of the political science department at Iowa State University, in an interview with Le Devoir. “The whole strategy behind the ‘big lie’ is to deny the legitimacy of the electoral process, but equally that of decisions made by elected representatives who have chosen not to support Trump. His hold on the Republican Party is still very strong.”**

“A significant proportion of the electorate risks not believing any future victory of the Democratic Party in swing states, unless Trump becomes significantly less popular among Republican voters, or one day admits defeat,” noted political commentator Cory Manento of Trinity College in Connecticut. “And neither of these things are likely to happen, not without explicit pressure from leaders of the Republican Party at any rate.”**

The existence of election fraud, promoted by the former president, has been disproved repeatedly by election authorities in every state, including Republican-governed states. It was also disproved by dozens of legal proceedings in the U.S. brought by those close to the president in an effort to invalidate the 2020 presidential election result. The litigation failed because there was no evidence to support any fraud.

“Republican representatives perhaps don’t really believe this lie, but in the majority of cases, they have to follow the pro-Trump propaganda machine,” Shelley contends. “It’s their only way to be elected or reelected in the upcoming primaries before the 2022 midterm elections. This problem is worsened by the fact that campaign financing also depends significantly on very strongly pro-Trump donors.”**

More than 70% of Republican voters still believe, more than six months after the election, that election fraud explains why their candidate lost last November, according to a CNN poll conducted at the end of April. “Republican voters are bombarded almost all day by propaganda supporting the ‘big lie’ by right-wing media organizations and influential individuals,” Shelley added. “In this echo chamber it’s almost impossible to convince them to resist.”**

However, this is what Cheney has tried to do for several weeks. “History is watching us,” the Wyoming politician wrote in a letter addressed to colleagues preparing to remove her from her post. Cheney is a long-standing conservative and the daughter of former Vice President Dick Cheney, who was liked by Republicans in his time. “Republicans need to stand for genuinely conservative principles, and steer away from the dangerous and anti-democratic Trump cult of personality,” she said.

In the race to replace Cheney at the Republican Congressional Conference, the favorite is New York Rep. Elise Stefanik, who has publicly embraced Trump’s “big lie” of election fraud. In recent weeks, she has also welcomed the judicial recount of ballots — the third recount since the election — in Maricopa County, the most populous county in Arizona, where Republicans frequently reassert their allegiance to the populist former president, after the state swung from the Democrats’ camp last November, to everyone’s surprise.

“This message is working,” said former Republican Rep. Denver Riggleman of Virginia last week, who lost to a pro-Trump opponent. “As long as it leads to a win, that’s what’s most important. If you think you can win by fanning these flames of disinformation, why wouldn’t you do that if you have no integrity?” he told MSNBC.]

“Having lost Congress, the Senate and the presidency in 2020, Republicans could have seen this as a sign that they didn’t have the right message to reach voters,” Manento said. “Instead, party leaders prefer to deny defeat, whether implicitly or explicitly, and continue to attack the integrity of democratic institutions. Honestly, I am skeptical about an electoral strategy that consists of telling potential voters that the election they’re about to vote in could be fraudulent.”**

Last Friday, Trump was once again eager to rekindle the flames of the falsely alleged fraud. In a statement, he denounced the high number of votes cast in favor of Biden that arrived the day after the election, which gave Wisconsin and Michigan to the Democrats in November 2020.

We must remember that the pandemic increased levels of early and absentee voting last year. Furthermore, in several states, Republicans objected to votes being counted when they arrived, which therefore also prevented disclosure of final results on election night. The message has created fertile ground for the idea of fraud based on, above all, a lack of understanding of the electoral process and the impossibility of a former president accepting defeat.

*Editor’s Note: House Republicans voted to remove Cheney from her leadership position on May 12.