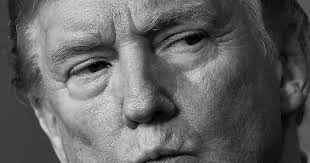 The Republican Party should move away from the bad influence of the former president.

A majority of Republican legislators on Wednesday [May 12] managed to overthrow Liz Cheney from her position as leader of the party group in the United States House of Representatives. Her only political crime is blatantly refusing to spread the greatest of Donald Trump’s lies: that some kind of conspiracy stole his victory last November. For the same reason, Cheney voted in favor of the former president’s second impeachment, while her colleagues hid behind a technicality to hide the obvious. What happened reveals the disturbing inability of Republicans to leave behind one of the most shameful episodes in their history, that of denying the legitimacy of an electoral result.

The fear of upsetting Trump supporters is what keeps the Republican Party paralyzed. Most elected officials have come to the conclusion that only unconditional support of the former president guarantees their position. Despite the challenges of the moment, the party is stuck in blind loyalty to a character who has now decided to label the 2020 election as “the big lie.” Cheney has refused to spread this slogan and has also criticized it on social media as “poisoning our democratic system.” She is right.

Republicans can get Cheney out of the way, but they can’t escape the crumbling that loyalty to Trump threatens to produce in the party. For the next round, the midterm elections of 2022, Republican candidates find themselves in trouble: You cannot stand out and raise money without embracing the Trumpist madness; and at the same time, it is very difficult to win elections in the real world when living on planet Mar-a-Lago. According to the press, the tension between the Republicans has led 100 of its members to consider creating a third party, in which they can be conservative without being conspiracy theorists. The Republican Party must now begin to escape the Trumpist trap that prevents it from thinking and acting, or it faces a bleak future.

About Sergio Ferreras 39 Articles
Hi! My name is Sergio and I come from Spain. I am new here, but eager to start contributing and learning from the great people at Watching America!