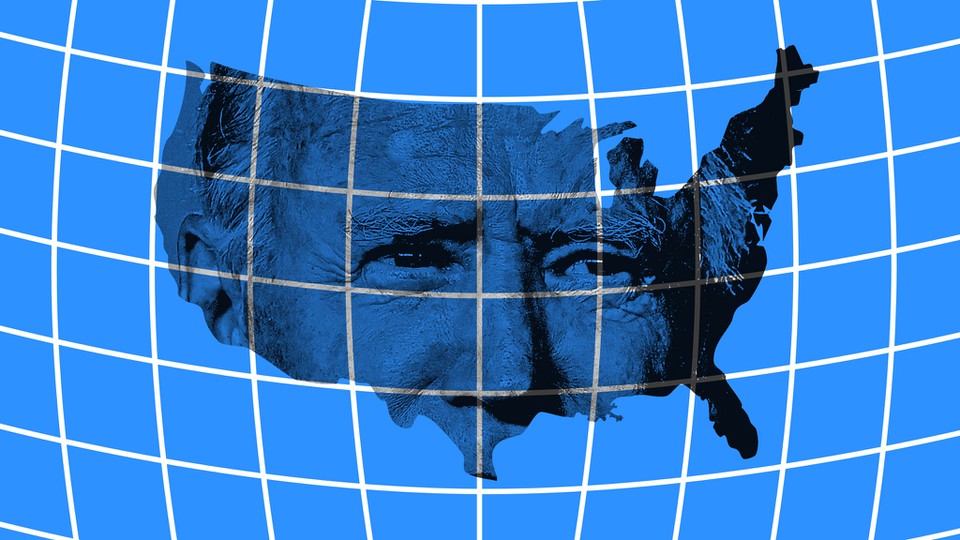 In what way can we say that Joe Biden represents a rupture, or at least a disruption, in American history and American political-economic life? Anticipating the argument that I intend to develop here, I would say that the disruption seems greater at the domestic level than at the international level. Domestically, the disruption is massive. What the U.S. has is a mixture of hyper-Keynesian economics and social democracy (in the European sense) — a rupture in the American tradition of the last 40 years. At the international level, what Biden proposes is essentially a return to the pre-Donald Trump era, keeping certain objectives, but not the methodology used by his predecessor. If all goes well for Biden, the Trump administration will appear as an unfortunate, unintelligent detour that has weakened the United States.

Hyper-Keynesianism and Social Democracy Land in the US

Biden’s economic Keynesianism is expressed, as it is known, in an aggressive fiscal policy, which implies a sharp increase in spending, including social and public investments. This sharp increase in spending adds to the already expansionary fiscal policy practiced by Trump in response to the COVID-19 pandemic. Biden’s 100th-day speech in Congress, a reading I highly recommend, explains his policy in detail. I would like to emphasize one point he made: the plan to complete the American welfare state. The welfare state is lacking compared to the European-style welfare of developed European countries or Canada. What Biden proposes, essentially, is to bring it up to par.

This delay in bringing the welfare state up to par has deep-set roots. As economic historian Adam Tooze noted, “If there was a single factor that explained why the U.S. did not have a comprehensive welfare state, it was racism. Welfare in America was code for race, and for Black dependency in particular.” This is absolutely right. American racism is a reality. And, I would add, the election of Barack Obama in 2008 was an accident that would not have happened if the disastrous financial crisis that began in 2007 had not occurred, and if the Republican government of George W. Bush had not failed to anticipate the crisis and deal with its first effects.

Biden wants to break with the nefarious legacy of racism. In his 100th-day speech, he said quite clearly that “white supremacy is terrorism,” and poignantly recounted the conversation he had a year ago with George Floyd’s 6-year-old daughter: “She’s a little tyke, so I was kneeling down to talk to her, so I can look at her in the eye. She looked at me, she said, ‘My daddy changed the world.’ Well, after the conviction of Floyd’s murderer, we can see how right she was — if, if we have the courage to act as a Congress. We have all seen the knee of injustice on the neck of Black Americans. Now is our opportunity to make some real progress.”

All of this is very beautiful and I was touched by it myself. However, there is a lack of acknowledgment by the Americans that this same white supremacy and racism dominates at the international level and stifles the development of emerging and developing countries.

I don’t want to use cheap, beaten up rhetoric, but the question is: What happens to U.S. imperialism under Biden? It is here that Biden’s rupture with the past is unclear. And, let’s face it; we wouldn’t expect it to be any different. Biden was elected president of the United States to look after American interests — he will only take into account the interests of other countries if it is convenient from the U.S. perspective. Remember, humanity does not exist from a political point of view.

To answer the question about American imperialism, it seems necessary to take a few steps back. Since World War II, the world has lived under the U.S. and its European allies’ hegemony. The North Atlantic Alliance, which was under American command, had the power to do as it pleased. It did not always prevail, of course, but it was the center of power. With the collapse of the Soviet bloc and the Soviet Union itself in the late 1980s and early 1990s, this hegemony was consolidated. The United States became the “superpower,” and the international rhetoric of Americans and Europeans came to be dominated by the supposed triumph of “neoliberal globalization.”

Biden assumes the presidency of the U.S. at a time when his country lives under the impact of a succession of shock waves that have deeply shaken American hegemony and “neoliberal globalization.” I would highlight the following:

1) The rise of emerging economies in the 21st century. China is the most celebrated case, but it is not just China. I remind the Brazilian reader that, until our crisis of 2015, Brazil was featured prominently in this group of countries as well.

2) The financial crisis in the North Atlantic region of 2007-2009, which required forceful government microeconomic and financial response. This crisis has shaken not only the convictions that the financial system could work with lighter regulation, but it has undermined the confidence of the entire world in the economic-financial theses propagated by Americans and Europeans. The impact was all the greater because emerging countries, notably China, but also Brazil, experienced a milder crisis in 2008-2009 but had a faster recovery than most economies in the North Atlantic region.

3) The election of Trump, and other right-wing nationalists in Europe. Trump is a nationalist like Biden (and so are all U.S. presidents, by the way), but he has been openly opposed to “neoliberal globalization.” But he did not do so intelligently. He tore apart the American rhetorical fantasies and ended up weakening the position of their country. He never understood the value of hypocrisy — hypocrisy that, as La Rochefoucauld used to say “is the homage that vice pays to virtue” (a phrase I have quoted myself 500 times).

4) The COVID-19 pandemic that, once again, led the U.S. to another monumental monetary and fiscal response to avoid an economic recession and help those families and businesses most affected by the pandemic.

In short, Biden is taking over an already-shattered “neoliberal globalization.” His government’s plan is an attempt to respond to all of this in a way that will preserve or recover American hegemony.

The United States’ confrontation with China is the greatest challenge to its hegemony since World War II. The Soviet Union was a political-military rival, but not an economic one. Japan was an economic rival, but not a political-military one. China is both at the same time. It is no coincidence that Biden, like his predecessors, is focused on meeting this challenge. And, for now, it seems he promises more in this area than Trump or Obama.

I fully understand that China and Russia do not look kindly upon the Biden government. Trump with his mess was probably an easier opponent for them. The great political test for Biden will be to arrive at the midterm elections for Congress in late 2022 presenting positive results in terms of the economy and social and foreign policy, and expanding his majority vote in both houses, if possible. In macroeconomic terms, the challenge will be to promote rapid growth and generate employment without losing control of inflation — a serious challenge, but one that seems achievable. In 2021, it seems likely that the economy will grow at “Chinese” rates with low and a reasonably controlled inflation. What is uncertain is what will happen to inflation after 2022, considering the size of the fiscal measures taken in 2020 and, above all, in 2021, combined with an ultra-expansionary monetary policy.

A booming economy with job creation and controlled inflation would point to Biden’s great success in his first two years. But if he were to lose control of Congress to the Republican Party, still dominated by Trump, he would quickly become a lame duck, as Obama did.

Brazil, which imported perhaps a worse version of the Trump model in the 2018 election, will not be able to view Biden’s eventual failure in a positive light.