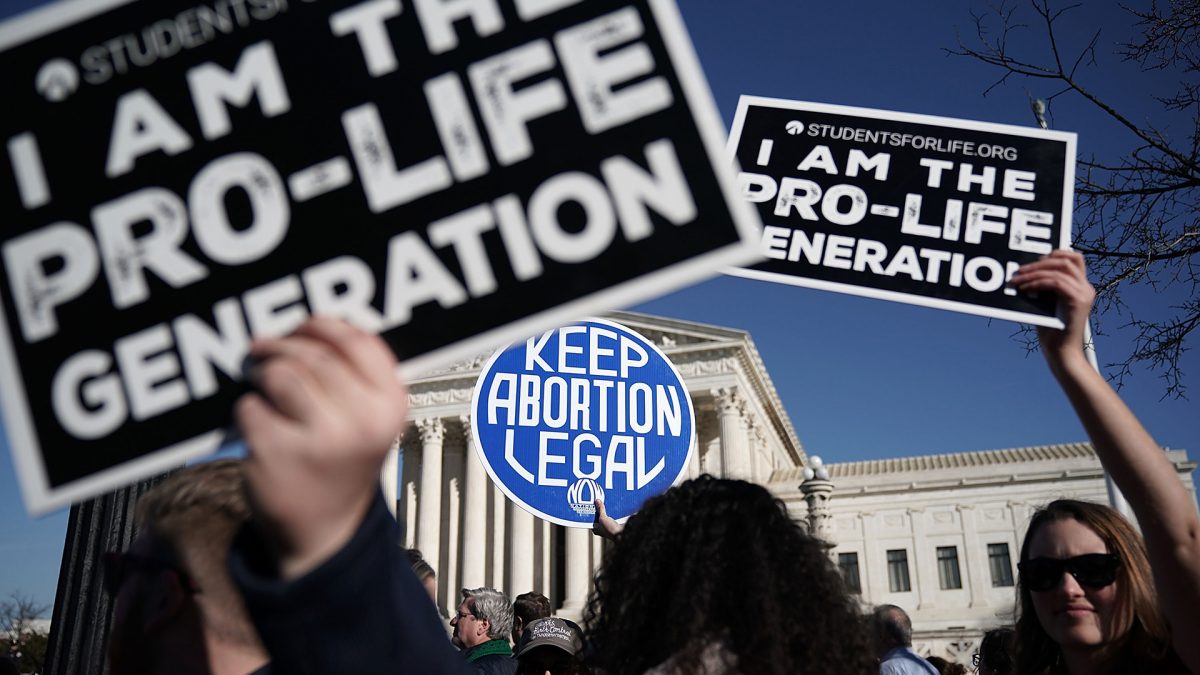 The anti-abortion movement has waited nearly 30 years for a chance to argue for the overturning of the famous Roe v. Wade decision before the Supreme Court. In a few months’ time, it will have the chance.

No American president has ever signed a law guaranteeing the right to an abortion. No Congress has ever passed a law adopting such a right. If the procedure has been legal on a national scale for close to half a century, it is due to a ruling by the U.S. Supreme Court in the Roe v. Wade case of 1973.

Since this historic ruling that protects the right to an abortion from excessive governmental restrictions, the anti-abortion movement has sought to overturn it. But since the Marbury v. Madison decision in 1803, the Supreme Court has had the last word; neither the president nor Congress can overturn its decisions. There is one path to reversing Roe, and that is through the court itself.

In large part, this is what has made the matter of judicial appointments so volatile over the last few years. Every judge nominated by a president is initially evaluated according to how he or she would potentially rule if the highest court in the land were called upon again to decide an abortion case.

That day has come. Or, rather, it will next year.

By announcing that it would rule by June 2022 on the constitutionality of a law recently passed in Mississippi banning abortions after 15 weeks of pregnancy, the Supreme Court has put the future of Roe v. Wade more in doubt than at any other time since at least 1992.

It was in 1992 that the conservative majority on the court revisited the Roe case for the very first time. Many observers had expected the decision to be overturned, but against all expectations, the court upheld Roe in Planned Parenthood v. Casey, adding that states have the right to restrict abortion as long as the limits in question do not constitute an “undue burden” on the woman.

The heart of the matter, then, for nearly 30 years now, has been trying to define what the court considers to be an “undue burden.” Over the years, other more conservative states have passed laws testing, to varying degrees, the limits of constitutionality of abortion in accordance with Supreme Court precedent. In the last four years, no fewer than 35 states have adopted measures limiting access to abortion in one way or another. In February, Mississippi and South Carolina banned the termination of a pregnancy from the moment a fetal heartbeat is detected.

The risk with the new case, Dobbs v. Jackson Women’s Health Organization, which will be heard during the 2021-2022 Supreme Court term, is not that terminating a pregnancy will be made illegal at the national level; that will not happen. Ultimately, even if the Supreme Court were to completely overturn Roe v. Wade, it would not rule out abortion; states would only be allowed to restrict access as they see fit. However, the justices could weaken Roe just enough that states would be free to restrict abortions more markedly than they can today.

And this time, that is precisely what could happen.

Eight of the nine justices on the Supreme Court on the bench in 1992 were nominated by Republican presidents such as Richard Nixon, Gerald Ford, Ronald Reagan and George H.W. Bush. A few of them were moderates, or even veered to the left. Today, only six justices are Republican, but at least five are resolutely conservative. These include three nominated by Donald Trump — Neil Gorsuch, Brett Kavanaugh and Amy Coney Barrett — alone reshaping one-third of the court during his four years in the White House.

Barrett, in particular, made headlines last fall in the wake of her highly charged nomination a few weeks before the presidential election for her presumed desire to overturn the Roe decision. But as an observer of the court for years before joining it, she had already telegraphed the most likely outcome of a case challenging the landmark decision.

It is clear that perhaps this reading is correct, and that Barrett will be first in line to play a role in this potentially tectonic shift. The right to an abortion may not be abolished, but, very clearly, in the next 13 months, it will face its greatest threat in 30 years.