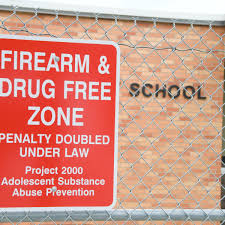 We finally know what former President Barack Obama really thought of Donald Trump: “He is a racist, sexist pig and a crazy son of a bitch.” Obama also called him a “corrupt lunatic.” None of these opinions came from the mouth of the former president at public events or in interviews, nor were they reflected in the books he wrote. It is now known that he articulated his feelings at fundraisers for his party’s candidate, Joe Biden. Among friends and supporters, the moderate and calm Obama (“No drama Obama,” as he was often called) spoke freely and didn’t mince words. Or so reports The Atlantic about a book that will be published in a few days.

Trump and the Pandemic

But the peculiarities of the country in which the greatest economic empire in history is based are not limited to being permanently in shock about the freakiest politician the world has ever known, and the most lethal by far. More than 100,000 deaths among the more than half a million cases of COVID-19 are directly attributable to Trump’s perverse handling of the crisis. That is more than the number of Americans who died in every war the U.S. has fought since since World War II. The most shocking thing is that this great country has a current life expectancy more typical of a developing country, 77 years on average.

This terrible phenomenon is due in large part to the premature deaths caused by various ailments in an otherwise unique and economically brilliant civilization, but one which is highly dysfunctional morally and politically. My English teacher, the ineffable New Yorker Steven Marcus, tells me that his New York friends were basically multimillionaires in their 30s. But as true as it is that people from good families and university educations accumulate wealth easily, it still remains true that the lower and lower middle classes die in large numbers from overdoses, gunshot wounds and traffic accidents. Even the number of road deaths, almost 40,000 a year, has no comparison with the figures of a country like ours, with one-eighth as many inhabitants but with 40 times fewer deaths.

On the other hand, the opioid epidemic kills more than 80,000 people each year in the U.S. from overdoses. Compared to Spain, where 1,000 people die from the same cause, this annual American death toll is essentially madness.

It all started with the purchase of Purdue Pharma (the company that produced an opioid for pain called OxyContin) by one of the richest families in the United States, the Sacklers, who became much wealthier through a business strategy that used countless medical representatives and overwhelming publicity campaigns to convince the public that Oxycontin was not addictive, and strongly encouraged doctors to prescribe the drug. What really occurred is that patients who dosed themselves with Oxycontin and became addicted to opiates sought out heroin for the same high to ease the addiction. And after heroin came fentanyl, 100 times more potent than heroin, made in Chinese laboratories and shipped online through the regular mail to American users. The fentanyl phenomenon gained such magnitude that China promised, at the request of the United States, to cut the rate of shipments. But in the end, Chinese laboratories found a way of selling fentanyl to American addicts through Mexican cartels, which turned into veritable supermarkets for all kinds of drugs.

In addition to deaths from drug overdoses, which particularly affected the Godforsaken populations in Appalachia, we have to add deaths from firearms in a country with 300 million guns in circulation, most of them in possession of 3% of Americans who keep an arsenal in their homes. But the nearly 40,000 annual firearm-related deaths in the United States (fewer than than the 3,000 in Spain) are not produced by those 3%, who are basically anti-government paranoiacs fascinated by assault rifles and automatic weapons, but occur among the Black population that live in ghettos, where they traffic in drugs and kill each other to control gang territories. So many weapons are used by depressed or angry teenagers to commit mass shootings in schools, universities and even in kindergartens (there have been nearly 200 mass shootings so far this year), or used by Black criminals in the ghettos, that it strikes terror in the minds of police officers who in turn become potential or actual killers, leading to recurring and unstoppable instances of innocent deaths that rightly outrage the populations of color.

The Black ghetto phenomenon is no accident. Middle-class white people built their idyllic residential suburbs far enough away to distance themselves from people of color. And businesses went with them to the business parks on the suburban outskirts. Black people did not have enough money for cars or travel to where the jobs were, and therefore, they stayed in the city centers or in the surrounding neighborhoods that progressively declined. Then came Ronald Reagan’s war on drugs, which in reality became a hunt for weed-smoking Black people. It was all nonsense which had terrible consequences.

The high number of traffic fatalities is also familiar to the North American model of society. From the time of Bill Clinton, who basically went over to the Republican side on economic issues, Democrats joined the “minimal state” that extreme liberalism advocates, supported especially by the superrich and big companies that don’t want to pay taxes. American civil engineers have denounced the terrible state of American roads, bridges, dams, ports and airports year after year, infrastructure which has suffered from a serious lack of investment for decades, and something one can see immediately when traveling through the United States. There are great highways that Americans pioneered, but many of them are so old that they have become frankly dangerous.

It seems that Biden wants to radically change things and get closer to what many American Democrats consider the European ideal. I don’t know if the model is European or British, or which would be less damaging to American entrepreneurial activism, but the U.S. should do something if it doesn’t want to go down in history as a failed civilization.