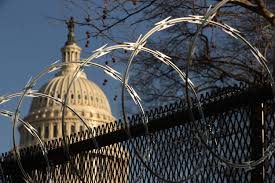 The Jan. 6 attack on the U.S. Capitol by violent supporters of Donald Trump, many of whom were members of extreme right-wing militant groups, drew the public’s attention to the growing, chronic issue of domestic terrorism in the U.S. Even Joe Biden, who became president following this attack, went so far as to call these armed Trump supporters “domestic terrorists.” Many consider Biden’s position on this issue particularly important, because they see it as an overdue admission of the true terrorist nature of these extreme far-right white supremacist groups, as well as an acknowledgement of their growing influence in American politics. It also appears that these groups are responsible for the rise in violent incidents in the U.S., particularly against Black people and Latinos.

On Tuesday, June 1, during a speech memorializing the 100th anniversary of the massacre of Black Americans in the city of Tulsa, Oklahoma, Biden called white supremacist terrorism the “most lethal threat” to the U.S. Biden is the first president to travel to Tulsa to acknowledge the massacre of hundreds of African Americans by white supremacist groups in 1921, and while there, he warned about the persistence of these racist ideas in U.S. society today. In his speech, Biden said, “We can’t, we must not give hate a safe harbor… According to the intelligence community, terrorism from white supremacy is the most lethal threat to the homeland today. Not ISIS, not al-Qaida, white supremacists.”

One hundred years ago on May 31 and June 1, 1921, hundreds of members of white supremacist groups attacked the Tulsa neighborhood of Greenwood, which at the time was known as a business hub of the Black community and often referred to as “Black Wall Street.” In addition to massacring hundreds of Black residents, the white supremacists destroyed 35 city blocks full of businesses, residential homes, libraries, hospitals and schools. To this day, not a single one of those who survived the massacre or any family members of the deceased has received any compensation. The insurance companies rejected most of the claims by Black victims, claims that totaled more than $27 million.

Racism and widespread, systematic violence against African Americans has always been one of the most pronounced features of U.S. society, from the time of the country’s founding in 1776 up until today. Despite the extensive struggle of Black Americans who have fought for their rights, they still suffer different kinds of discrimination and violence. In reality, racism has always been an important part of U.S. society, and Black Americans have been lynched and massacred by white supremacists, just as they were in Tulsa in 1921. Now the highest ranking official in the U.S. has acknowledged this violence and called for action to fight it. Black Americans, often referred to as African Americans in formal settings, are the second largest racial minority in the U.S. after Latin Americans, making up around 14% of the U.S. population. When Barack Obama was elected as the first Black president of the U.S., many expected that conditions for Black America would improve. But in reality, the economic and social status of Black Americans has been deteriorating. Despite the fact that the Civil Rights movement of the 1950’s brought about a wave of new rights for Black Americans and decreased discrimination, the reality for Black Americans in the U.S. continues to be a society of ongoing prejudice against them in all walks of life.

Among the ways this discrimination still shows itself is the fact that African Americans are arrested and sentenced to prison far more frequently than white Americans. In addition, Black Americans are the primary victims of police violence, which is one of the root causes of the protests that often break out in U.S. cities. Racism influences every aspect of Black American lives, and it has meant that Black people are systematically discriminated against in academic, health care, economic and employment settings, among other walks of life. The president’s admission about the true threat of white supremacist terrorism, a threat made up of far right groups ranging from the Ku Klux Klan and neo-Nazis to newer militant groups like the Proud Boys and the Oath Keepers, just goes to show how much the U.S. continues to face serious security and societal challenges in the 21st century, challenges which pose a threat to the nation’s unity and security.