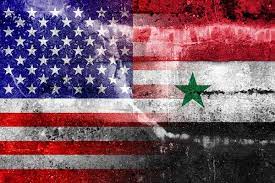 Syria’s people, army and leadership have manifested steadfastness, and Syrians have sent eloquent messages through the ballot boxes and their massive participation in the presidential election. Understandably, this has had a resounding effect on the war coalition on Syria led by the U.S. terrorist administration. This is reflected in the confusion of American and European officials and in the uncertainty revealed by their statements. Their announcements are meant to undermine the legitimacy of the election, either before the launching of the elective process or after the presidential elections. This has also been evidenced by Joe Biden’s administration acting illegally and immorally.

Despite the demonstration of joy that followed the presidential election and its inevitable outcome, reflecting both the choice and firm support of Syrians for their country and their leader, the United States and its European followers continue to insist on denying reality. The reason for such a position is that they have always bet on terrorism and aggression, despite their failure to achieve their political agendas over the past 10 years of the terrorist war. Given the nature of the colonial tendency that the West, led by America, refuses to abandon, the transition to another stage of escalation is not surprising. Washington is still delineating roles and determining directions for all its regional and international followers and agents. Its objective is to manipulate this terrorist war and, thus, support the conflict and block any political solution.

The series of violations, abuses and crimes committed by the United States in Syria, which all amount to war crimes, are living examples of the criminal mentality that controls successive U.S. administrations. Today, Biden’s administration is maintaining its embodiment of this criminality with belligerence and arrogance. We’ve noticed, for example, the endless infiltration of American officials into Syrian territories (the Al-Jazeera region), in order to hold regular meetings with leaders of local terrorist organizations and separatist militias. In fact, they convene to coordinate their systematic attacks against civilians and the positions of the Syrian Arab Army. Moreover, these meetings are part of ongoing American support for terrorism, aimed at preventing the Syrian state from reestablishing its authority over its entire territory. This was previously acknowledged by James Franklin Jeffrey, who has been associated with supporting terrorist organizations and holding periodic meetings with their leaders.

One of the paradoxes of the American orgy era is that American officials, whose banditry has peaked, have been permanently targeting the legitimacy of presidential elections with their poisonous arrows. Meanwhile, however, the whole world has been amazed at the level of people’s participation in the elections and their huge turnout at the ballot boxes, both inside and outside Syria. The world has also realized that the Syrians are rallying around their political leadership. All this confirms that the officials of Biden’s administration have closed their eyes to reality, because they have taken it particularly hard. They have long bet on the economic blockade policy to tighten the noose on the Syrian people and, thus, pit them against their leader, but in vain. In addition, they have repeatedly tried to weaken Syria and dismantle its constitutional and legislative institutions through aggression, occupation and terrorism. But their aggressive plans and projects have collapsed in the face of the steadfastness of the Syrian people and the sacrifices of their heroic army. Now, they are using their twisted statements to influence the positions of the Syrians, seeking to prevent them from reaping the fruits of their new political victory. But the Syrian response was very clear.

To achieve their despicable goals, American officials often resort to devious methods because they are the legacy of a banditry-based system. They keep introducing additional alternatives, in the hopes of compensating for their accumulated failure. Obviously, Biden’s administration has ridden roughshod over the advice of former American officials who previously played a major role in drawing up maps of the terrorist war on Syria. Jeffrey D. Feltman and Robert S. Ford, for example, previously acknowledged America’s failure in achieving any tangible results under two successive administrations, namely those of Barack Obama and Donald Trump. However, Biden’s administration foolishly insists on experiencing such failure again by continuing the policy of occupation and the support of terrorism, or by stealing more oil and agricultural crops. Intensifying the siege, it constantly scrambles to interrupt the process of finding a political solution. Moreover, it threatens other countries that wish to restore their relations with Syria.

In the end, all these measures of escalation are a reflection of the inefficiency of the U.S. terrorist administration, and of its political and moral bankruptcy.