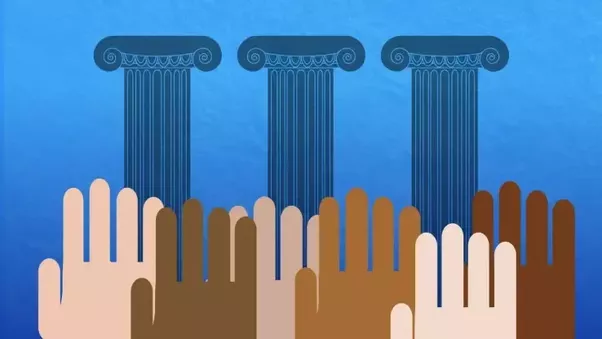 Democracy may get its revenge.

The tone for the coming year’s political dialogue is likely to be set right now, in Washington. The budget proposal Joe Biden’s government is trying to get through Congress should be a signal for a new vision of the mission and reach of politics, in the whole democratic world.

It would not be the first time this has happened.

I remember when Ronald Reagan was elected as president in 1981. I remember the rearmament protests and worries around nuclear weapons. I can on the other hand honestly not remember talking much about his financial policies or the vision of society that he, and Margaret Thatcher, represented.

That it would impact Sweden felt unlikely. We were still planning for economic democracy and employee foundations.

In retrospect it is easy to see how wrong we were. In the last 40 years, politics and democracy has retreated in numerous areas, including in our country. Instead of political proposals and reforms to resolve issues together, market forces have been allowed to increase their dominance, whether we are talking about schooling for children, care of the elderly or responsibility for housing policies.

In the meantime, the world’s super rich have become richer and the global union movement weaker.

Finally, many of us have started to doubt whether there is another way. The pandemic is increasingly making people rethink.

Last Friday, Biden formally presented his budget plans. The numbers are, as always, unfathomable. What does $6 trillion really mean?

In this case, among other things, it means a massive investment in infrastructure. In the American budget it not only means roads and bridges. The government also wants to invest in, for example, the development of electric cars and elderly care.

In addition, Biden wants to implement a new Families Plan. Twelve weeks of guaranteed paid parental leave does not sound very impressive in Sweden, but it is the U.S. we are talking about. Children will also get access to free preschool from the age of three.

The whole program has been compared with Franklin D. Roosevelt’s New Deal. That there is a new tone to American politics is clear regardless. Political reforms to solve common problems in society. A classic and progressive way of looking at the democratic mission. Left-wing policies, if you like.

Of course, I am not sure how much of Biden’s plans will survive Congress. The ideological reasoning is there all the same, and I am sure that the political signal has made its way around the world. Handing over responsibility to markets and the treasury will not do anymore. That idea has come to its natural end.

Swedish Secretary of the Treasury Magdalena Andersson concluded in the beginning of May that the demand for progressive left-wing policies will be very high. The problem we are facing can only be solved together. Last Saturday she introduced the idea of a millionaire tax.

It sounds like we are entering a new political era.