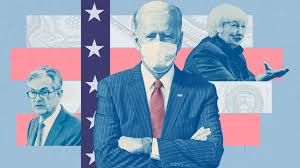 With increased public spending aimed at helping America recover from COVID-19, it’s make-or-break time for the idea of “big government.”

President Joe Biden has released his first budget proposal since taking office, which would cover fiscal year 2022 starting this October. Government spending would increase to three times what it was pre-pandemic, reaching an unprecedented $6 trillion over 10 years. Since the Reagan administration of the 1980s, the low taxes and laissez faire policies of “small government” have been the standard. The Trump administration was a perfect example of this practice, favoring large tax cuts for corporations and the wealthy.

This budget proposal, though, is a complete reversal of America’s economic policies. The reason for this shift is to mend the economic gaps that have worsened in America. Low-income earners neglected by the Trump administration have borne the brunt of the pandemic, many of them losing their jobs. As such, they’ve spent less, striking an immediate blow to the economy.

This is why employment assistance and child care assistance must be strengthened for the middle class, in addition to redistributing wealth by raising taxes on the rich and corporations. If the economy is healed, we can look forward to more balanced growth that will also work in favor of international economies. For example, Japan is currently dealing with low consumption, but if exports to the United States were to increase, economic recovery would become that much easier.

Caution must be taken, though, to avoid overstimulating America’s economy. With the rapid progress made on vaccinations, the standard of economic growth will soon reach 6%. Pork barrel politics has also become a worry in regard to next year’s midterm elections. Overstimulation can very well lead to inflation. Through quantitative easing, stock prices and the economy are staying alive, but inflation would cause a credit crisis. A sudden drop in stocks would shake the world economy.

Public finance would also suffer. Even if taxes are raised, if this huge amount of spending can’t be covered, the government will continue running a deficit of over $1 trillion a year, giving America the largest national debt in its history. Uncertainty, interest rates and debts will rise as faith in the dollar will fall, causing chaos in numerous economies.

The U.S. budget will soon be brought up for debate in Congress. With the Republican Party’s aversion to raising taxes, though, America’s reliance on loans may strengthen. A superpower’s actions can shape the world. America must keep this in mind and strive for policies that account for the risks that come with its position.