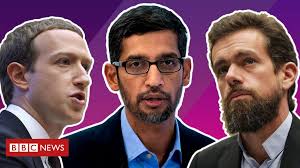 It’s time to turn on a red alert in Menlo Park, Mountain View and San Francisco.

Dear Zuck, Sundar and Jack: Here in Brazil, we don’t usually write to CEOs, like you, of Facebook, Google and Twitter, addressing them by their nickname or their first name. But permit me to write this way with the American informality so typical of Silicon Valley. It’s to be more direct.

I need you to pay attention to Brazilian politics. Now.

On Jan. 6, a mob invaded the Capitol in Washington. The Capitol Police did not believe this could happen. One can understand. In a long-standing democracy where the cycle of regular elections was not interrupted even with a civil war, how could it be possible to imagine that American citizens could invade the Capitol to interrupt the ratification of a vote? But it happened. People were radicalized in digital environments to such a point and then pumped up by a president who despised the idea of a free society.

In Brazil we are obligated to imagine this possibility.

My generation of journalists learned the craft with colleagues who were 15 or 20 years older and who faced the most recent dictatorship as reporters and editors. Some of these friends who still work in the newsrooms and are people for whom we have affection, were exiled, imprisoned and tortured for exercising essential political freedoms; to think for oneself, to express oneself, to demonstrate, to publish and gather for debate.

Donald Trump remains persona non grata on various social networks. The decision to ban him followed the principle that any believer in democracy endorses: the “Paradox of Tolerance,” described by the Austrian philosopher Karl Popper. At the extreme, an open society cannot allow for a situation where the intolerant use these liberties to threaten the democratic regime.

The Brazilian Republic was born with a military coup in 1889. From then until now, there have been coups d’etat in 1891, 1930, 1937, 1945, 1955 and 1964. Only one of them failed, that of 1955. In absolutely all these times, the regime breakdown started the moment when the discipline requirement that prohibits military personnel from being involved in politics broke down within the armed forces.

Two weeks ago, for the first time since the restoration of democracy in Brazil in 1985, an active duty general took the stage in support of the president. His army superiors, intimidated by the same president, did nothing. The historic signal of a threat to democracy was given.

In one year we will have an election. Like Trump, Jair Bolsonaro is telling his supporters that there is a risk of fraud. That is not the only lie his his movement works to spread daily. There are lies that have as their objective the dissemination to that radicalized part of the population elements to convince them they should not trust in democratic institutions.

Bolsonaro is following Trump’s script. In Brazil’s history, there is nothing that guarantees the outcome will be like America’s. Here we live with the concrete fear that the generals don’t have full control of their troops. And we know that governors don’t fully control their police.

Let me be explicit. In an extreme situation, a Jan. 6 in Brazil, we could count on the support of a part of the police while the army does nothing.

You know the platforms you command. You know the weight they carry in all these events. To act after the fatal act, as you did with Trump, here could be too late.

We Brazilians don’t have any kind of influence over the decisions you take. But we and our children are the ones who suffer from the decisions that are made. It is time to turn on the red alert in Menlo Park, Mountain View and San Francisco.

The coup, if there is one, whether it fails or not, will be named after the businesses you run.