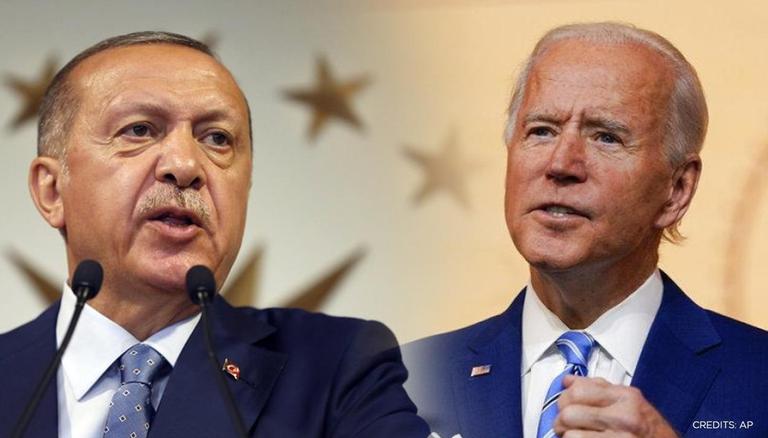 The agenda for the U.S.-Turkey summit, which will be held on June 14 in Brussels on the margins of the gathering of NATO leaders, will be long and controversial. It will be difficult to predict the outcome of the summit, especially if observers turn their attention to the series of fiery statements and media “crossfire” between Joe Biden and Recep Tayyip Erdogan and staff in their respective administrations both before and after Biden was elected. Specifically his invitation to support the Turkish opposition in its efforts to bring down “the dictator” in elections, and then later, over the phone with Erdogan, Biden’s recognition of the Turkish genocide of Armenians. During this time, Erdogan did not fail to fire off a bitter response, especially when he said that Biden has “blood on his hands” because of his support for Israeli aggression against Gaza.

The tensions between Washington and Ankara, which have dominated the scene since Biden’s victory, will be reflected at the summit table amid the awareness by both sides that only two days separate them from the more important summit, with more important implications, that will take place between Biden and Russian President Vladimir Putin in Geneva, Switzerland on Wednesday, June 16. This gives each leader permission to apply pressure (or make offers) in the sense of concessions and getting onto a new track that gives them an opportunity to experiment and test. This is what Erdogan hopes for. He believes he has enough cards to tempt Biden, whether it relates to the singular role played by Turkey in the Central Asian republics to block, limit or at least curb the role Russia plays in this former Soviet sphere, especially after Erdogan and Israel’s successful support for Azerbaijan in its war against Armenia, or to his growing military alliance with Ukraine and the sale of military drones to Kyiv and Warsaw.

In addition to using these cards to tempt Biden, there is also Erdogan’s outspoken, professed refusal to recognize Crimea’s annexation by the Russian Federation, to say nothing of his support for terrorists connected to Jabhat al-Nusra in Idlib, Syria, or of his plan to keep his military forces and Syrian revolutionary mercenaries in Libya, or of his reported willingness to send his armies to Afghanistan to replace the U.S. and NATO forces withdrawing as of September 2021, which he has long refused to be public about.

Biden and his team recognize the size of the impasse that Erdogan is facing, especially on an economic level with the deterioration of the Turkish lira’s exchange rate, the rising rate of unemployment, inflation, and the disappearance of foreign investment. This is in addition to the ramifications of a series of corruption scandals that have engulfed him, in particular a scandal where millions of viewers watched on YouTube as Sedat Peker, the head of the Turkish mafia, revealed secrets about the extent of corruption surrounding Erdogan as well as his party and government. This scandal put new wind in the sails of the Turkish opposition and contributed to rising tensions and divisions within the ruling party and with its ally, Devlet Bahçeli of the Nationalist Movement Party.

Adding to this is the Turkish failure to turn toward some of the Arab countries that gave Erdogan the cold shoulder when he sought to break the ice. The exception is Egypt, which has not yet closed the door on Erdogan completely, but is showing caution and prudence in its dealings with him because it does not trust his promises, which it views as mere maneuvering to bypass exorbitant expense. This has resulted in a decline in Ankara’s regional role (despite the media hype that did not stop Ankara or its allies in the region).

The Biden administration is giving priority to the issue of the S-400 missile system that Ankara bought from Moscow. Biden (and before him, Donald Trump, though less severely) is aiming at exploiting Erdogan and making this an opportunity to extract additional concessions in more ways than one, especially as it relates to Syria, such as the U.S. relationship with the Kurdish Syrian Democratic Forces, and as always, curbing Ankara’s plans aimed at controlling the riches of the Eastern Mediterranean at the expense of Greek and Cyprus (Israel’s two partners), in addition to the “employment” of Erdogan’s allies among the Chinese Uighurs or the terrorist group Hurras al-Din, in the fierce U.S.-Western campaign against China under the pretext of violating human rights in the autonomous Xinjiang region.

The bottom line: These are massive and complicated issues that cannot be agreed upon in one single, time-limited summit that the United States has refused to extend, despite Erdogan’s hope that he could turn a new page with a Washington that does not seem to be in a hurry to respond to him, at least not right now.