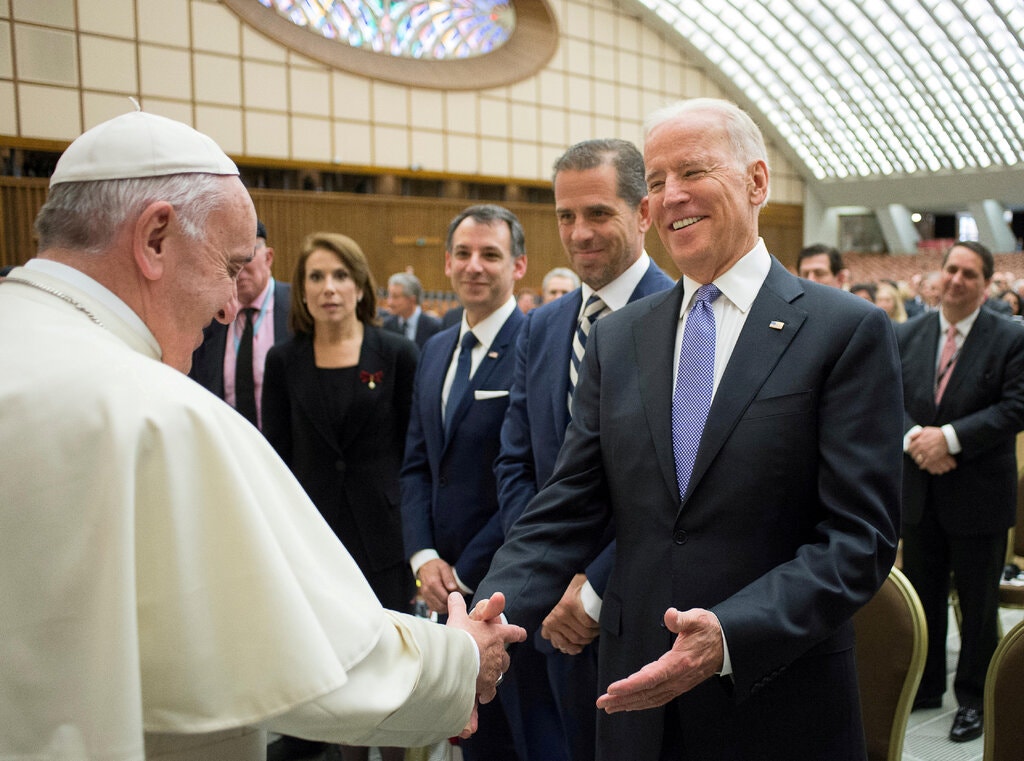 An acquaintance once told Eunice Shriver, a member of the Kennedy clan, that he wanted to write a book about the faith of her assassinated brother, John, the first Catholic president of the United States. “It would be a terribly short volume,” she quipped.*

Joe Biden, on the contrary, would yield more to talk about. He is not merely a Catholic who goes to Mass and receives communion; he frequently speaks about the importance of religion in his life. At certain points, he even considered the possibility of becoming a priest.

Could the second Catholic president of the United States be rightly prohibited from receiving communion, the most complete act of union with Christ?

The subject came up because the U.S. Conference of Catholic Bishops have overwhelmingly approved a teaching document that would eventually pave the way for bishops to prohibit politicians who support abortion from receiving communion.

It really is hypothetical. The teaching document still needs to be formally approved by two-thirds of Catholic bishops and endorsed by the Vatican. And the Vatican has already said that the concern of Pope Francis “is not to use access to the Eucharist as a political weapon.” That is, he shut up conservative bishops, as he has often done.

Even if the teaching document passed all of the screening, the final decision on communion would fall to the bishop of the diocese involved.

Wilton Daniel Gregory, the archbishop of Washington who became the first African American cardinal last November, has said he prefers to follow the “the mantra of Pope Francis” and be “a church in dialogue, even with those with whom we have some serious disagreements.”

In other words, no way.

Even though it remains theoretical, the initiative of the bishops’ conference reflects one of the greatest dilemmas of the Church: how to absorb followers of the “religious buffet,” the faithful who generally identify with Christian teachings or at least with the attending ritual, but choose what will go on their plate from the doctrinal menu.

Generally, for obvious reasons, these are choices connected to social and moral life issues: getting married more than once, using any contraceptive method available, and, if there is no other way, having an abortion.

With the decline of the Church’s moral authority, one can speculate that the “buffet Catholics” form the majority among those who have not given in to the call of life without religion — or to the fervent practice of Evangelical churches — but also do not strictly adhere to doctrine.

The issue of abortion, ethically complicated even for those who do not follow any religion, is the most pressing. The sanctity of life from conception is one of the firmest foundations of the Church’s moral teachings. But even among the clergy, it clearly has its pluses and minuses.

The United States is a country where abortion, legalized since 1973, has become one of the most fundamental issues for the Church, with an extremely combative conservative wing unafraid of declaring where it stands.

One of these conservatives, Joseph Naumann, archbishop of Kansas City, Kansas, declared at the beginning of the year that the president “should stop defining himself as a devout Catholic, and acknowledge that his view on abortion is contrary to Catholic moral teaching. It would be a more honest approach from him.

“When he says he is a devout Catholic, we bishops have the responsibility to correct him. Although people have given this president power and authority, he cannot define what it is to be a Catholic and what Catholic moral teaching is. What he is doing now is usurping the role of the bishops and confusing people.”

In fact, Biden was denied communion in October 2019, when he was still a presidential candidate. “Sadly, this past Sunday, I had to refuse Holy Communion to former Vice President Joe Biden,” said Father Robert Morey of Florence, South Carolina, at the time.

“Holy Communion signifies we are one with God, each other and the Church. Our actions should reflect that. Any public figure who advocates for abortion places himself or herself outside of Church teaching,” Morey said.

In a Church that often bends to accommodate unorthodox demands, even though it has lost the saddle and nearly lost the horse, this is what the Americans call moral clarity.

It might not be popular or pleasant, but one should not take the middle ground and try to reconcile irreconcilable ideas. “Whoever is not with me is against me,” said the most authoritative of voices in Matthew 12:30.