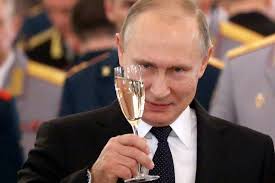 Putin has bought some time, and managed to postpone the U.S. attack on Russia.

The only result of the United States-Russia summit is that Joe Biden has given Vladimir Putin a probationary period. The United States won’t impose tough sanctions on Russia just yet, as was speculated in the beginning of June. Biden has decided to observe the behavior of his bully neighbor on planet earth. If within about six months Putin doesn’t change his behavior and continues to rampage, he will receive a harsh response.

On the one hand, Biden warned Putin that retribution for his rowdy behavior was inevitable; on the other hand, he has given him time to improve. Putin has bought some time: He managed to delay the U.S. attack that was planned for this summer.

However, Putin is unlikely to change. Accordingly, this deferral is completely useless, and a new aggravation of relations between the United States and Russia is inevitable.

The persistence of Putin’s arbitrariness — such as military pressure on Ukraine, support for the fascist regime in Belarus, cyberattacks against the United States, an information war against the West, interference in other countries’ elections, repression of political prisoners in Russia — including Alexei Navalny, etc. — may cause this aggravation.

Obviously, this situation will continue, so after some time, the Americans will have to punish Putin. Russia must answer for its steady expansionist moves.

As a result, the United States will impose new sanctions against Russia, which will be tough and painful. Moreover, it won’t be limited to only the official sanctions on Russia, but it will also include the U.S.special operations forces’ missions, such as the one regarding disclosure and seizure of Putin’s elite’s assets in the West.

It is no secret that Putin’s elite isn’t squeaky clean. They aren’t bothered simply due to certain geopolitical circumstances. But it is possible that the group will be brought to justice more often.

Therefore, it was a meeting of two people with completely different goals and ideas about what is happening. Biden acted as a psychotherapist or a stern teacher who tried to warn the bully and gave him a probationary period, warning of unpleasant consequences if Putin does not correct his behavior. Putin perceived this meeting as a “sit-down” between the “bosses” or “thieves in law.” This way of thinking derives from the fact that Putin himself comes from the criminal environment of St. Petersburg in the 1990s.

Putin perceived their summit as follows: The “world boss” called him for a “sit-down,” during which he needed to demonstrate his fearlessness and strength. That is why he tried to swagger, to show that he was not afraid of anything and that he was in charge. Needless to say, Putin and Biden didn’t understand each other.

Therefore, Biden’s hopes to reeducate the bully are vain. The bully is incorrigible.

Igor Eidman is a sociologist and publicist, and author of the book “The Putin System.”