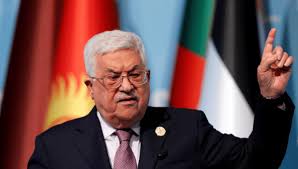 The well-known Elaph news site sparked a political firestorm when it reported that the American ambassador in Amman reprimanded the Palestinian president during the president’s visit to Amman. The ambassador did so on behalf of the American president over the killing of activist Nizar Banat, which prompted an angry outburst directed at the Palestinian Authority and its security personnel, who are accused of going too far with its own people, even using its role to compete with the Israeli occupiers.

Neither the Palestinians nor the Americans have confirmed or denied the report as of the date of this article. However, the Elaph news site, a credible source, attributed its information to an informed source and indicated that the U.S. ambassador to Amman met last week with Palestinian President Mahmoud Abbas during his visit to Amman. Palestinian Minister Hussein al-Sheikh and Intelligence Chief Majid Faraj accompanied Abbas.

According to Elaph’s source, the American ambassador reprimanded the Palestinian leadership on behalf of the American president and stressed that the United States would not remain silent in the face of Banat’s death at the hands of PA security, an incident that has triggered anger throughout Palestine to date.

No one knows the identity of the well-informed source who leaked the information to Elaph. They may be Palestinian and trying to further disparage Abbas. If the source is Palestinian, this reinforces reports about conflicts within the PA, about its apparatus, the struggles to find alternatives to current leadership and a successor to Abbas, information only known to insiders.

Until the full story emerges, what is certain here is that the PA has become a burden even to those who work for it or are part of it. Every analysis of the situation speaks about the possibility the PA could collapse at any point as it faces intense dissatisfaction by Palestinians in the West Bank.

The functional role of the authority, which serves Israeli security first, has reached an unprecedented level of ugliness with attacks on people’s lives and freedoms, and the authority itself appears to be hanging on by a thread.

Many people are talking to the PA, because its collapse would have serious repercussions for Palestinians, on the one hand, and for Jordan, on the other. Jordan would find itself facing a murky situation, since there are many plans to push these crises east. Accordingly, the collapse of the PA is not in Jordan’s interest, since it also provides the means currently available to establish a Palestinian state.

Jordan, which is betting on the strength of the PA and its continuity, has to consider the cost that the PA’s mismanagement of Palestinian affairs has had and the difficult options down the road. It may even need to address the PA sharply about changing how it interacts with Palestinians, because the cost of a Palestinian Authority collapse is too high.

The Israelis may be interested in the continuation of the PA for various reasons, most notably maintaining a security role on behalf of the occupation, and consolidating the need to patrol the West Bank and make it safe according to Israeli standards. This is in addition to the PA continuing the ambiguous role it has, since there has been no establishment of any Palestinian state, nor have the Palestinians formed an army or led any uprisings. Israel wants the PA to stay weak and maintain its dependence on Israel, because if the PA collapses, unknown alternatives could emerge.

It is paradoxical that all parties want to consolidate power, but each party has a different motive. But what will we do if the PA is unable to properly execute the role assigned to it?

The Americans do not object to other Palestinian Authority practice, which includes financial corruption, security overreach, and suppressing and trying activists. These activities remain protected and intact. But the PA’s recklessness and overenthusiasm, extending its reach by having PA security forces kill a Palestinian activist, was shamefully not out of concern for Banat’s life, but out of fear of that the West Bank could explode and cause the PA to collapse under the weight of calls for Abbas and his fellow leaders to step down.

The PA is absorbed in its Israeli role and believes that this will bring it protection and strength, but this preoccupation may lead to its collapse at any moment, especially since a people who have faced off against Israel for decades should not tolerate these practices on the pretext that this authority is the nucleus of its future and nonexistent state.

Secret reports about what men in power are doing confirm that it is only a matter of time until the PA collapses. The PA has crossed all red lines: politically, socially and in terms of security. Anyone who does not believe that just has to ask around.

The Palestinians deserve better than this, and there is no shame like the shame of hitting your own brother. Right?