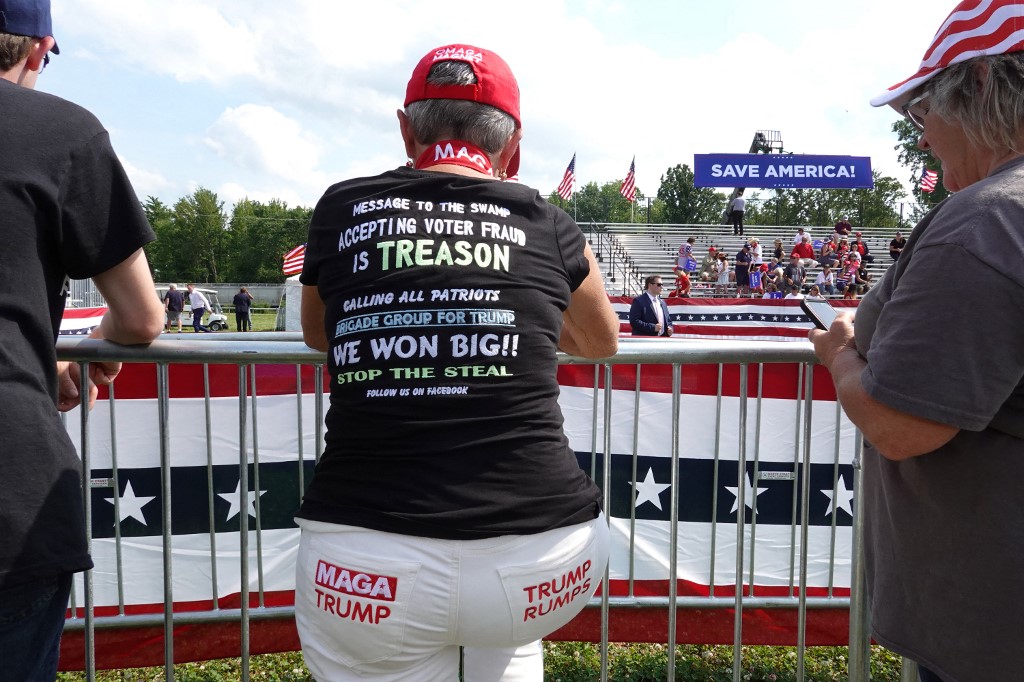 Political alternation is a sign of democratic health. You can be unhappy about losing the election, but promise yourself that you will come back fighting next time. The way the Republican Party is going in the United States, things do not bode well for the next time.

Donald Trump has resumed his large public rallies, and with them his refuted allegations of massive voter fraud that prevented his reelection as president. His speeches remain the same — scattered, confused and aggressive.

His crowds have not changed either: very white, more male than female, and all captivated by his incoherence. They seem even more receptive than before to the most ludicrous conspiracy theories and seem to sink into vulgarity, waving large “Trump” and “Fuck Biden” flags side by side.

The former president, almost six months after leaving the White House, brings nothing new. He harps on the same obsessions and harbors the same resentment toward those who, in his eyes, have betrayed him. For example, in the past week, he has been lashing out at William Barr, his former attorney general.

In an interview published by The Atlantic magazine, Barr let loose on his former boss once and for all. We already knew from an interview with the Associated Press that his Justice Department had not “seen fraud on a scale that could have effected a different outcome in the election” for president in November 2020.

Barr, who has long been unwaveringly loyal to Trump, now admits that Trump’s election claims were just bullshit. Trump, in response, is ramping up the insults, calling Barr weak, cowardly and pathetic.

In fact, in recent days, many conservative leaders have been insulted by the 45th president: In addition to Barr being a “disappointment in every sense of the word,” Chairman of the Joint Chiefs of Staff Gen. Mark Milley is just a liar who “makes people laugh at him,”* and Mitch McConnell, the Republican Senate minority leader, is an “outdated and spineless”* politician.

Not Much Better than Before

Speaking of more traditional Republicans than the New York real estate developer, the death of Donald Rumsfeld, President George W. Bush’s secretary of defense, last Tuesday reminds us that this branch of the party has nothing to crow about in terms of success either.

By launching the United States into the invasion of Iraq under false pretenses, Rumsfeld jeopardized the invasion of Afghanistan carried out 17 months earlier. To this day, Iraq remains unstable and vulnerable to Iranian influence, and Taliban fanaticism will never be crushed in Afghanistan.

This forced the Democrats to clean up after the Republicans once again. The first years of Barack Obama’s presidency were weighed down by the corrections that had to be made after the Great Recession, which began under Bush.

This year, Biden is bringing home the last American soldiers deployed on Afghan soil, an operation that Bush, again, could have, should have, concluded 15 years ago. From Rumsfeld’s fury to Trump’s delirium, it is not a tempting thought to let the American right fool around with power.