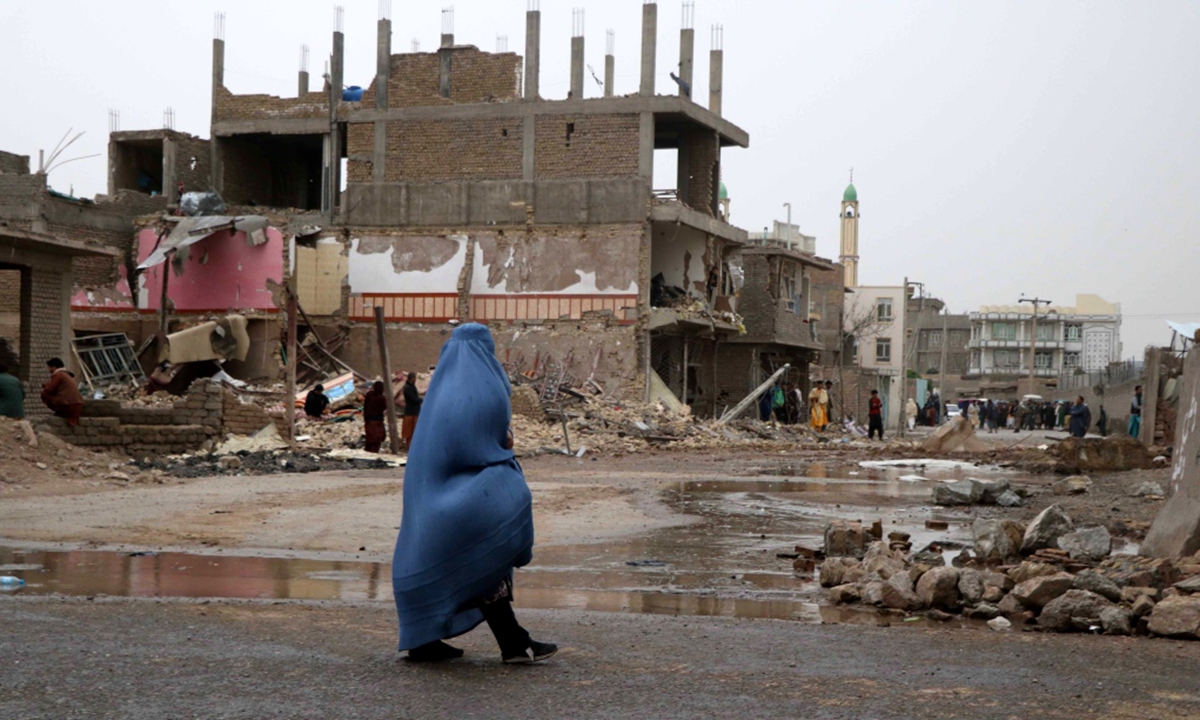 In like a lion, out like a lamb. Perhaps this popular expression doesn’t entirely apply to the withdrawal from Afghanistan of American troops and their NATO allies, but this is, without a doubt, at least an inglorious exit, after 20 years of extraordinary human and financial effort. The manner in which the Americans abandoned their main military base in Bagram, about an hour north of Kabul, in the middle of the night, leaving behind an indefensible and indigestible situation — namely a prison that has harbored more than 5,000 prisoners linked to terrorist activities — carries dramatic symbolic value. It clearly points to an impasse that has resulted in the abandonment of the Afghan government and its people to their own devices. In a word, it is a defeat. With the fanatical Taliban gaining ground practically all over the country, this retreat will allow them to reach Kabul before the rigors of winter set in. We are at the ideal time of the year for military campaigns in Afghanistan, and the path for an assault on the seats of power is wide open.

There are many possible ways to reflect on all of this. At the moment, it is, above all, important to understand the reasons for this American disengagement. One of these is that Afghanistan has lost the strategic importance it held for years, when the fight against Islamist terrorism was considered a priority in Washington. The United States now feels that it is sufficiently protected from this type of threat, a position that puts it at odds with its European allies, who continue to regard terrorism as a greater threat and view the Taliban offensive with great apprehension. But it is clear who is in charge, and the European members of NATO had no option but to align themselves with the American position.

In Washington, Afghanistan has come to be seen as a war without end and as a distraction from what it now believes is a much more important focus, namely China. Furthermore, it sees the rivalry with China in the region that encompasses Afghanistan as being essentially settled. As such, it is not interested in using up additional time and resources in that particular geopolitical space, where China can already count on the subordination of the two countries that most matter: Pakistan and Iran. The China-Pakistan commercial corridor, which ends in Gwadar, the Pakistani port on the Arabian Sea, is possibly the most important project of the new Silk Road. In Beijing’s eyes, it is a done deal. As for Iran, it signed a long-term economic agreement with China in March. As outlined in this agreement, China’s investments will reach $400 billion in the coming years, a development that will firmly place Iran in China’s orbit. In the middle will be Afghanistan’s chaos and radicalism, but without the ability to trouble Chinese interests in the region. The Taliban depend on their two neighbors, particularly Pakistan, and are unlikely to act against their interests.

Beyond these strategic games, however, one must think of the people, victims of a cruel conflict, poor, yet resilient and dignified. They are deeply concerned, as are many of us in Europe. First, a regime based on a primitive world view about human societies will have no consideration for human rights. It has a history of treating its people, starting with women and girls, in an incredibly oppressive and inhuman manner. The extreme suffering we can anticipate for millions of Afghan citizens should not leave us indifferent. Secondly, the resurgence of Afghan tyranny will be a shot in the arm for potential European terrorists. Third, the radical assassins who operate in the Sahel region and other parts of Africa, in countries that have historical ties to Europe, will be able to count on new sources of support.

One lesson to take from all of this is that one can no longer rely on the West’s support. That support emerges and then disappears in the dark of night, according to what is convenient, the prevailing political winds and the priorities of those who live far from the problems.

To realize that these are the results of a long and painful Western intervention in Afghanistan leaves us desolated. Even more, it leaves us with a bitter sense of weakness and impotence, an awareness of a Europe that is submissive in its foreign policy, in a world where it doesn’t carry much weight and counts for little.