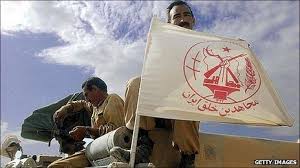 On Saturday, a number of current and former U.S. and European officials attended a meeting hosted by the terrorist group Mujahedin-e-Khalq (often referred to as the “hypocrites”).* We cannot determine what each attendee’s motivation was for participating in this event, but in general, we can say that this group’s appeal to Western leaders illustrates the crisis facing policy making with respect to Iran. U.S. leaders are confused and unclear about the future of their country’s relations with Iran. This confusion did not come about all at once, but is the product of recurring experience over many years. After several decades of hostility, there was finally an attempt during the Barack Obama administration to negotiate and compromise with Iran. The central tenet in that era was that if Washington could reach a compromise with Iran on limited issues that were among America’s strategic priorities, namely preventing the spread of weapons of mass destruction, this compromise could be extended to other areas of discord between Washington and Tehran in the future. But this idea proved unsuccessful during Obama’s presidency and afterward, when the U.S. withdrew from the Joint Comprehensive Plan of Action, and reimposed increased sanctions on Iran, as Iran was not ready to simply negotiate on other issues as the U.S. had expected. Subsequently, during Donald Trump’s presidency, the U.S. reached the conclusion that Iran would only respond to pressure. Based on this assumption, the U.S. brought all of its diplomatic, political, military and economic power to bear in bringing Iran to its knees, with the goal of causing an economic collapse and forcing Tehran to negotiate on subjects which the United States preferred.

This policy also failed after three years. Despite all the damage it suffered under the sanctions, Iran was still not willing to enter negotiations for a new agreement with the U.S. When the Biden administration took office, it took a new, more diplomatic approach. So far, it has not achieved much, and the chance for success is still not clear. Decades of failure to establish relations between the U.S. and Iran has led some U.S. leaders to conclude that they need to target the heart of the issue. They now wish to put aside any sort of negotiation or interaction with Iran, and instead focus on a policy of regime change, since all attempts at behavioral change have not produced any results. Considering the position of those who attended this meeting, we can conclude that some among the American political elite feel that, due to the lingering effects of the Trump administration’s economic pressure, the disasters that Iran has faced in the past few years, and taking into account the low participation rates in the recent parliamentary and presidential elections, the terrain is ripe to promote a political collapse in Iran.

Naturally, the easiest tool one can use to achieve this collapse are notorious groups like the Mujahedin-e-Khalq. Looking at American behavior with respect to current Middle East issues, it’s no mystery why the U.S. would seek to align itself with a group that has such a well known terrorist background. This is America’s approach to the region, as one could see when the U.S. foreign policy apparatus decided it should negotiate with the Taliban, formally recognize the group and give them the upper hand, the results of which we can see in Afghanistan today. The future of the Middle East and the fate of the people in our countries is not a priority for the United States, and it doesn’t even consider it an important factor in decision-making. Currently, the main priority for the United States is to limit the power of China, and as such, it is trying to shift its focus away from the Middle East through every possible means. This shift of focus could mean giving power to the Taliban, or returning other terrorist groups to power in other parts of the Middle East, with the ultimate goal of ending conflict with these groups and pivoting to East Asia. America’s interest in groups like the hypocrites is born from this strategy. The Americans feel that they have reached a dead end regarding relations with Iran. Despite American pressure, Iran enjoys considerable influence in most of the region, and from a security standpoint, it has become a serious rival for American influence in the Middle East and Western Asia. Because of this, the U.S. is seeking to deal a blow to Iran’s plans through sabotage, terrorism, and the hacking of intelligence, and it wants to reinforce the Mujahedin-e-Khalq so it can use this terrorist group to weaken Iran as much as possible. The ambiguity surrounding this decision shows that the U.S. cares little for what the effect of using this group will be in the long term.

*Translator’s note: The Mujahedin-e-Khalq or People’s Mujahedin Organization of Iran is an exiled Iranian political group which seeks to overthrow the Islamic Republic of Iran. The group is strongly opposed by the government of the Islamic Republic, and has carried out many violent attacks in Iran. Within Iranian media the Mujahedin-e-Khalq is often referred to simply as “the hypocrites.”