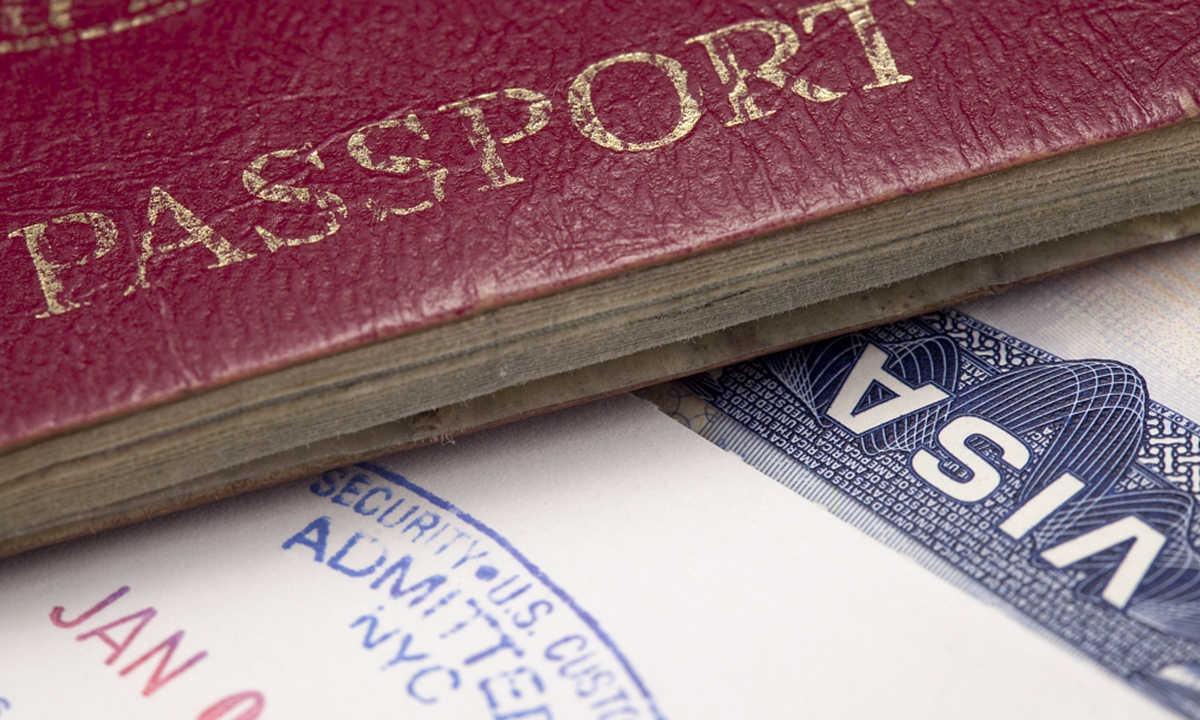 In response to the U.S. government’s unreasonable Executive Order No. 10043, students from eight top Chinese science and engineering schools are preparing to file a class action lawsuit against the Biden administration seeing to revise or overturn the order. They have also set up a website and raised funds for the cause. Currently, there are more than 1,000 students participating in the action, and the movement has triggered a response at universities and colleges in both China and the U.S.

Executive Order No. 10043 was signed by Donald Trump in May 2020. Under the pretense of “protecting intellectual property” and “preventing theft of advanced U.S. science and technology,” the order imposes severe restrictions on typical study abroad programs and student and visiting scholar exchanges from specially designated Chinese science and technology schools. This executive order that denies visas to these students is linked to Section 212 (f) of the U.S. Immigration and Nationality Act, which allows the president to “suspend the entry of all aliens or any class of aliens as immigrants or nonimmigrants” if the president finds that “the entry of any aliens or of any class of aliens into the United States would be detrimental to the interests of the United States.”

If the U.S. government believes that foreign exchange students damage U.S. interests, it can use this clause to justify denying the students’ visas. Now, not only has the Biden administration chosen not to overturn its predecessor’s dark legacy, it has taken it up as a new standard, denying Chinese engineering student visas without explanation. If this continues, it will affect thousands upon thousands of hardworking students and their families seeking higher education, and will affect enrollment and research cooperation in domestic engineering schools.

First, this wholesale denial of visas is an extension of the U.S. government’s investigation into Chinese and Chinese American researchers. In 2018, the U.S. government formulated the China Initiative, a wave of judicial investigations into these scholars. The initiative has continued without any let-up to this day. Although in the end these researchers were proven to have no hand in or relation to “trade secret theft, … [or] economic espionage” as the U.S. government suspected, this did not hamper the U.S. from attempting to trump up charges against them. In the end, many were declared guilty based on false statements or tax returns.

The 2020 Open Doors report, published by the Institute of International Education, shows that in the 2019-2020 academic school year, nearly 373,000 Chinese students studied abroad in the U.S. Among them were nearly 41,000 Chinese master’s degree students, 36,000 doctoral students, and 38,000 post-doctoral students and visiting scholars working in STEM fields. There were also nearly 32,000 Chinese American scientists. However, there have only been 80 cases related to the China investigative initiative reported by the U.S. Justice Department in April, meaning that only about two in every 10,000 individuals in the populations outlined by the initiative have been charged in court.

Although the U.S. claims that its investigation is meant to protect the security of universities’ scientific research, this large-scale denial of visas for Chinese science and technology students based on groundless suspicions essentially extends the blockade and suppression of China’s private technology sector into higher education. It very clearly demonstrates the U.S. government’s firm strategic policy of checking China’s technological development.

Secondly, the U.S. has overused China’s vague “Military-Civil Fusion” strategy as a pretense to suppress China.* The students whose visas are rejected in this massive action primarily come from science and engineering schools the U.S. believes to be involved in the military-civil fusion strategy. Even students from these schools who specialize in liberal arts or business have become victims of Order 10043. The reason the government gives for this total ban on Chinese scholars is that “students or researchers from the PRC studying or researching beyond the undergraduate level who are or have been associated with the PLA are at high risk of being exploited or co-opted by the PRC authorities … In light of the above, … the entry of certain nationals of the PRC seeking to enter the United States pursuant to an F or J visa to study or conduct research in the United States would be detrimental to the interests of the United States.”

Accordingly, Order 10043 suspends and restricts study visas for students with ties to Chinese organizations connected to Military-Civil Fusion efforts. After it was enacted, Order 10043 was met with widespread scrutiny within American educational and legal spheres. The Military-Civil Fusion strategy it discusses is not clearly defined; students are accused of potentially endangering American national security solely for being connected to some organization or entity. There’s no way to provide a plausible explanation based on logic or science. Many well-known American universities accept military funding for their research labs; should we consider all these universities affiliated with the U.S. military? It brings to mind July 9, when the U.S. once again expanded its Entity List, establishing import-export restrictions for 23 Chinese entities. One of the reasons listed for adding these entities to the list was their use of “U.S. technology to fuel China’s … military modernization efforts.”

On July 13, Joe Biden nominated former Pentagon and Department of Defense official Alan Estevez to be the new Department of Commerce undersecretary for industry and security. This position is key in the technological battle between the U.S. and China, and its core task is to formulate export control policies with respect to China based on military experience. The U.S. has repeatedly abused this Military-Civil Fusion pretense to suppress Chinese high-tech firms and researchers in higher education, proving that the U.S. has fallen prey to its own efforts to sell the “Chinese threat” and China anxiety. It can no longer distinguish, and doesn’t want to distinguish, between Chinese higher education, Chinese companies and the Chinese military, so this rough and inexact break was a foregone conclusion. Cutting off all large-scale cooperation in science and technology is a move that harms higher education and multiple sectors in China as well as the U.S.

Third, everything that needs to be done when fighting for law and justice involves preparation for a protracted battle. In putting the law to use in upholding their rights, students abroad should prepare themselves for the long haul. In the U.S., a lawsuit against the government is sure to be an expensive war of attrition, lasting at least a few months to a few years. On top of that, legal fees are an unpredictable expense. In the past, Chinese American scientist and professor Li Xiaojiang’s legal fees exceeded $200,000, and Professor Zheng Songguo’s legal fees surpassed that at $400,000. And if the lawsuit is lost, the plaintiffs must pay the opposing party’s legal fees. What’s more, checking and suppressing China’s growth is now a main political imperative for the United States. Although U.S. universities have responded positively to foreign student complaints about Order 10043, no school is willing to help Chinese exchange students take the government to court. Considering how a relatively small proportion of Chinese students will be affected by the ban each year and the order’s relatively low political priority, it will be difficult to inspire more widespread or senior-level attention from American universities.

Education and technological exchange are important parts of the China-U.S. cultural exchange, and they are highly significant to promoting a beneficial partnership between the two countries. On the one hand, the Biden administration is trying to satisfy calls by American universities and colleges to increase enrollment of Chinese exchange students and subsidize their tuition, but on the other hand, the Biden administration continues to suppress and violate the legal rights of Chinese exchange students, working completely against the philosophy of the open and free education it prides itself on. Its actions also run counter to the growing international talent exchange that is emblematic of our times, and counter to the desire shared by the U.S. and China to increase friendly exchange between their people. We should promote a strategy of open-style innovation, predicated on opposition to the United States’ scientific and technological hegemony and bullying. We want to continue expanding international technological cooperation and exchange, strengthen the foundations of scientific study, seek breakthroughs in key technologies, and realize our strategic goal of becoming a technological superpower.

*Editor’s note: Military-Civil Fusion is an aggressive, national strategy of the Chinese Communist Party. Its goal is to enable China to develop the most technologically advanced military in the world.

The author is the director of the Intellectual Property Rights and Science and Technology Security Research Center at the Law School of UIR.