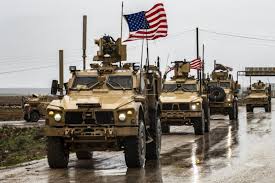 Biden’s policy review of the Arab country could increase the number of troops in the region, but analysts consider that possibility dangerous to regional stability.

In late June, a group of U.S. military personnel was targeted in an attack by a pro-Iran militia in northwestern Syria, hours after President Joe Biden ordered air strikes against similar groups in Syrian territory and neighboring Iraq.

This incident did more than highlight the growing clashes involving the U.S. and Tehran-supported militias; it also brought to light one of the current U.S. administration’s less transparent positions—policy with regard to Syria almost two years after former President Donald Trump announced an official withdrawal of U.S. troops.

Officially, there are no figures on how many U.S. troops are still in the Arab country, remnants of the intervention led by former President Barack Obama to bolster the Syrian Democratic Forces against the Islamic State in 2014.

The intervention was crucial in view of the offensive by the Syrian government with the support of Russia, in order to take back the positions of the extremists and weaken the group responsible for violent attacks in Europe, Asia, Africa and the Middle East. The intervention included such actions as the air strike that killed the Islamic State leader Abu Bakr al-Baghdadi in October 2019. The U.S. military has not been involved, at least not officially, in fighting with Bashar Assad’s allied forces in the long Syrian civil war.

As early as October 2019, just before Turkey’s incursion into areas controlled by Syrian Democratic Forces, mostly made up of Kurds seen as terrorists by Ankara, Trump announced the withdrawal of most of the U.S. forces from northwestern Syria, but kept some troops in the vicinity of oil and gas fields.

Although military advisers declared that these forces would serve as support for possible attacks against the Islamic State, Trump was emphatic in defining what was, for him, America’s central mission. “We’re keeping the oil. We have the oil. The oil is secure. We left troops behind only for the oil,” Trump said, alongside Turkish leader Recep Tayyip Erdogan, on Nov. 13, 2019.

According to estimates, there are about 900 soldiers in the vicinity of two facilities, at Green Village and Conoco, near Deir ez-Zor, where fighting is still ongoing. More than the economic aspects, maintaining these troops serves a strategic function, and a hasty withdrawal could deal a fatal blow to the Syrian Democratic Forces with potentially harmful consequences.

“The U.S. knows that if they leave Syria, they will open the door for an eventual return of the Islamic State, which needs wealth that can be traded, and an area rich in natural gas is very strategic,” Tanguy Baghdadi, professor of international policy at University Veiga de Almeida in Rio de Janeiro told Globo. Let’s say that the Islamic State can’t take over this region, then none of the other options are good for the U.S.; the other options would be Iran or Syria, which would also bring in Russia.

The Biden administration is currently conducting a policy review on Syria, and members of his cabinet, including Secretary of State Antony Blinken, have stated that positions taken by the last two presidents have enabled Bashar Assad’s military victory in the civil war, in addition to the consolidation of the Russian and Iranian presence. However, there is no date for the review to be submitted.

The Biden administration is trying to return to the agreement on Iran’s nuclear program, which calls for greater flexibility over Syria. It is also reassessing the effectiveness and the impact of sanctions and the role of President Erdogan, Joshua Landis, head of the Center for Middle East Studies at the University of Oklahoma, told Globo. This means that President Biden has not yet articulated a clear policy for Syria, nor has he prioritized Syria in his Middle East policy.

Even though it is far from being high on a list of American priorities, which include withdrawing troops from Afghanistan after two decades and shifting focus from the Middle East to Asia, Syria still influences some of the immediate diplomatic decisions America is making, including Iran itself.

Washington is pressing to include the issue of pro-Tehran militias in Syria, including their attack last month on operations in neighboring Iraq, in negotiations to revive the nuclear deal abandoned by Trump, either now or in the future, should conversations be successful. Bombings took place against armed groups in the region under Republican leadership and there have been two bombings against armed groups since the Democrats took control. In all these cases, action was justified as a response to provocation and received with indignation in Damascus.

The U.S. finds itself in a very complicated position. It is being attacked, and at the same time, it cannot show weakness. It is doing so to the point where it does not recognize that it has been attacked, as Professor Baghdadi pointed out when he referred to statements from the Pentagon denying attacks against U.S. positions on Syrian territory despite ample evidence. Perhaps this is the Biden administration’s biggest foreign policy challenge, that it’s not a simple matter of making a good decision. In any scenario, the U.S. finds itself between a rock and a hard place.

According to diplomats, the review of U.S. policy on Syria could result in a recommendation to increase its troops on Syrian soil, aimed at protecting positions of the Syrian Democratic Forces and potentially other groups opposed to Assad. This could be, for Baghdadi, another element of destabilization.

“I believe that if the U.S. opts for military reinforcement, we will see more attacks like the recent ones,” Baghdadi said. The country needs to be aware that this is a new invasion, the results of which are unknown. Look at the case of Afghanistan: they thought they would stay for two years and now they leave almost two decades later. Being a great power requires complicated decisions.

*The original content of this article is available with a paid subscription.